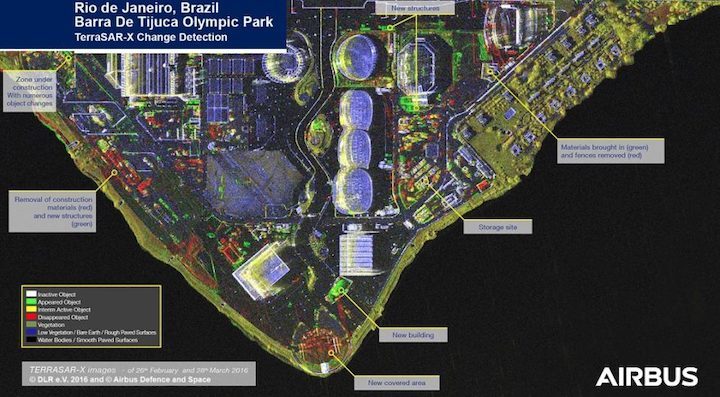 Article was corrected May 28 at 11:35 am Eastern time. Airbus has two Pleiades and two Spot satellites.

NASA plans “to enter into a sole source Blanket Purchase Agreement with Airbus Defence and Space GEO Inc. … for unique commercial optical and radar satellite imagery,” according to a notice posted May 6 on Beta.Sam.Gov, the federal acquisition website.

Each fall, NASA invites additional nongovernmental entities to apply for CSDAP if they provide consistent global coverage with a constellation of at least three satellites and collect data in nongeostationary orbits.

Airbus qualified for inclusion in CSDAP last fall but NASA has not yet determined what type of Earth observation data it will seek to acquire from the European aerospace giant.

“Once we have a contract in place, it will take about a year to understand if the products augment NASA’s existing suite of observations in a way that supports Earth system science and applied science,” Murphy said.

“Airbus also uniquely provides a suite of elevation data products derived from optical and radar commercial data, providing elevation data ranges anywhere in the world covering all requirements from large-area coverage to high resolution,” according to the Beta.Sam.Gov announcement. Airbus’ “combination of 0.5 meter spatial resolution Pleides-1a and Pleides-1b visible and near infrared imagery; 1.5 meter spatial resolution Spot-6 and Spot-7 visible and near-infrared imagery; and radar data from TerraSAR-X, Tandem-X and the Paz satellites will provide improved digital elevation retrievals at monthly intervals for large portions of the Earth,” the announcement added.

An Airbus spokesman declined to comment on the announcement.