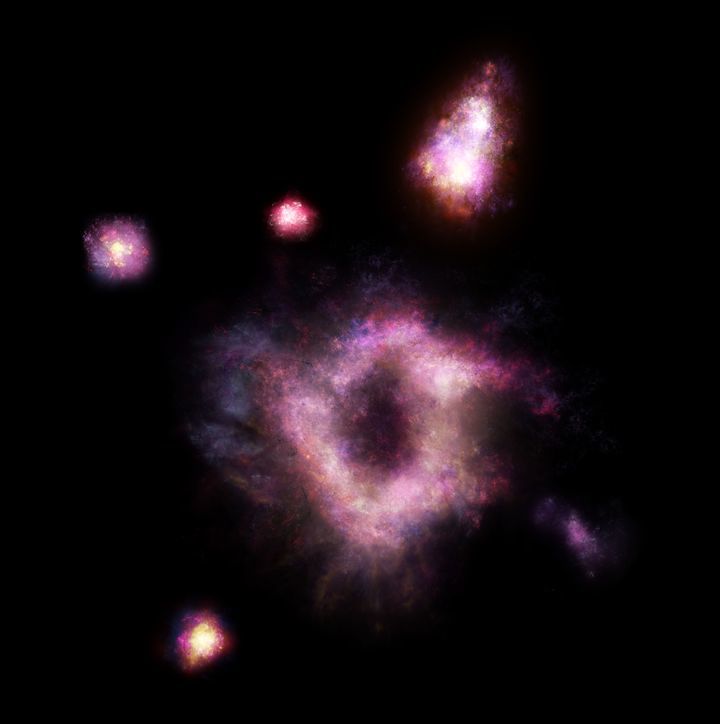 Astronomers have captured an image of a super-rare type of galaxy – described as a “cosmic ring of fire” – as it existed 11 billion years ago.

The galaxy, which has roughly the mass of the Milky Way, is circular with a hole in the middle, rather like a titanic doughnut. Its discovery, announced in the journal Nature Astronomy, is set to shake up theories about the earliest formation of galactic structures and how they evolve.

“It is a very curious object that we’ve never seen before,” said lead researcher Dr Tiantian Yuan, from Australia’s ARC Centre of Excellence for All Sky Astrophysics in 3 Dimensions (ASTRO 3D). “It looks strange and familiar at the same time.”

The galaxy, named R5519, is 11 billion light-years from the Solar System. The hole at its centre is truly massive, with a diameter two billion times longer than the distance between the Earth and the Sun. To put it another way, it is three million times bigger than the diameter of the supermassive black hole in the galaxy Messier 87, which in 2019 became the first ever to be directly imaged.

“It is making stars at a rate 50 times greater than the Milky Way,” said Dr Yuan, who is an ASTRO 3D Fellow based at the Centre for Astrophysics and Supercomputing at Swinburne University of Technology, in the state of Victoria.

“Most of that activity is taking place on its ring – so it truly is a ring of fire.”

Working with colleagues from around Australia, US, Canada, Belgium and Denmark, Dr Yuan used spectroscopic data gathered by the WM Keck Observatory in Hawaii and images recorded by NASA’s Hubble Space Telescope to identify the unusual structure. 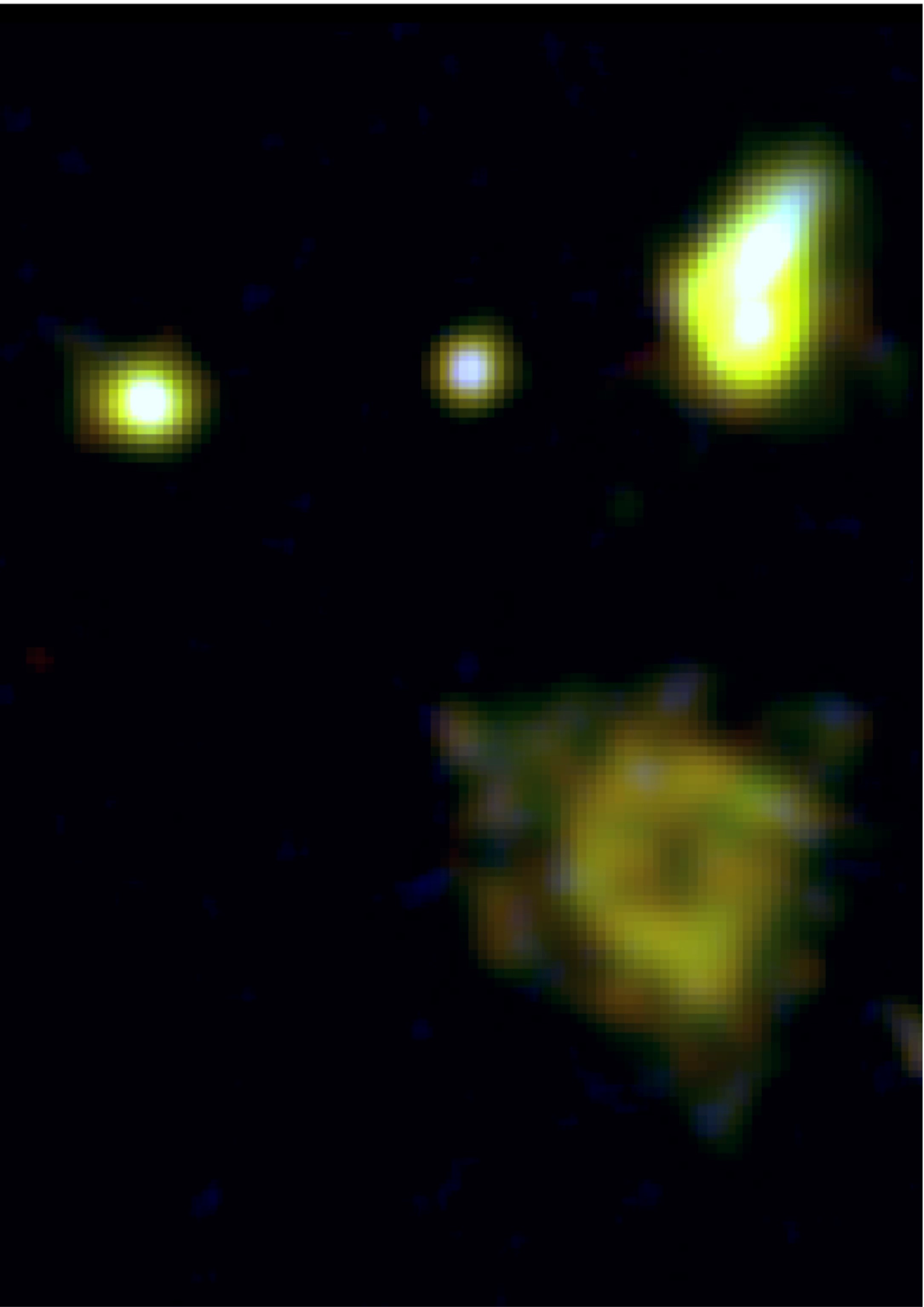 A composite image of the ring galaxy R5519 compiled from single-colour images taken by the Hubble Space Telescope.

The evidence suggests it is a type known as a “collisional ring galaxy”, making it the first one ever located in the early Universe.

There are two kinds of ring galaxies. The more common type forms because of internal processes. Collisional ones form – as the name suggests – as a result of immense and violent encounters with other galaxies.

An artist’s impression of how the ring galaxy formed.

In the nearby “local” Universe they are 1000 times rarer than the internally created type. Images of the much more distant R5519 stem from about 10.8 billion years ago, just three billion years after the Big Bang. They indicate that collisional ring galaxies have always been extremely uncommon.

“Further, constraining the number density of ring galaxies through cosmic time can also be used to put constraints on the assembly and evolution of local-like galaxy groups,” he added.

Another co-author, Professor Kenneth Freeman from the Australian National University, said the discovery had implications for understanding how galaxies like the Milky Way formed.

“The collisional formation of ring galaxies requires a thin disk to be present in the ‘victim’ galaxy before the collision occurs,” he explained.

“The thin disk is the defining component of spiral galaxies: before it assembled, the galaxies were in a disorderly state, not yet recognisable as spiral galaxies.”

“In the case of this ring galaxy, we are looking back into the early universe by 11 billion years, into a time when thin disks were only just assembling. For comparison, the thin disk of our Milky Way began to come together only about nine billion years ago. This discovery is an indication that disk assembly in spiral galaxies occurred over a more extended period than previously thought.”

Title: A giant galaxy in the young universe with a massive ring

2 ARC Centre of Excellence for All Sky Astrophysics in 3 Dimensions (ASTRO 3D), Australia.