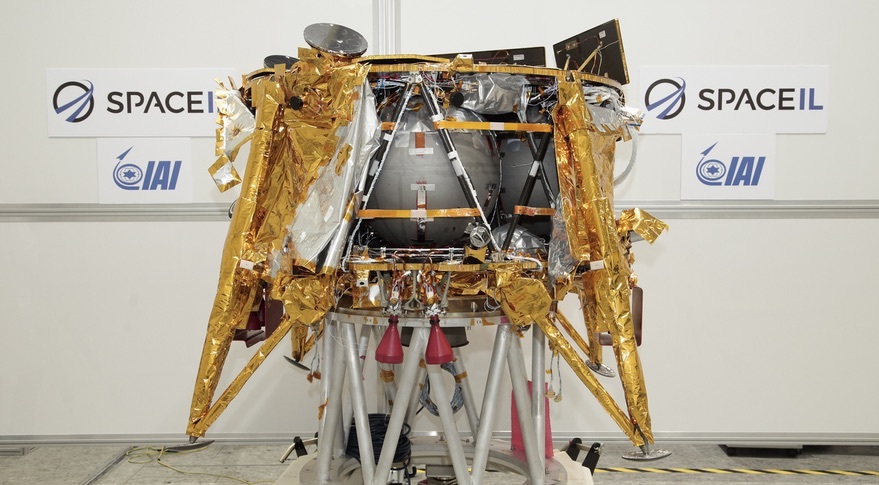 WASHINGTON — German space company OHB is moving ahead with plans to launch a commercial lunar lander mission in cooperation with Israel Aerospace Industries (IAI) in late 2022 as it looks for government and commercial customers.

OHB and IAI announced an agreement in January 2019 to cooperate on an initiative to deliver payloads to the lunar surface. Under that Lunar Surface Access Service (LSAS) program, OHB would serve as the prime contractor and handle payloads, while IAI provided a lander based on the design of SpaceIL’s Beresheet lander, which at time was approaching launch.

Beresheet failed to make a soft landing on the moon in April 2019 when the lander malfunctioned during its final descent to the lunar surface. However, the companies are pressing ahead with the program after making changes to the lander’s design.

“The lessons learned from Beresheet have already been implemented by IAI,” said Lutz Richter, senior project manager at OHB, during a May 12 presentation at the European Lunar Symposium online conference. That includes changes to avionics and flight software to prevent what he described as a “commanding error” that caused Beresheet to crash. IAI is also upgrading the star trackers on the lander.

An investigation into the cause of the Beresheet crash was wrapped up a month after the failed landing, although IAI did not disclose details about that investigation. “The redesign of the avionics is now been completed, and we’re moving ahead,” he said.

The lander OHB and IAI are offering for their LSAS program will be “much more capable” than Beresheet, Richter said. While Beresheet could only carry about five kilograms of payload and was designed to operate for three days after landing, the LSAS lander will accommodate 20 to 25 kilograms of payload and operate for eight days. Future versions of the lander could increase that payload capacity to as much as 80 kilograms.

OHB is still working to identify instruments to fly on the lander, which will be based on scientific priorities and their readiness for flight. A “provisional selection” of payloads he described in the presentation included geophysical science, such as magnetism and seismology, as well as in situ resource utilization experiments to measure volatiles in the lunar regolith and test sintering of regolith.

The first LSAS lander is scheduled for launch in late 2022, flying, like Beresheet, as a rideshare payload on a commercial geostationary satellite launch. Richter said OHB is still identifying customers, citing as one possibility the European Space Agency.

“ESA has been considering lunar landing missions because there are a number of high-priority science payloads in Europe that want to be flown to the moon,” he said. “ESA and other stakeholders in Europe are seriously considering to draw upon commercial service providers.”

Richter said he expected a mix of customers for that first mission, including ESA, national space agencies and companies, along with investment from OHB and IAI. “We’re not expecting customers to bear all of the costs for this mission,” he said.

OHB is not the only company using a version of the Beresheet lander. In July 2019, Firefly Aerospace announced it signed an agreement with IAI to use the Beresheet lander technology for its own lunar lander, called Genesis. Firefly is one of 14 companies in NASA’s Commercial Lunar Payload Services (CLPS) program for the commercial delivery of NASA science and technology demonstration payloads to the lunar surface.

Firefly used the Genesis design in its bid for the most recent CLPS task order, which NASA awarded April 8 to Masten Space Systems. Firefly officials later said their proposal got a favorable technical evaluation from NASA but had a higher price than the Masten bid, and that they plan to refine the lander concept for future CLPS task orders.

In a separate presentation at the symposium May 12, Steve Clarke, NASA deputy associate administrator for exploration in the agency’s Science Mission Directorate, said that the agency had completed its evaluation of proposals for a separate CLPS task order, covering the delivery of NASA’s VIPER rover to study ice believed to exist in permanently shadowed craters at the lunar poles. He said an award for that mission should be announced in June.