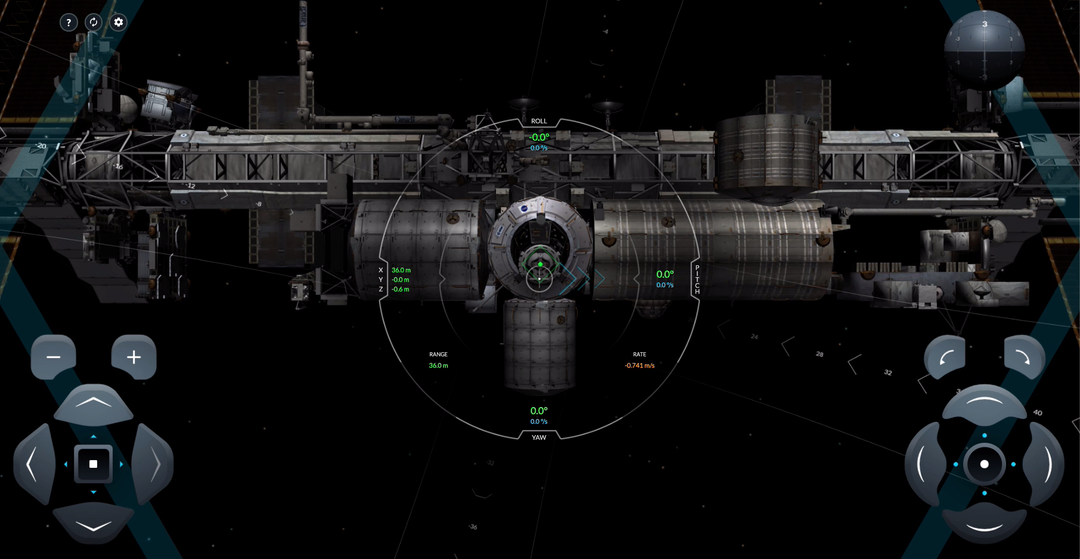 A screenshot of SpaceX's official Crew Dragon simulator as it approaches the International Space Station.
SpaceX

When astronauts Bob Behnken and Doug Hurley fly to the International Space Station this month, their futuristic ride will include state-of-the-art touchscreens and autonomous systems light-years beyond what they saw during the space shuttle era.

On May 27, they'll be at the helm of SpaceX's Crew Dragon capsule, keeping an eye on its computer-controlled movements as it slowly approaches the station. Every aspect of their mission is critical, but it becomes especially challenging when approaching a massive outpost traveling at 18,000 mph some 250 miles above Earth.

To help convey what Behnken and Hurley will experience, SpaceX released a simulator Tuesday that allows anyone to "fly" Crew Dragon as it approaches the ISS. It begins 200 meters, or 656 feet, away and includes on-screen controls for speed, translation, roll, pitch, and yaw.

Because it's browser-based at iss-sim.spacex.com, the simulator doesn't even require an app or separate download. The controls will appear as buttons on desktop and mobile devices.

Full disclosure: this reporter failed on the first attempt. Try keeping your forward speed out of the red zone and use a physical keyboard if you can. The W, A, S and D keys control translation (up, down, left, right) movements; Q and E control forward and backward speed; the < and > keys control roll; and the arrow keys control pitch and yaw.

SpaceX included an Easter egg in the simulator, too: flat Earth believers can toggle between a spherical and flat version of our home planet in the upper-left settings pane.

If schedules hold, Crew Dragon will launch on a Falcon 9 rocket from Kennedy Space Center's pad 39A at 4:32 p.m. May 27. It will mark the first time American astronauts launch from U.S. soil since the end of the space shuttle program in 2011.