One cannot be sure that the Universe is definitely ‘silent,’ although no artificial signals from it are registered today, according to Roscosmos executive director 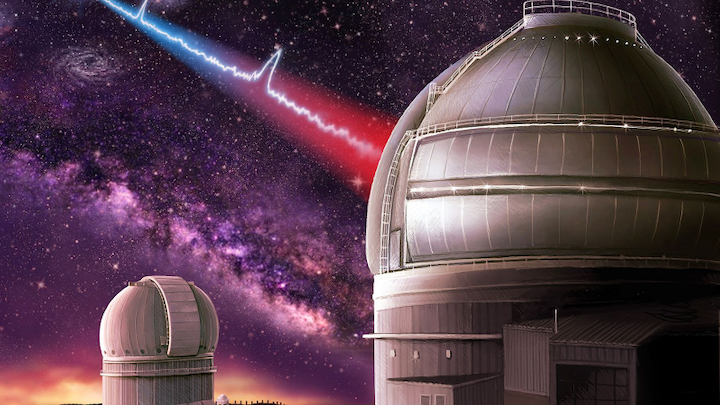 Signals of extraterrestrial civilizations may be coming to Earth already now but a probability exists that humans simply fail to understand their principle, Roscosmos Executive Director for Long-Term Programs and Science Alexander Bloshenko told TASS on Tuesday.

One cannot be sure that the Universe is definitely ‘silent,’ although no artificial signals from it are registered today, he pointed out.

"It is quite possible that some signals based on non-classical principles incomprehensible for us today are going through Earth," Bloshenko said.

The discovery of planets in other stellar systems in the ‘habitable zone’ indirectly points to the presence of places in the Universe favorable for the emergence of life, he said.

"Currently, it is conclusively known that about 4,000 exoplanets [the planets of other stars] exist. At the same time, over two trillion galaxies are located in the visible part of the Universe and in each of them trillions of planets may exist. And the probability that life similar to ours exists on any of them is quite big," the Roscosmos official said.

The studies of carbon-containing meteorites reveal substances in their structure that are metabolic waste products in terrestrial conditions. In particular, these are "organized elements" — microscopic "unicellular" formations 5-50 microns in size that frequently have distinct double walls, pores, spikes and so on. It has not been definitely proven that these fossils belong to the remains of some forms of extraterrestrial life, the scientist said.

As of today, scientists have no information on the highly organized extraterrestrial life, he said.