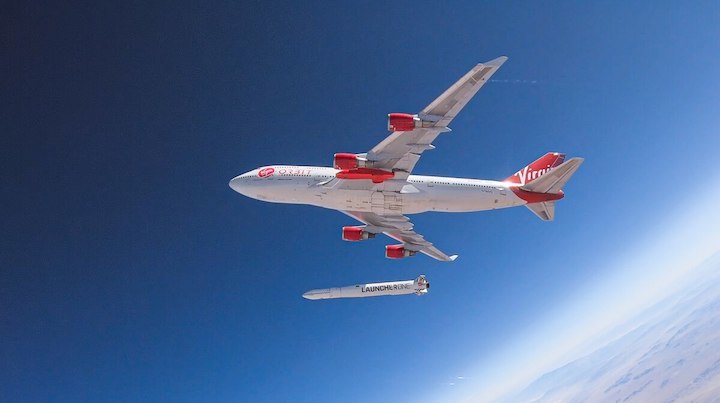 VOX Space has received approval to launch payloads into orbit from Guam, the company announced May 7, and its first launch there will place experimental cubesats on orbit for various government agencies.

The Virgin Orbit subsidiary said it signed an agreement with the Department of the Air Force that will allow it to conduct launch missions with its LauncherOne system from Andersen Air Force Base in Guam. Unlike traditional launch operations where the rockets start from a vertical position on a pad, the LauncherOne rockets are launched in midair from a Boeing 747 aircraft.

“Lt. Gen. John Thompson and his team at the Space and Missile Systems Center have also provided visionary leadership throughout this process,” VOX Space President Mandy Vaughn said in a statement. "We’re very excited to demonstrate the flexibility and mobility that only LauncherOne can offer.”

The company believes Guam is an ideal base for its launch operations due to the island’s low latitude and clear launch trajectories in almost all directions, enabling the LauncherOne system to deliver payloads to effectively all orbital inclinations.

“Launching from Guam gives us easy access to every orbital inclination our customers need. With our air-launched system, we will fly out as any other airplane, move out to sea and release our rocket. Our minimal footprint coupled with Guam’s natural launch location results in a great match,” Virgin Orbit CEO Dan Hart said in April as the company worked to win approval for its Guam-based launch plans.

VOX Space’s first launch from Guam will be Space Test Program-27VP, a U.S. Space Force mission that will place several experimental and technology demonstrator cubesats from a number of government agencies on orbit. The STP-27VP launch was secured via the Defense Innovation Unit under the Rapid Agile Launch Initiative.

In April, VOX Space was awarded a $35 million tax order to launch 44 technology demonstrator satellites into orbit. That effort will include three LauncherOne vehicles, with the first launch tentatively slated for October 2021.