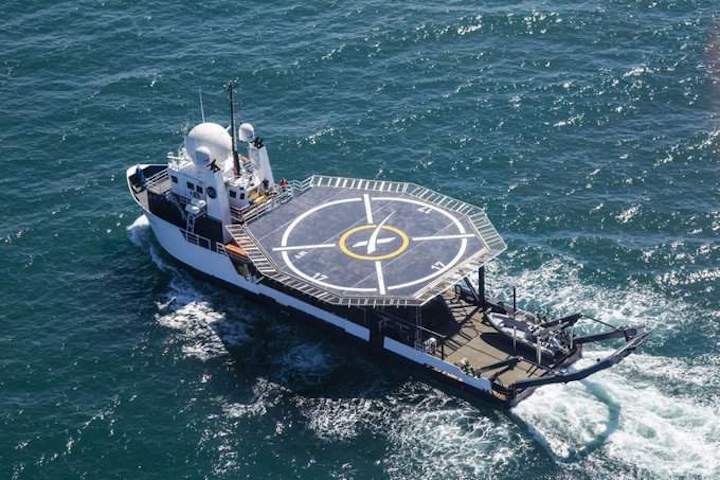 Preparing for the first astronaut launch from Florida’s Coast in almost a decade, SpaceX’s boat Go Searcher and crew were out running some drills Friday when they plucked a stranded boater out of the Atlantic Ocean, according to Port Canaveral officials and the U.S. Coast Guard.

The Go Searcher vessel was practicing recovering the Crew Dragon capsule when its crew pulled a man from the ocean around 1 p.m., according to the Port Authority. The spacecraft will land in the Atlantic after returning from space or in the event of a launch abort.

According to the U.S. Coast Guard, "Sector Jacksonville received an emergency phone call at 11:20 a.m. from a disabled 27-foot center console boat reporting a boater had been pulled away by the current from the vessel while trying to remove fouling from the props.” 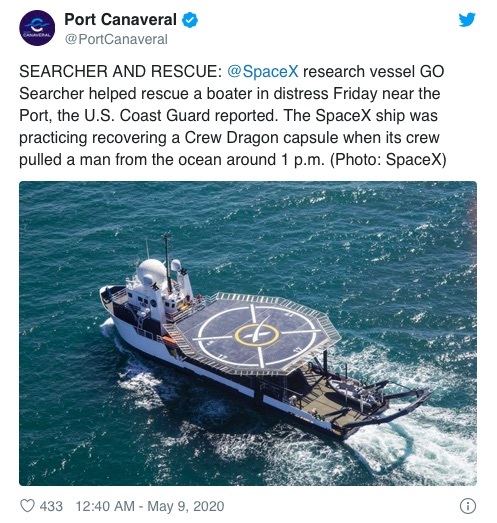 Go Searcher and its crew rescued the 54-year-old man and transferred him to a Coast Guard Port Canaveral boat. The man was wearing a life jacket and in good condition, according to the Coast Guard.

SpaceX has several boats it uses to capture spacecraft and rocket hardware at sea, including two boats it uses to land rocket boosters on and another with a giant net designed to catch pieces of the Falcon 9 rocket nose cone. SpaceX lands its boosters at sea or on land after most launches and then flies them again.

The private space company is set to make history on May 27 when it launches two NASA astronauts in the Crew Dragon from Kennedy Space Center, marking the first time U.S. astronauts will launch from American soil since 2011.