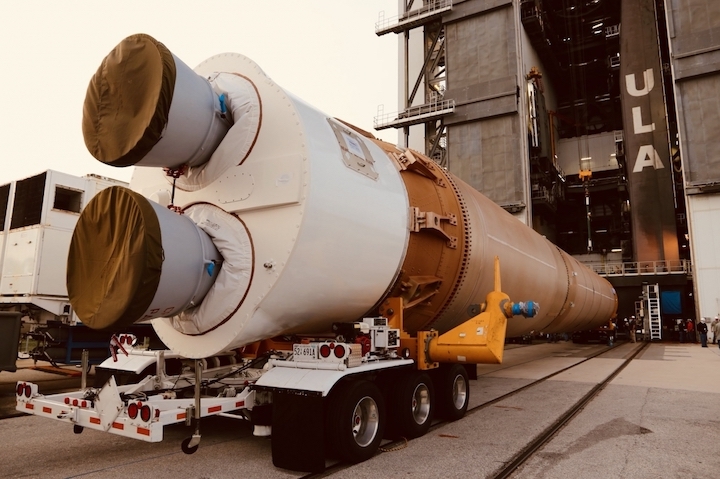 United Launch Alliance (ULA) path to the USSF-7 launch achieved a major milestone on Thursday during “Launch Vehicle on Stand (LVOS)” operations. This marks the beginning of the final assembly of the launch vehicle inside the Vertical Integration Facility (VIF) at SLC-41, which is located at Cape Canaveral Air Force Station.

For the mission, ULA will be launching an Atlas V in the 501 configuration. This means that a five meter fairing will be used with a Centaur upper-stage featuring a single Aerojet Rocketdyne RL-10C engine.

After being manufactured at the company’s rocket factory in Decatur, Alabama – the Centaur and the Atlas V first stage were loaded onboard ULA’s transport ship called the R/S RocketShip. The Ship departed Decatur on Sept 27, 2019. The departure came only hours after the former M/V Delta Mariner was renamed the R/S RocketShip. 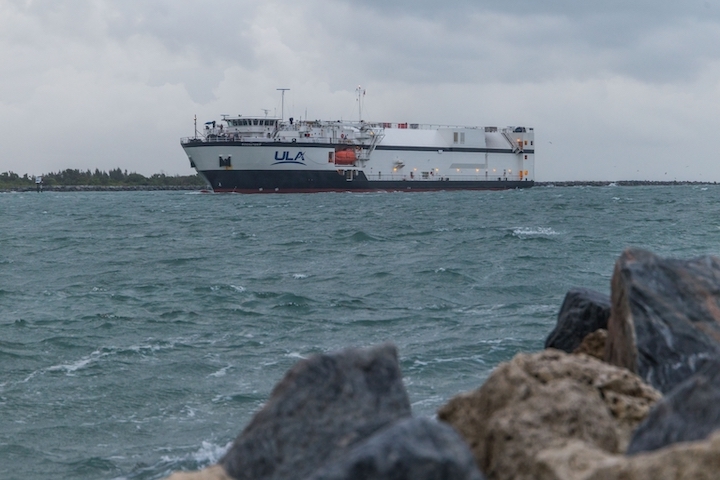 After the 2,000 mile voyage, the ship arrived in Cape Canaveral on Oct 6, 2019. The ship is operated by Foss Maritime.

The next day, the stages were offloaded from the R/S RocketShip. The Atlas V first stage and Centaur were then moved to a hanger at the Atlas Spaceflight Operations Center at Cape Canaveral Air Force Station. The flight hardware remained there for storage and further processing until needed for these recent events.

Before the establishment of the United States Space Force by the current administration, the mission was known as AFSPC-7. After the Space Force was established, the designation changed to USSF-7.

For LVOS day, the Atlas V first stage, which is 107 feet long was rolled from the Atlas Spaceflight Operations Center to SLC-41. By the morning of April 23, the first stage had arrived at the VIF. 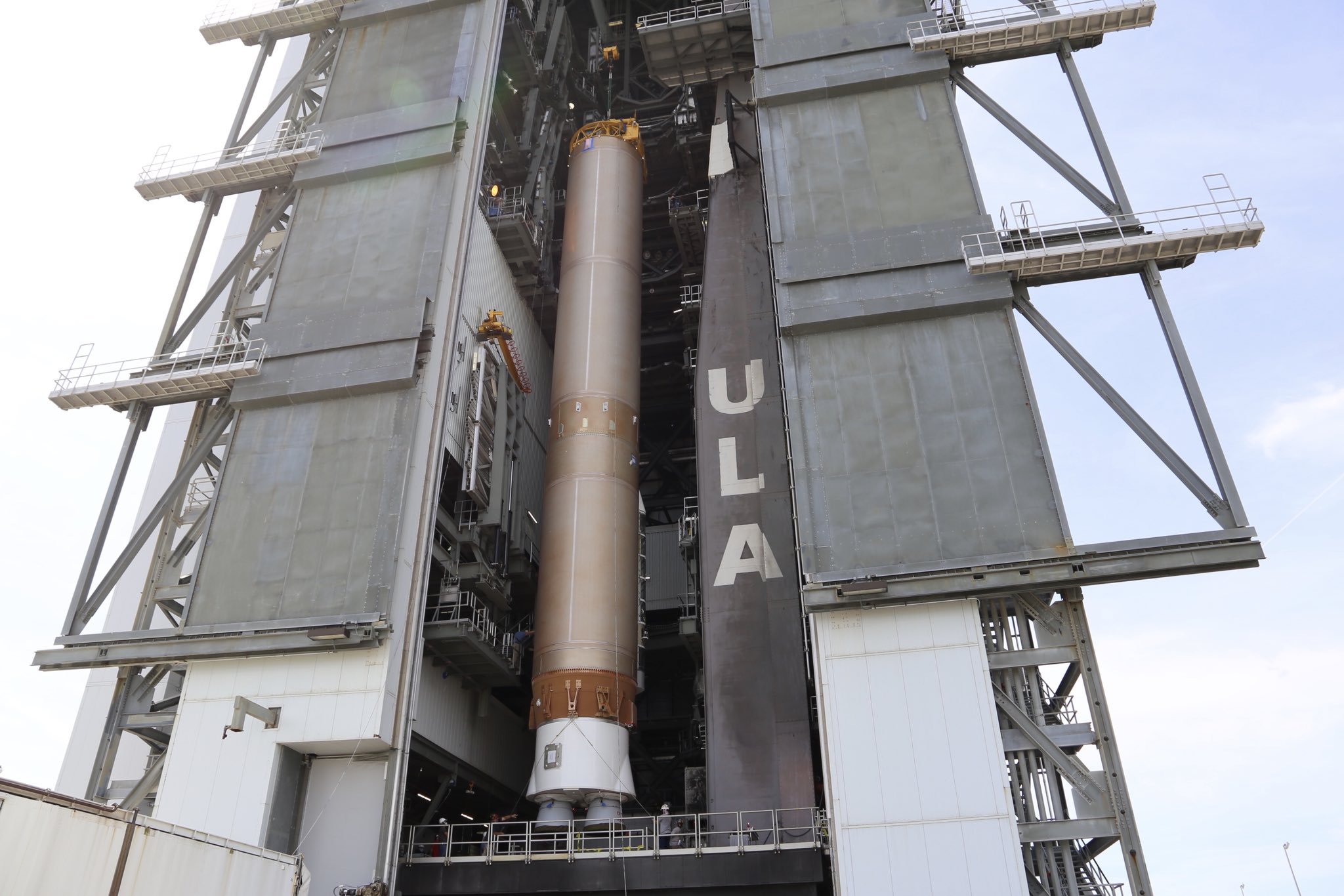 The first stage booster was then slowly rotated from the horizontal position to vertical using the overhead crane atop the VIF and the ground handling fixture.

The USSF-7 mission will launch the Boeing X-37B spaceplane into Earth orbit for the US Space Force. The mission is also known as OTV-6.

The X-37B was in space on OTV-5 for two years or 717 days in space, which broke the previous record total time in space by a spacecraft. This record was previously held by Space Shuttle Discovery (OV-103) which clocked up a total of a year over her entire career.

The history of the X-37 program goes back to 1999 when NASA selected Boeing to develop the spacecraft. The X-40 was also developed to test the gliding capabilities of the X-37 design between 1998 and 2001. For the drop tests on the X-40A, a UH-60 Black Hawk was used to lift the glider to the proper altitude. 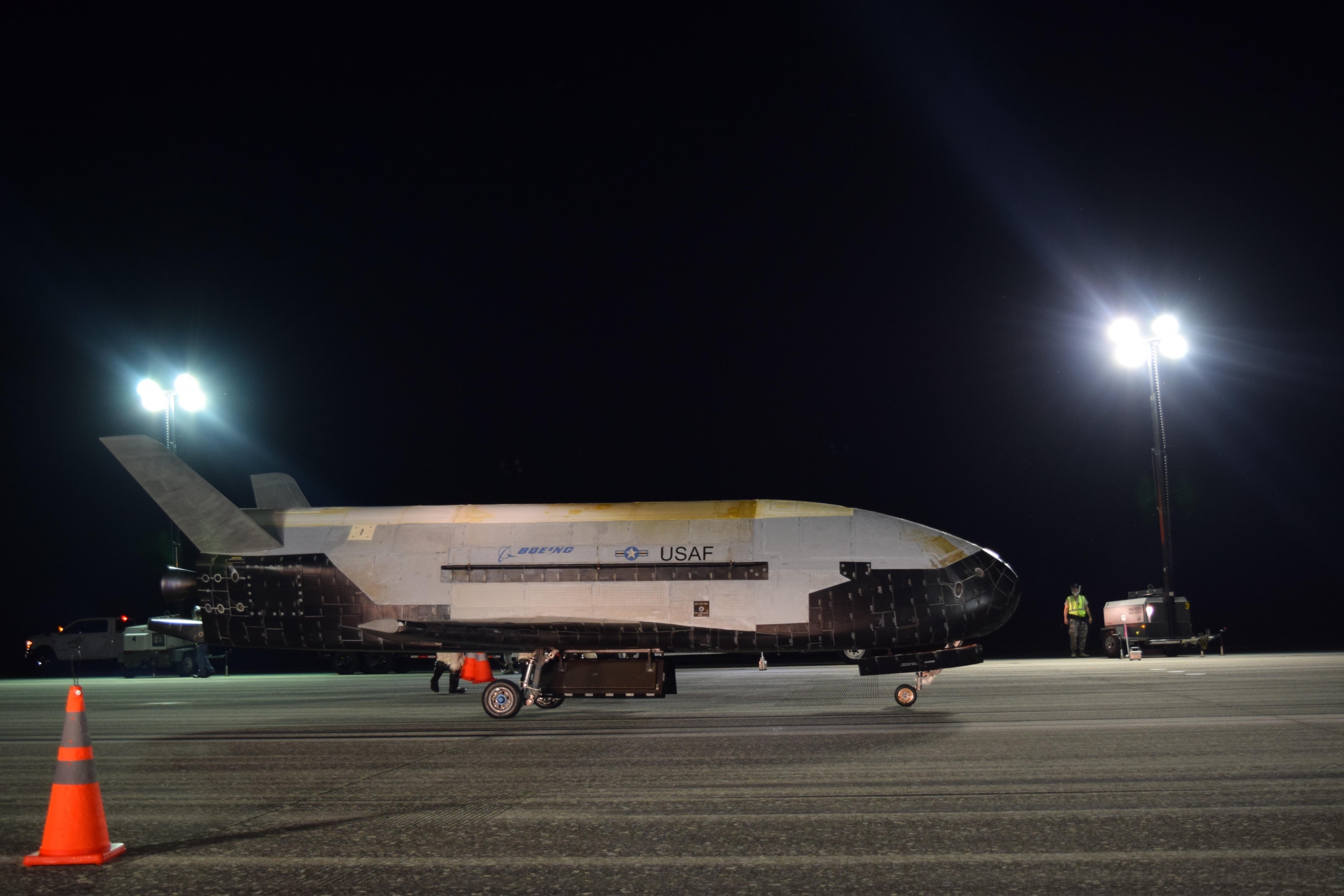 In 2003, the program was transferred to the United States Air Force as a part of DARPA.

The spaceplane shares some similarities to the Space Shuttle, which include the manufacturer, the Thermal Protection System, and a payload bay.

The X-37B was manufactured by Boeing, which was the same as the Shuttle since Rockwell North American became part of Boeing. The Thermal Protection System (TPS) also uses a system of tiles and blankets depending on the heat loads on a certain space. The Boeing CST-100 Starliner also includes similar TPS.

The payload bay on the X-37B includes a solar array that is deployed on orbit and after the doors are open. The spacecraft also included radiators and space for classified payloads. 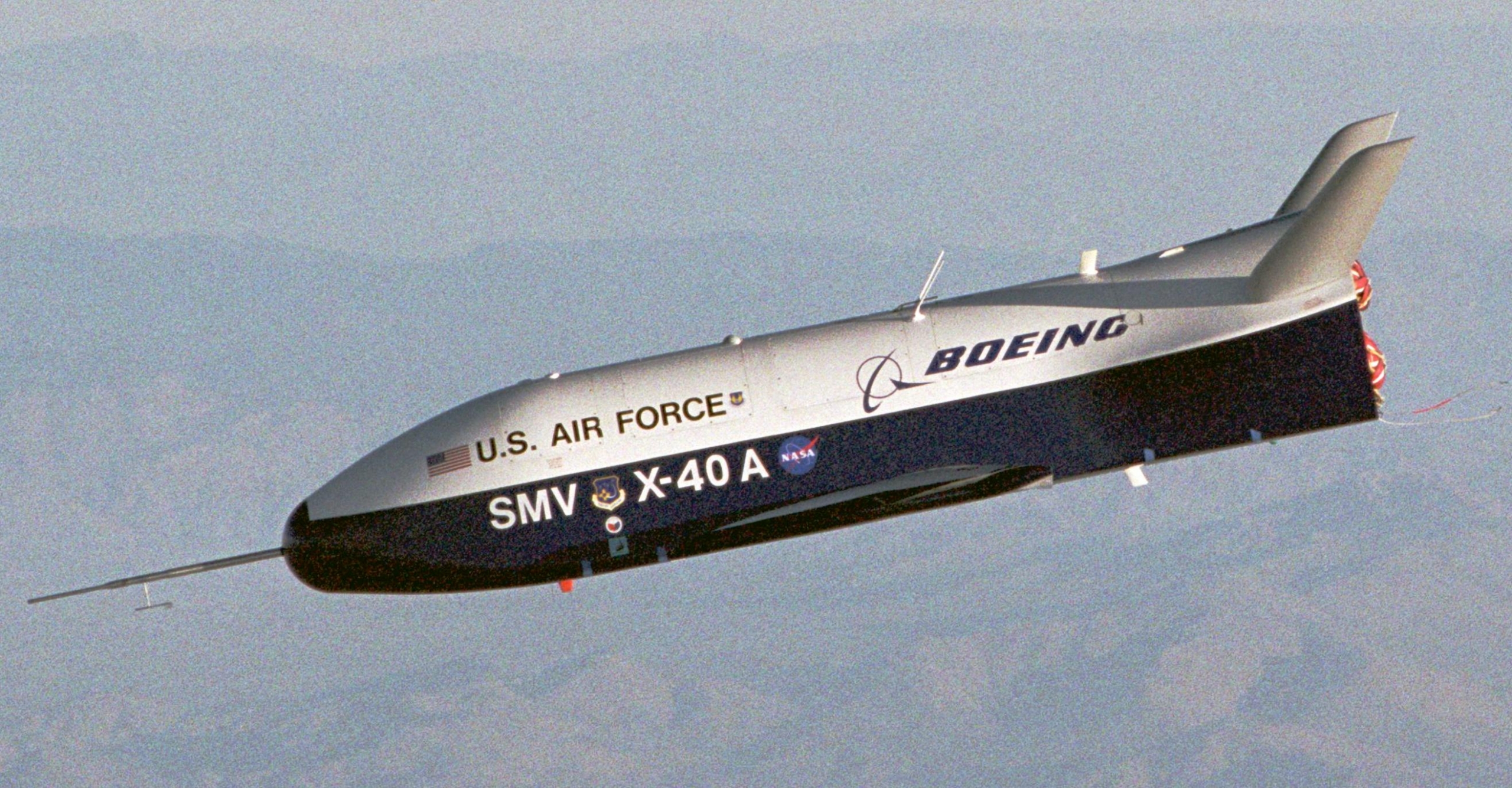 The X-40A as seen during a glide test. Photo credit: NASA.

Many of the details regarding specific missions and the X-37B spacecraft itself is highly classified by the United States government.

The first X-37B flight, OTV-1 occurred in 2010. The second X-37B built flew on its maiden voyage on OTV-2 in 2011. The first two orbital flights of the program landed at Vandenberg Air Force Base in California. Like the Soviet Space Shuttle Buran, the landings are autonomous.

Currently, both X-37Bs in existence are operated out of Florida and utilize Orbiter Processing Facility-1 and 2 (OPF-1, OPF-2), which were formerly used to refurbish Space Shuttle Orbiters.

In the next weeks, the Centaur upper stage will be rolled over to SLC-41 and integrated onto the Atlas V stack inside of the VIF. After final tests are complete, the payload will arrive in the VIF and will also be integrated into the launch vehicle.

The USSF-7 mission will be the 139th flight for ULA, and the second for the United States Space Force after AEHF-6.

The launch of the USSF-7/OTV-6 mission is currently scheduled for May 16. Notably, this launch date was moved up four days to allow ULA an additional buffer for their flow towards the flagship launch of the Mars 2020 Rover.