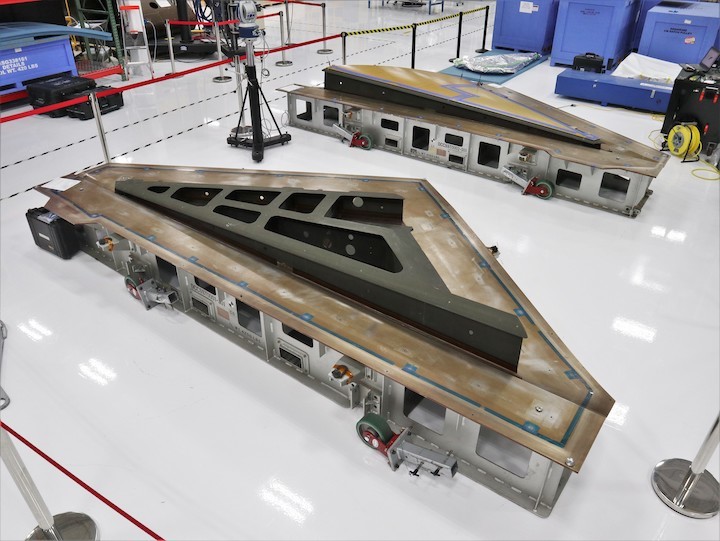 Sierra Nevada Corporation (SNC), the global aerospace and national security leader owned by Eren and Fatih Ozmen, uncrated both wings for its Dream Chaser spaceplane this month at the company’s Louisville, Colorado production facility. The wings’ arrival kicks off the much-anticipated integration phase of a beautiful and critical differentiator for Dream Chaser, the world’s only spaceplane owned by a private company and under contract with NASA.

“The wings are here and now we truly have butterflies in anticipation of this integration phase for Dream Chaser,” said SNC President Eren Ozmen. “Our spaceplane looks and functions unlike anything else in space – more technologically advanced but with all the heritage of the space shuttle program in its design. Dream Chaser’s first flight will be a soaring moment for all of us.”

The arrival kicks off the integration of the complex Wing Deployment System (WDS) as part of the continued assembly and integration of the vehicle. With their innovative folding design, the wings are stowed in the fairing ahead of launch. After the launch vehicle separates, the WDS deploys the wings and locks them into place. Dream Chaser’s steeply angled wings function as stabilizers for the lift generated by the body of the vehicle.

“The wings for Dream Chaser presented an interesting design challenge,” said Dream Chaser program director John Curry. “Not only must they survive in low-Earth orbit like a satellite, but they need to be operational in Earth’s atmosphere, like an aircraft.” Just like the structural body for Dream Chaser, the wings were manufactured by Lockheed Martin in Texas, a subcontractor to SNC, and are single bonded composite structures. This state-of-the-art technology saves weight without compromising strength and stiffness.

Dream Chaser is under contract with NASA for at least six cargo resupply and return service missions to the International Space Station under the Commercial Resupply Services 2 (CRS-2) contract.  The Dream Chaser and attached Shooting Star transport vehicle can carry up to 12,000 pounds of supplies and other cargo, and returns delicate science to Earth with a gentle runway landing.

About Dream Chaser Spacecraft
Owned and operated by SNC, the Dream Chaser spacecraft is a reusable, multi-mission space utility vehicle. It is capable of transportation services to and from low-Earth orbit and is the only commercial, lifting-body vehicle capable of a runway landing. The Dream Chaser Cargo System was selected by NASA to provide cargo delivery and disposal services to the International Space Station under the Commercial Resupply Services 2 (CRS-2) contract. All Dream Chaser CRS-2 cargo missions are planned to land at Kennedy Space Center’s Shuttle Landing Facility.

About Sierra Nevada Corporation
Owned by Chairwoman and President Eren Ozmen and CEO Fatih Ozmen, SNC is a trusted leader in solving the world’s toughest challenges through best-of-breed, open architecture engineering in Space Systems, Commercial Solutions, and National Security and Defense. SNC is recognized among the three most innovative U.S. companies in space, as a Tier One Superior Supplier for the U.S. Air Force, and as one of America’s fastest growing companies. SNC’s 55-year legacy of state-of-the art civil, military and commercial solutions includes delivering more than 4,000 space systems, subsystems and components to customers worldwide, and participation in more than 450 missions to space, including Mars.