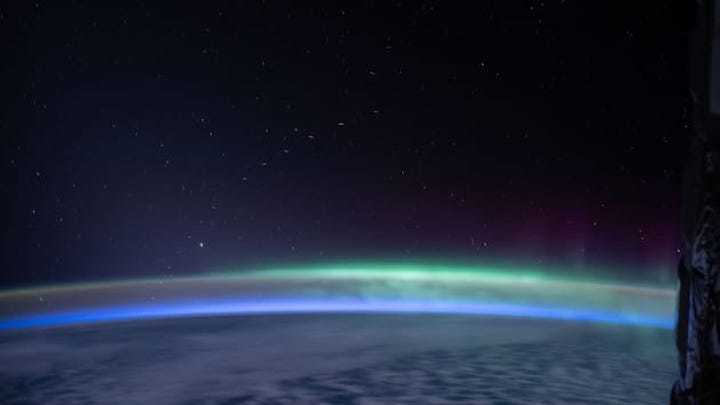 A photo taken by an astronaut from the International Space Station on April 13, 2020.
NASA

An astronaut on the International Space Station last week captured a unique view of SpaceX’s Starlink satellites – photographing a group of the satellites in space, from space.

Starlink is SpaceX’s plan to build a network of about 12,000 small satellites to provide high-speed internet to anywhere in the world. The company has launched 360 Starlink satellites in the past year and aims to begin offering early, limited service later in 2020.

The train of Starlink satellites that were photographed are SpaceX’s fifth Starlink launch.

A cropped and edited photo shows the trail of Starlink satellites in this photo taken by an astronaut from the International Space Station on April 13, 2020.
NASA

Jonathan McDowell, an astronomer at the Harvard-Smithsonian Center for Astrophysics, shared a data visualization of the locations of the Starlink satellites when the photo was taken. 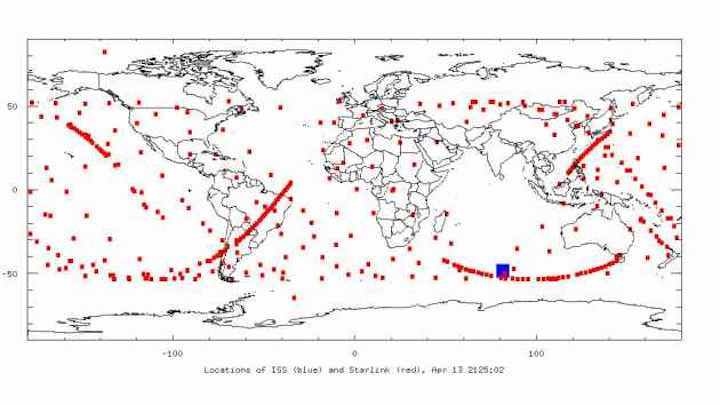 Starlink is an ambitious project that will require billions in capital to succeed, given the costs of building the required ground infrastructure in addition to the hardware and operating costs of the satellites in space. SpaceX has said it expects it will cost about $10 billion or more to build the Starlink network.

Starlink will make the company the world’s largest satellite operator by number of spacecraft. If SpaceX can overcome the technological challenges of building and distributing this service, the company is optimistic on its potential demand and revenue. SpaceX CEO Elon Musk in May told reporters that Starlink could bring in revenue of $30 billion a year – or about 10 times the highest annual revenue it expects from its core rocket business.