Spotting the 10-15 meteors per hour expected at event’s peak will be challenging, but not impossible 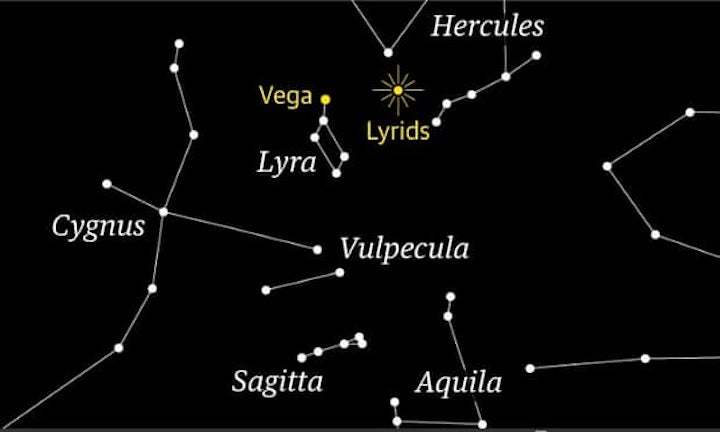 This week’s must-see naked-eye celestial event is the Lyrid meteor shower. This is one of the oldest meteor showers, with Chinese references dating back to more than 2,500 years ago. Modern analysis shows that the meteors are dust ejected by Comet Thatcher, which orbits the sun once every 415 years. Currently in the depths of the outer solar system, Comet Thatcher will return in the year 2276.

The Lyrids are an active meteor shower from 16 to 25 April, but the peak this week could happen in the early hours of 22 April or later that night as 22 becomes 23 April. They are called Lyrids because they emanate from a point in the constellation Lyra, the lyre. Between 10-15 moderately bright meteors are expected per hour at the storm’s peak. The chart shows the view looking north-east from London on 22 April at 11pm BST. Unfortunately, Lyra never rises very high in the southern hemisphere. This will make seeing the Lyrids challenging, but not impossible.