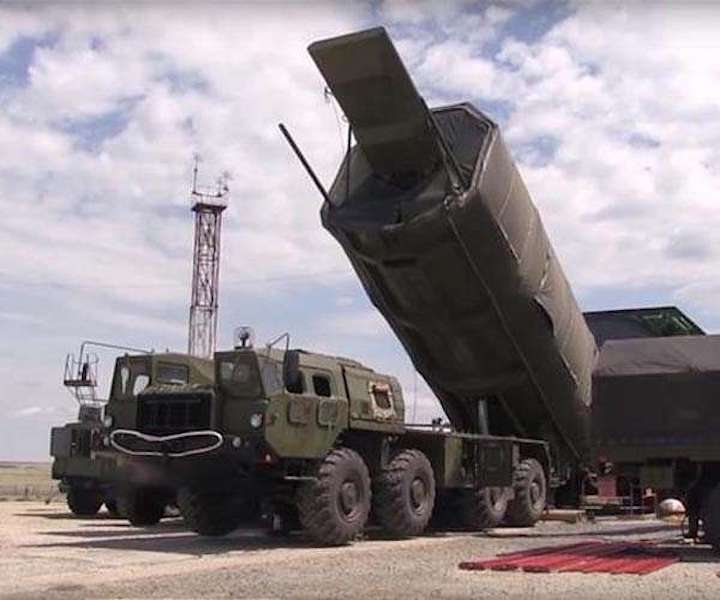 Russian Foreign Minister Sergei Lavrov said Tuesday that Moscow is open to holding talks with the United States on the development of advanced weapons, including hypersonic missiles.

He said any discussions on the matter would include talks about the Comprehensive Nuclear Test Ban Treaty and on weapons in outer space.

"We are willing to engage in talks about new types of weapons, including hypersonic weapons, within the context of taking into account ... all the factors that have a bearing upon strategic stability," he said during a live stream briefing with the press.

"I refer in particular to the plans of placing weaponry in outer space. I refer to strategic weapons that are not equipped with nuclear warheads. I refer to the Comprehensive Nuclear Test Ban Treaty."

Lavrov's comments come amid a cooling of relations between Russia and the United States, in particular regarding arms control. President Donald Trump pulled the United States out of the Intermediate-Range Nuclear Forces Treaty in August, accusing Russia of violating the terms of the agreement.

Both countries have since ramped up the development of weapons outside the terms of that treaty. In March, the U.S. Army and Navy began testing a hypersonic glide body in Hawaii.

Hypersonic weapons can fly at speeds greater than five times the speed of sound and are highly maneuverable, enabling soldiers to strike targets hundreds or even thousands of miles away in a matter of minutes.

Lavrov said Moscow is also ready to talk to Washington, D.C., about the issue of weapons in outer space.

"As for outer space, incidentally speaking, we are ready to talk with U.S. colleagues not only about the long-standing Russian-Chinese initiative aimed at preventing the deployment of weapons in outer space. ... But we are ready, while continuing discussions on this issue, to hash over cooperation in the peaceful use of outer space," he said.