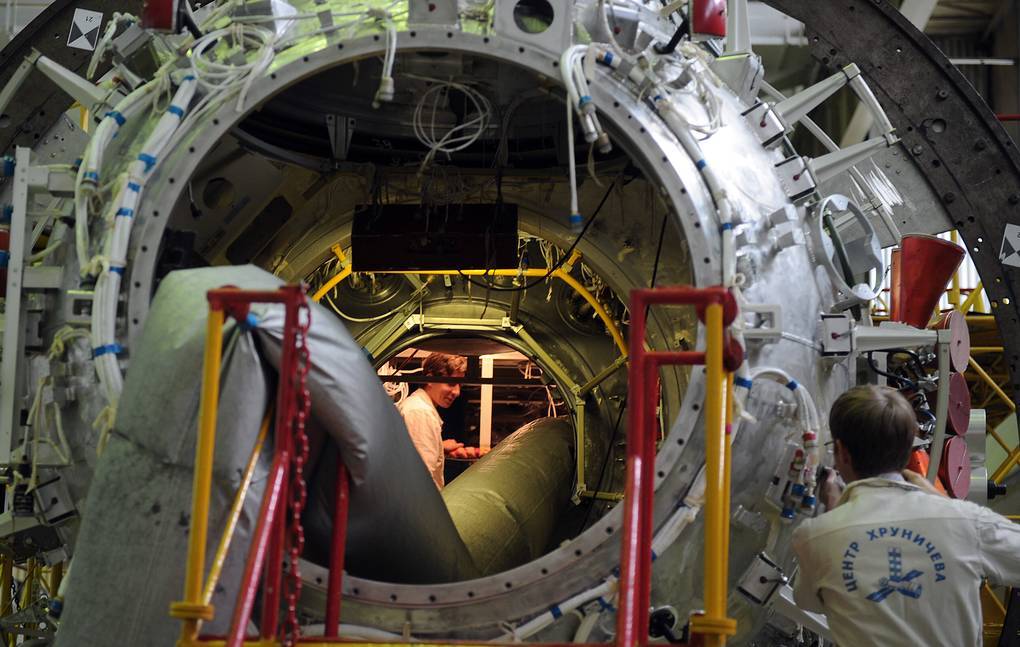 Specialists of the Khrunichev Space Center expect to complete the trials of the Nauka multi-functional laboratory module in May, Head of Russia’s State Space Corporation Roscosmos Dmitry Rogozin wrote on his Twitter account on Thursday.

"The Khrunichev Center: continuous tests of the multi-functional laboratory module for the Russian segment of the ISS [International Space Station] before its dispatch to Baikonur. The specialists hope to complete the work in May," the Roscosmos chief said.

As Rogozin stressed, the module’s launch will take place "early next year."

A source in the domestic space industry earlier told TASS that the tests of the Nauka research module continued despite days off declared in Russia over the coronavirus. As the source specified, autonomous trials of the module’s propulsion unit are currently underway, after which the lab will undergo pneumatic and vacuum trials, following which a special echelon will be formed to deliver the Nauka module to the Baikonur spaceport in Kazakhstan.

The module’s construction began in 1995. Russia initially planned to launch the Nauka lab to the ISS as a back-up of the Zarya compartment (the station’s first module that continues its flight as part of the orbital outpost) but the launch was numerously delayed. In 2013, the Nauka module was sent to the Khrunichev Space Center after metal chips were found in its fuel system.

The Nauka multi-functional laboratory module can generate oxygen for six people and regenerate water from the urine. The Nauka will provide a second toilet for Russian cosmonauts (the first is located in the Zvezda module) and a room for the third crewmember. It will also use the European Robotic Arm (ERA) that will help perform some operations without spacewalks.