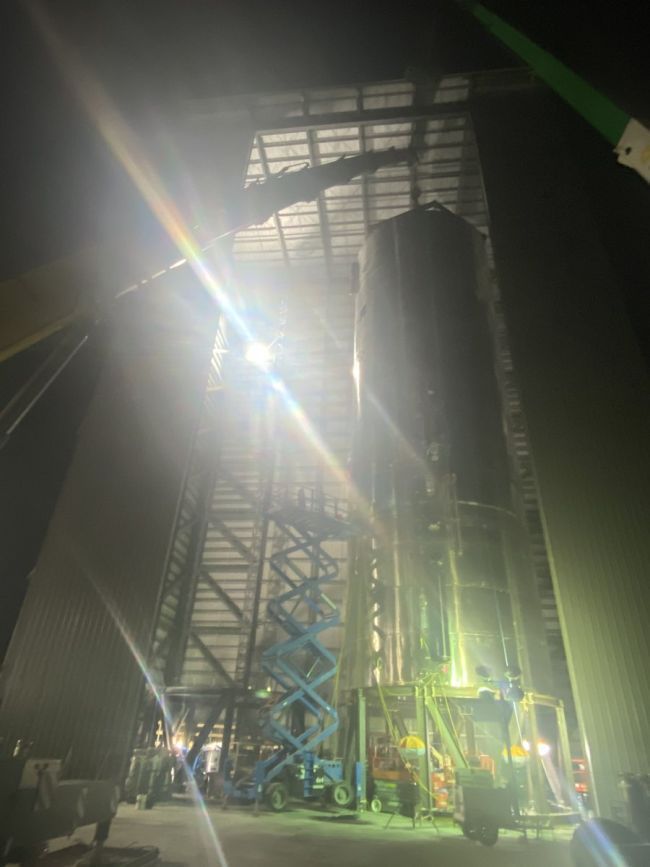 The latest test version of the Mars-colonizing Starship spacecraft, called the SN3, has been stacked at SpaceX's South Texas facilities, new photos tweeted out by company founder and CEO Elon Musk show.

Musk posted two images on Twitter about 45 minutes apart early Thursday morning (March 26). The first shows the SN3's tank and engine sections sitting side-by-side in an assembly facility, and the second shows them joined. (Musk didn't provide much in the way of context, writing simply "SN3.")

SN3 is short for Serial No. 3; the prototype is the third iteration of the latest Starship design. Completion of the stacking milestone suggests that SpaceX, which has been moving very quickly on the Starship project, will begin testing the vehicle soon.

Such testing will begin with pressure trials, which have felled other Starship prototypes. But if the SN3 makes it through that gauntlet, it will likely get to spread its wings. Musk has said he aims to conduct short flights in Earth's atmosphere with the SN3, then fly higher and longer test missions with the SN4.

Starship is designed to launch atop a huge rocket called Super Heavy, which will have space for 37 of SpaceX's next-generation Raptor engines. Both elements will be fully and rapidly reusable; Super Heavy will come back to Earth for vertical landings shortly after delivering Starship to orbit, and the spacecraft will do the same when its work is done.

Some of this work will take Starship very far afield, if all goes according to Musk's plan. Starship will be capable of carrying 100 people to distant destinations such as the moon and Mars, he has said. And the Red Planet is the ultimate goal: Musk wants the Starship architecture to help humanity set up a million-person city on Mars in the next 50 to 100 years.

Starship won't need Super Heavy to get off the lunar or Martian surface, by the way. The final spacecraft will sport six Raptors of its own, which will provide enough power to lift off those planetary bodies. (Earth is much bigger than the moon or Mars and therefore has a much stronger gravitational pull.)

We could see Starship and Super Heavy flying operational missions very soon, if testing and development go well. SpaceX representatives have said the system could begin launching satellites to Earth orbit as early as next year. And Japanese billionaire Yusaku Maezawa has booked Starship for a crewed round-the-moon voyage, with launch targeted for 2023. 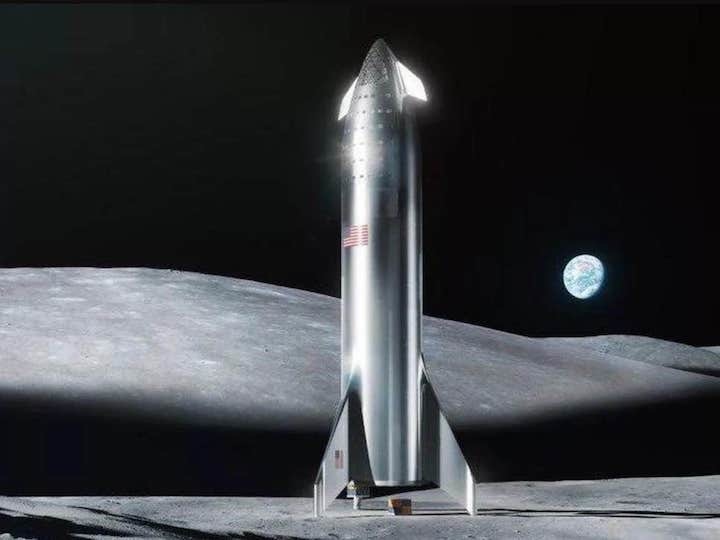 SpaceX boss Elon Musk has revealed the latest progress of the Mars-bound Starship spacecraft, less than a month after a prototype exploded during a test.

Images of the third prototype of Starship, known as SN3, were shared on Twitter, showing the tank and engine sections at an assembly facility in South Texas.

The Starship craft is being built for the purpose of ferrying people and cargo around the Solar System, with the eventual goal of sending people to Mars.

Launched from Earth using SpaceX's Super Heavy rocket, Starship will use its own onboard rockets to navigate and land on the surface of the planet.

SpaceX has already performed various successful tests of previous Starship prototypes, including a launch and landing of the Starhopper craft.

Earlier this month, a cryogenic pressure test was less successful, resulting in a dramatic explosion.

Before reaching Mars, SpaceX plans to use Starship for trips to the moon. Places on the spacecraft, which can hold up to 100 people, have already been reserved for a round-the-moon voyage in 2023.

Japanese billionaire Yusaku Maezawa will be the first space tourist on the trip, having paid a significant deposit to secure his place.

Mr Musk has spoken frequently of his ambition to travel to Mars, claiming in a 2013 interview that he wanted to die on Mars, however he recently cast doubts on whether quick enough progress was being made.

"Unless we improve our rate of innovation dramatically, there is no chance of a base on the moon or a city on Mars [in my lifetime]," he said at the Satellite 2020 conference earlier this month. 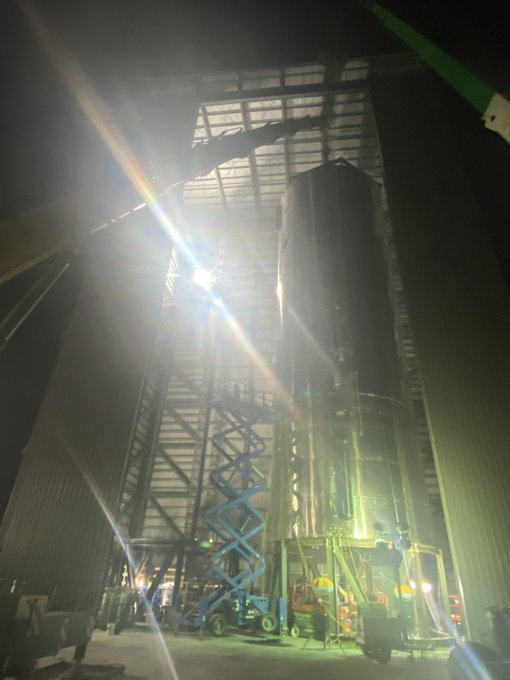 The 48-year-old tech billionaire believes that colonising Mars is essential to ensure humanity's survival from any potential mass extinction events.

Beyond building spacecraft to fly there, he has also advocated extreme methods for making Mars more habitable for humans, including terraforming the planet by blasting it with nuclear weapons.

Learn if the huge vehicle is right for your payload. 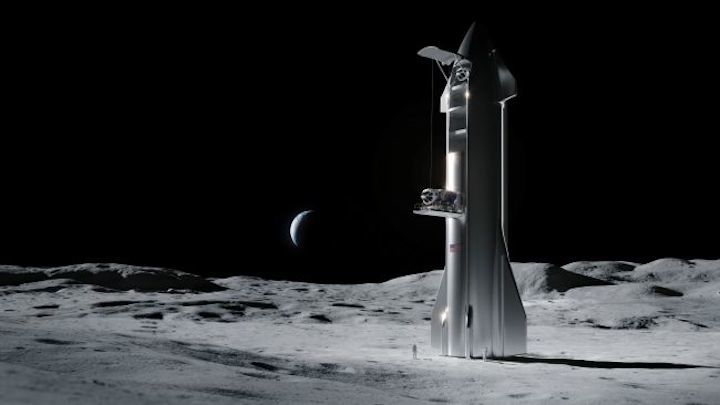 Artist's illustration of SpaceX's Starship on the moon.
(Image: © SpaceX)

If you're thinking about booking a trip on SpaceX's huge Starship spacecraft, the company has some reading material for you.

SpaceX just released a users' guide for Starship, the reusable spaceship-rocket combo the company is developing to help colonize Mars. As the guide makes clear, Starship is designed to be a flexible transportation system, one capable of delivering both people and payloads to a variety of off-Earth destinations.

Indeed, the company will develop cargo and crewed variants of Starship. The cargo version will be capable of hauling gear quickly from point to point around Earth in addition to its space duties, according to the guide, which is the first version of a document that SpaceX said will be updated frequently.

The crew version will be able to accommodate up to 100 passengers, who will travel in style. From the guide: "The crew configuration of Starship includes private cabins, large common areas, centralized storage, solar storm shelters and a viewing gallery."

The guide lays out some specifications, including details about payload capacity (100 metric tons to low Earth orbit for the baseline design), launch and landing. (SpaceX is planning two Starship launch sites initially: NASA's Kennedy Space Center in Florida and the company's South Texas facilities, near the village of Boca Chica.) 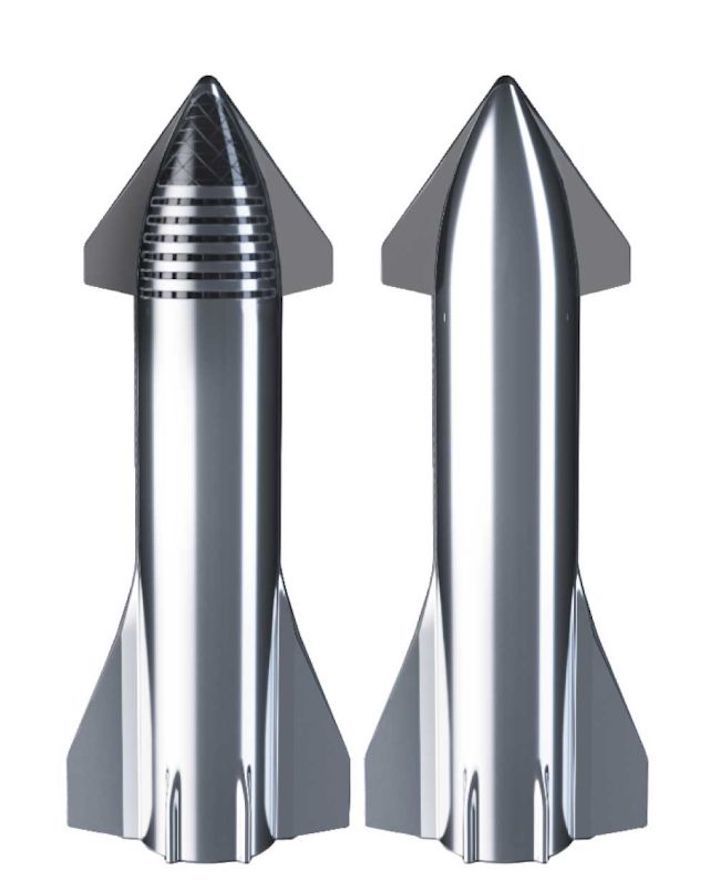 An artist's illustration of SpaceX's planned Starship rocket, which will come in a crewed version (left) and an uncrewed variant. (Image credit: SpaceX) 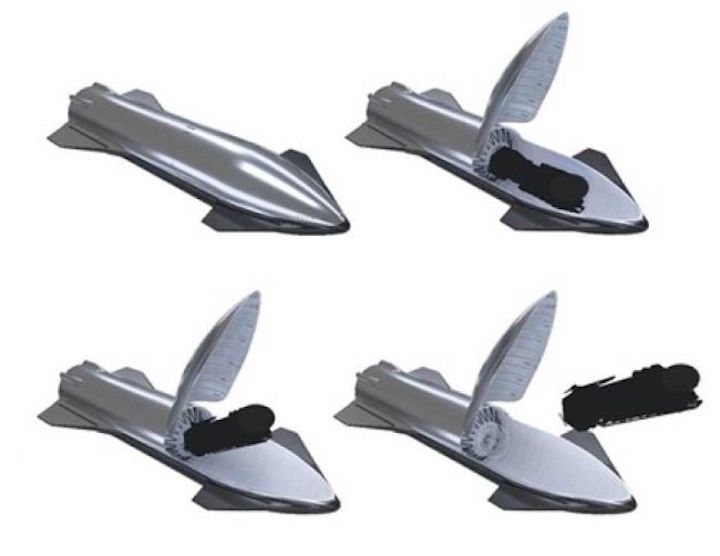 Prices are not given, however. SpaceX is generally quite open about its launch pricing, so perhaps the company has not yet worked out how much a Starship ride will cost.

Customers will start using the new guide in earnest soon, if all goes according to SpaceX's plan. Starship could start flying operational missions next year, company representatives have said.

Those first flights will likely loft communications satellites to Earth orbit. But SpaceX does have one crewed mission on Starship's manifest. Japanese billionaire Yusaku Maezawa booked the craft for a round-the-moon mission, with a target launch date of 2023.

There's a lot of work to do before such missions can lift off, however; SpaceX is still developing and testing Starship prototypes. The company is currently working on the prototype SN3 (Serial No. 3), which is poised to start undergoing testing at Boca Chica soon.

SN3 will eventually fly short test missions in Earth's atmosphere, SpaceX founder and CEO Elon Musk has said. Musk wants the craft's successor, SN4, to fly even higher — up to about 12 miles (20 kilometers) above Earth's surface.

SpaceX’s third full-scale Starship prototype has followed a little too closely in the footsteps of its predecessors, suffering a catastrophic failure during its first cryogenic test.

On April 2nd, SpaceX successfully put Starship SN3 through an ambient temperature pressure, allowing the ship to take its first breaths and ensuring that no leaks were present in its massive propellant tanks. Just a handful of hours later, Starship SN3 began its first attempted cryogenic proof test. Neutral liquid nitrogen was loaded into the ship’s liquid oxygen (LOX) tank for a brief period before SpaceX aborted the test due to frozen valves in the ground support equipment (GSE) tasked with feeding the rocket — confirmed by CEO Elon Musk around 7:30 pm PDT.

Around six hours after the first attempt, SpaceX presumably managed to alleviate GSE valve issues and began Starship SN3’s second attempted cryogenic proof test around 11pm local (04:00 UTC). While things started out somewhat normally, they did not end well for the rocket prototype.

For unknown reasons, SpaceX began the second cryo test attempt by only loading Starship’s upper (LOX) tank with supercool liquid nitrogen. Given that Starship is constructed out of stainless steel sheets only slightly thicker than two US quarters, the lower (methane) tank would have almost certainly had to be pressurized, too, likely relying on gaseous (ambient temperature) nitrogen. Already, for a rocket built out of near-continuous metal, that temperature differential could pose a major problem.

Still, for the better part of three hours, things seemed to go exactly as planned, with the rocket venting dozens of times and the upper tank visibly developing a coating of frost as it began to freeze the water vapor right out of the humid Texas air. Alas, around 2:07am local (07:07 UTC), things took a turn for the worse. The unfilled methane tank below the now-LN2-laden LOX tank appeared to crumple, beginning at a small dent that appeared over the course of the test. Gravity took over a few seconds later, further crumpling the methane tank and causing the top-heavy rocket to tip over and the LOX tank to burst.

While admittedly from the armchair, not a lot of this particular failure makes sense. If the bottom methane tank were significantly pressurized with gaseous nitrogen, a rapid loss of structural integrity would have likely been a far more violent ordeal as the gas attempted to escape. Instead, the failure was – relative to the possibilities – extremely gradual. In fact, it almost appeared as if the bottom methane tank was either never actually pressurized or not pressurized nearly enough to withstand the weight of several hundred tons of liquid nitrogen. Given SpaceX’s expertise and familiarity with rocketry, that option thankfully seems vanishingly unlikely.

All other possible explanations are at least as hard to parse, leaving it up to SpaceX or CEO Elon Musk to clarify what transpired if they choose to do so.

On a more positive note, SpaceX has continued to churn out steel rings and bulkheads and assemble them into sections of Starship SN4 – the rocket’s next full-scale prototype – for the last two or so weeks. If Starship SN1, SN2, and SN3 are anything to go by, the fourth full-scale Starship prototype could be ready to head to the pad for testing just a handful of weeks from now, picking up where Starship SN3 left off. Thankfully, the latter rocket’s April 3rd failure appears to have been relatively benign as far as pad hardware goes, likely requiring minimal repair work to be ready for its next test campaign.

While unfortunate, it’s critical to remember that this is all part of SpaceX’s approach to developing new and unprecedented technologies. Be it Falcon 1, Falcon 9 booster recovery, or Falcon 9 fairing recovery, all groundbreaking SpaceX efforts have begun with several consecutive failures before the first successes – and the first streaks of consecutive successes. Given Musk’s September 2019 claim that SpaceX is putting just ~5% of its resources into Starship, prototypes like Mk1, SN1, and SN3 are being fabricated for pennies on the dollar.

As a schedule setback, SpaceX is building ships so quickly that any single prototype failure shouldn’t cause more than a handful of weeks of delays, and the goal is to produce an entire Starship every weekby the end of 2020. For now, SpaceX will hopefully learn from each failure during developmental testing and roll those lessons learned into each future prototype.