It was likely an ethereal sky phenomenon. 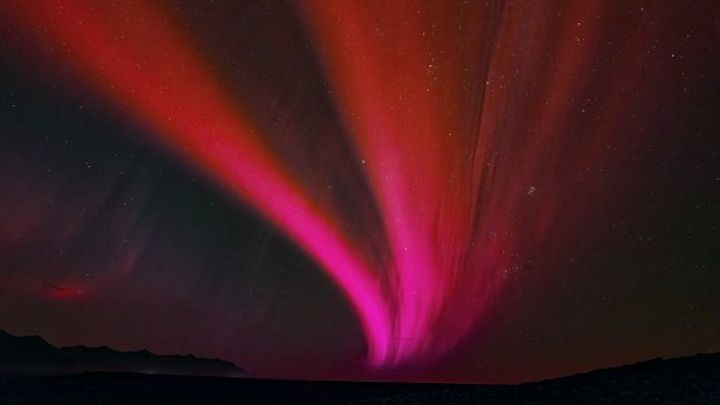 A scarlet fan spread across the skies over Japan 1,400 years ago, and it's been puzzling astronomers ever since.

According to historical records, on Dec. 30, 620, a "red sign" shaped like "a pheasant tail" appeared in the sky. At the time, the sign was considered a bad omen. Modern scientists looking back at the report have wondered whether the spectacle may have been caused by an aurora or a comet, but neither of those explanations quite made sense.

Ryuho Kataoka, who studies space weather at the National Institute of Polar Research in Japan, and his colleagues decided they wanted to investigate what could have caused the scarlet phenomenon, according to a statement.

They began by comparing the historical description with a modern understanding of auroras. Although these celestial dances are often green, they can appear in other colors, including red, depending on which elements in Earth's atmosphere are being activated by charged particles spit out by the sun.

The team tracked down more recent observations of auroras that were visible over Japan in a fan shape with a red background. That matches the "pheasant tail" description of the 620 event. The researchers also mapped what Earth's changing magnetic field would have looked like at the time, suggesting that Japan would have been around 33 degrees of magnetic latitude in 620, as opposed to 25 degrees today, according to the statement.

The researchers also analyzed another hypothesis about the "red sign" — that it was caused by a comet. But such spectacles usually aren't tinged red, and the team determined that there should have been a low probability of a cometstreaking by at the time.

"This is an interesting and successful example that modern science can benefit from the ancient Japanese emotion evoked when the surprising appearance of heaven reminded them of a familiar bird," Kataoka said.

The research is described in a paper published March 31 in the Sokendai Review of Culture and Social Studies.