A raft of ambitious startups are putting a rocket under Australia's sleeping space industry.

The fledgling sector is reaching for the stars thanks to cutting-edge technology and increasing demand from domestic and international markets.

Space start-ups including satellite operators, rocket developers and launch companies are finally getting the support they need thanks in part to the Australian Space Agency, which launched in 2018 after a year of campaigning by Australian space scientists. 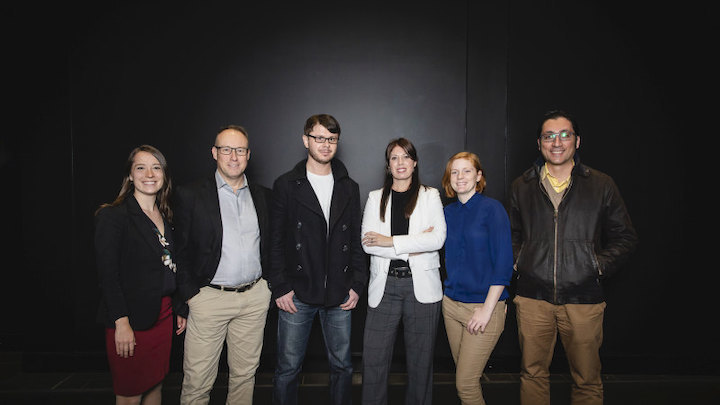 "It is just the beginning of an amazing story that’s starting to unfold," said Carley Scott, chief executive of Equatorial Launch Australia.

"A lot of people are starting to dip their toes into the space sector and starting their new enterprise, so we’ve got a range of successful groups developing satellites in Australia.

"Every time I do a presentation about ELA I’ll have a group of people want to talk to me about how to get into space. It’s all part of a groundswell that’s already happening.”

Equatorial Launch Australia, a Northern Territory-based company founded by Scott Wallis in 2015, is a space success story. Last year it secured a contract with NASA to launch three rockets from its spaceport site.

It propelled the company’s revenue from $400,000 per year to a projected $3 million within the next 18 months. Scott expects this to rise to between $7 million and $10 million in five years time and up to $30 million in a decade.

These figures may sound ambitious, but Scott says Australia’s space industry is all set for lift off.

"We have reached a critical time in Australia's space industry, on the cusp of unprecedented growth and amazing endeavours," she says.

"With strong international market trends and the growth of local launch and associated start-ups, now is the time for the government and the private sector to invest, and for students to look more closely at STEMM careers." 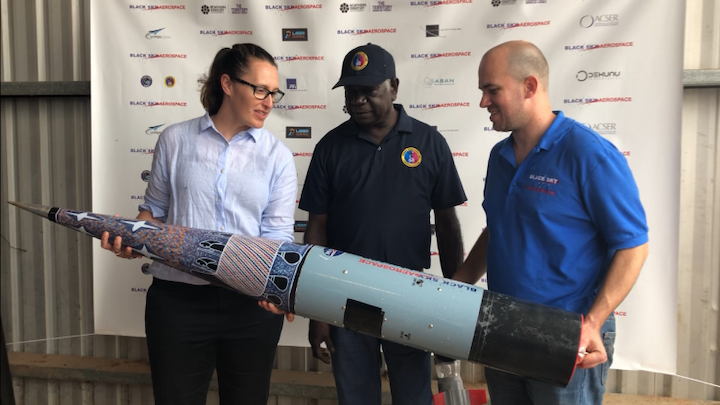 With its proximity to the equator, Australia is an ideal place to launch spacecraft. Launch sites near the equator can harness the rotation of the Earth for increased speed, meaning rockets can carry heavier payloads or cargo.

Currently, 10,000 people work in Australia’s space sector, which is valued at $3.9 billion. The Australian Space Agency plans to dramatically increase this to 20,000 jobs and $12 billion by 2030.

"And there’s a lack of understanding and education, and until we can have government bodies break through those barriers or actually understanding, it’s going to continue to be challenging."

Nikolic said the Australian Space Agency’s cost-recovery model was not on par with international expectations.

"We now have a space agency - fantastic. They are trying to push people to come to Australia - fantastic," he said.

"However they want to introduce a cost recovery model where they charge for any services that have to be outsourced from the agency and they want to pass them on to the customers.

"The rest of the world does not charge those sorts of fees for those activities. So no one has needed Australia for the last 60-plus years and now you want to convince people to come here and you’re going to charge then tens of hundreds of thousands of dollars?

"The industry could be stifled right there and then."

Since starting in 2018, Nikolic’s aerospace business has catered to a wide range of clients. In its first year of business, it launched three payloads for microgravity testing including a carbon ceramic panel for hypersonic launch vehicles, a measuring device for skydivers and bass jumpers and a hardware system for GPS.

Then there’s also been the weird and wacky - a $20,000 engagement ring for a radio station stunt and Wagon Wheels, as part of the brand’s "relaunch".

His company turned over $250,000 in its first year and hopes to hit seven figures in its second.

Australia’s space efforts are likely to be boosted by a host of new start-ups at the Venture Catalyst Space incubator at the University of South Australia's Innovation and Collaboration Centre.

The centre’s associate director Jasmine Vreugdenburg says the program, now in its third year, supports space startups from around the globe to test their products and draw on the expertise of university researchers.

"Bringing the two together, research expertise along with new technologies, is a really good combination and we thought we could play a really good role in that space," she says.

"We’re really just trying to give these founders the best chance of success by providing them with the resources, the connections and support."

At this critical time in the nation’s space industry, it could be everything startup founders need to make that giant leap.

Raumfahrt - Preparing for lift off: Space startups get ready to launch
198 Views
Created with page4