Don't worry. It won't even come close to hitting us.

A large and  "potentially hazardous" asteroid is poised to fly by Earth next month, but don't worry — it poses no threat to Earth.

While an asteroid that size could wreak havoc if it crashed into Earth — prompting some alarmist and misinformed media reports — this asteroid poses no threat.

NASA has classified asteroid 1998 OR2 as "potentially hazardous" not because it puts Earth in danger, but because it fulfills certain criteria in the agency's classification scheme. According to NASA, an asteroid qualifies as "potentially hazardous" if its orbit ever intersects Earth's orbit at a distance less than 4.6 million miles (7.5 million km), or 0.05 astronomical units, the average distance between Earth and the sun. 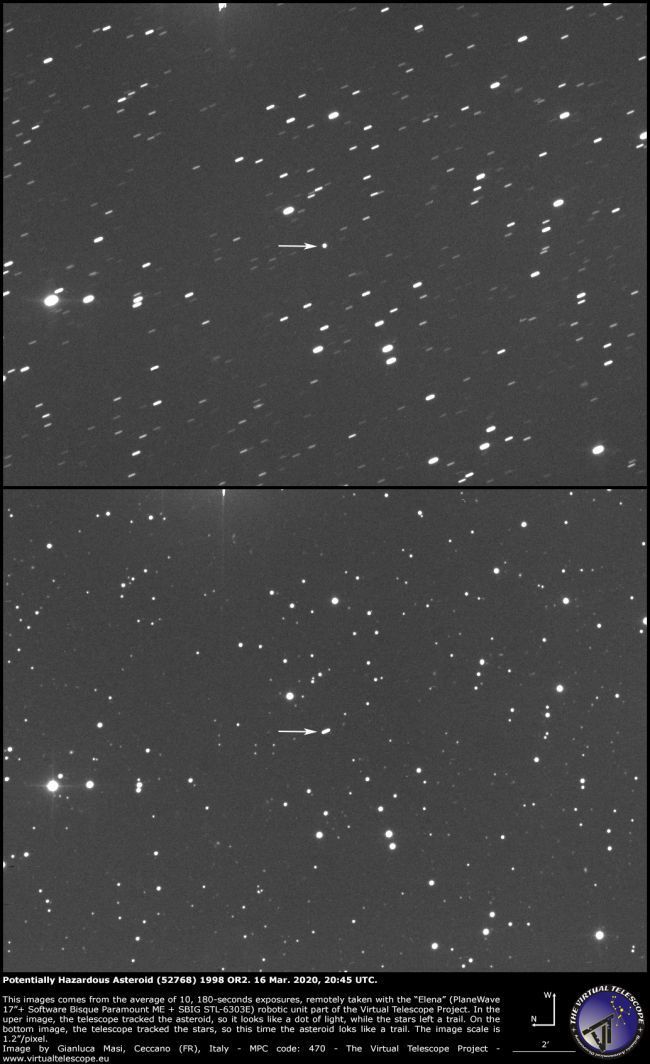 Asteroid 1998 OR2, which orbits the sun in between the orbits of Earth and Mars, won't fly by Earth again until May 18, 2031, and it will be farther away, passing about 12 million miles (19 million km) from our planet, according to NASA.

NASA and its international partners are actively scanning the skies for potentially hazardous asteroids and studying ways to deflect an Earth-bound asteroidbefore it strikes. So far, about one-third of the 25,000 large asteroids thought to be zooming around in Earth's cosmic neighborhood have been discovered.