The delivery to Baikonur is expected on February 25 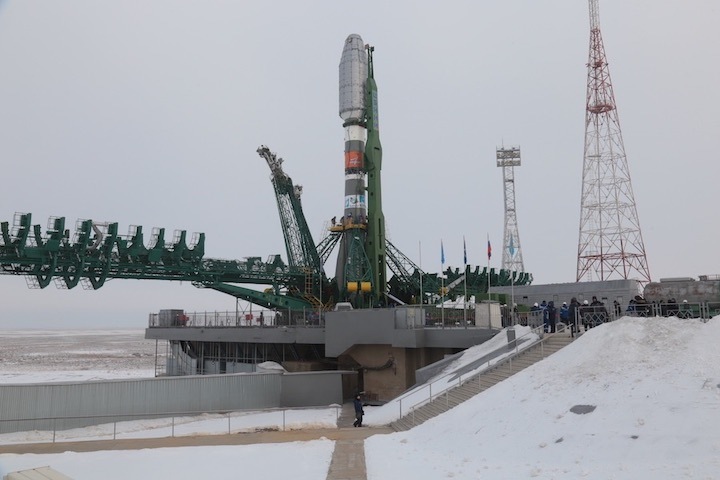 A new batch of British OneWeb communication satellites has been sent from a Florida plant to the Baikonur spaceport, the press service of the company’s branch in Russia said on Monday.

"The plane with 34 satellites took off at 01.55 Moscow Time from the United States," a spokesperson said.

The delivery to Baikonur is expected on February 25.

Earlier, OneWeb’s press service told TASS that the second launch of British satellites from the Baikonur spaceport was scheduled for the second half of March.

The first six OneWeb satellites were launched on February 28, 2019 from the Kourou spaceport in French Guiana by the Soyuz-ST carrier rocket. Another 34 satellites were sent to the orbit by the Soyuz 2.1 b rocket from the Baikonur spaceport on February 7. In total, OneWeb plans to deploy 648 satellites on the near-earth orbit. By 2021, the British company expects to ensure full-time communication for users around the globe. 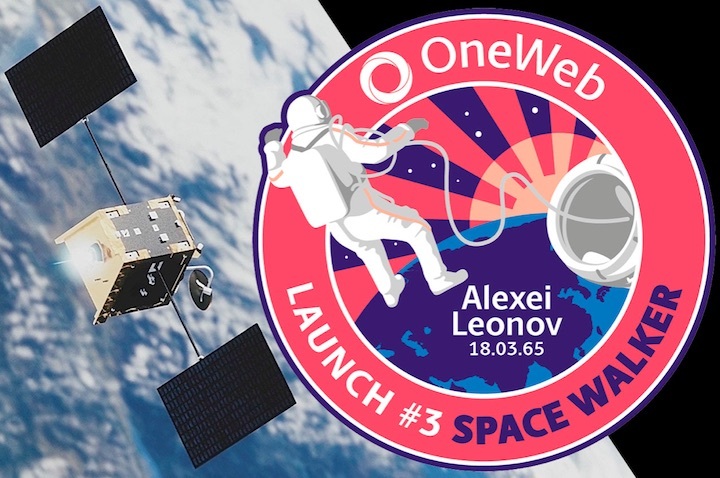 OneWeb has dedicated its third satellite launch to cosmonaut Alexei Leonov, who became the first person to leave his spacecraft and float in the vacuum of space on March 18, 1965. The launch of OneWeb's next batch of satellites on a Russian Soyuz rocket is scheduled for Saturday (March 21).

"We are proud to celebrate the pioneers and trailblazers like Alexei who inspire us and who continue to fuel our drive for success," OneWeb said in a statement.

OneWeb's "Launch #3 Spacewalker" mission patch bears Leonov's name and the date of his historic spacewalk. It depicts Leonov in his spacesuit, performing the first extravehicular activity (EVA) while floating at the end of an umbilical extending from his Voskhod spacecraft's airlock.

The circular patch also shows Earth set against the rising sun with rays extending out to the spacewalker.

"The light of the sun was very intense and I felt its warmth," Leonov said in an interview with the Fédération Aéronautique Internationale on the 50th anniversary of his spacewalk in 2015.

The OneWeb 3 launch, conducted by Arianespace together with its partner Glavkosmos, will place OneWeb's 34 satellites into a near polar orbit of 289 miles (450 kilometers), after which they will be raised to their final orbit of 745 miles (1,200 kilometers).

The 34 satellites will bring OneWeb's constellation total to 74. The satellites were built by OneWeb Satellites, a joint venture between OneWeb and Airbus.

The first six of OneWeb's satellites were launched in February 2019, followed by 34 more in February 2020. The previous two missions were not dedicated to a historic figure like Leonov. OneWeb plans an initial constellation of 650 satellites orbiting Earth on 12 different planes.

The 1:06 p.m. EDT (1706 GMT or 10:06 p.m. local) launch on Saturday will originate from Russia's Baikonur Cosmodrome in Kazakhstan, the same launch site (but different launchpad) where Leonov and his Voskhod 2 crewmate Pavel Belyayev lifted off in 1965.

OneWeb, which is working towards using its satellite constellation to offer broadband internet service, expects its first service demonstration by the end of the year. Commercial use is slated for the end of 2021, supporting the maritime, aviation, government and enterprise sectors.

"Our constellation will level the playing field and connect the communities, areas and industries that have until now been excluded from fast, reliable Internet access," Adrian Steckel, OneWeb's CEO, said in a statement after the company's first launch. "What we are undertaking here is a project of ambitious scale." 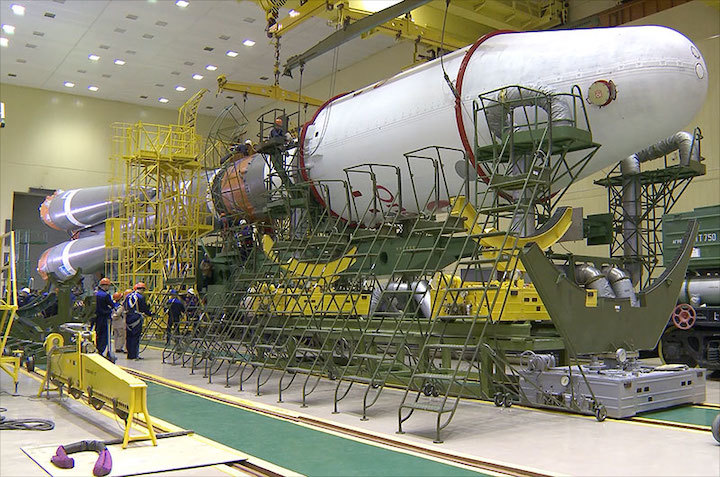 A Russian Soyuz rocket under preparation at the Baikonur Cosmodrome in Kazakhstan for the launch of OneWeb's next 34 satellites. (OneWeb)
Quelle: CS
----
Update: 21.03.2020
.
Launch-Frams: 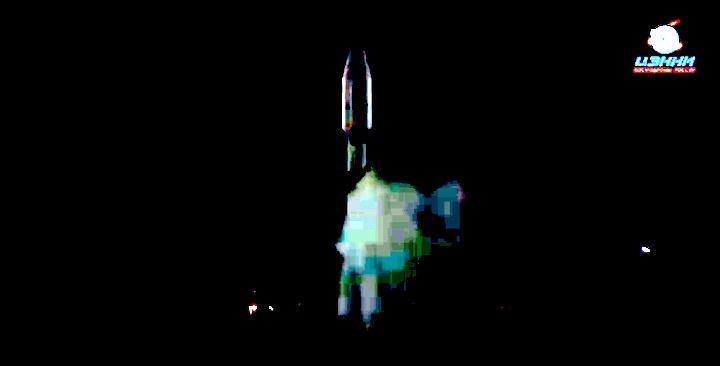 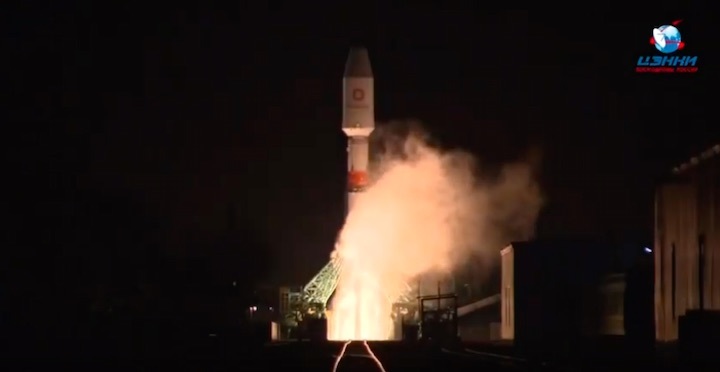 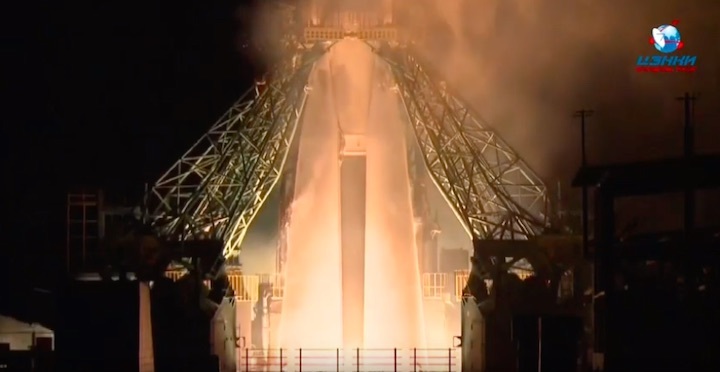 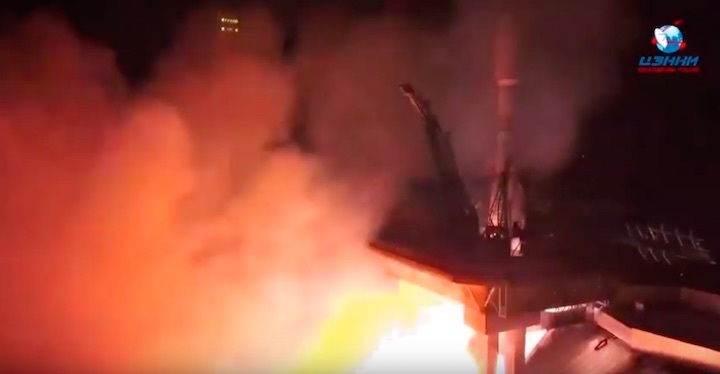 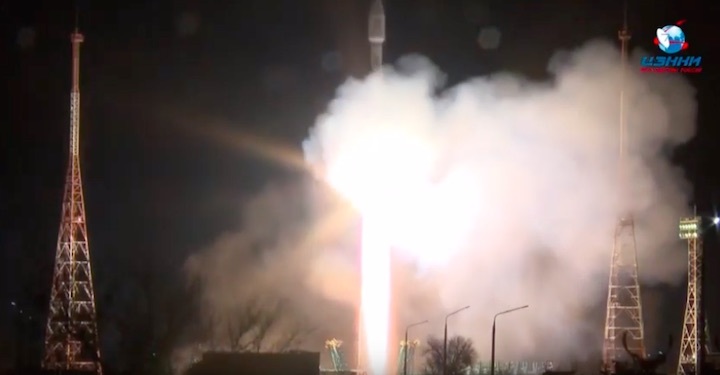 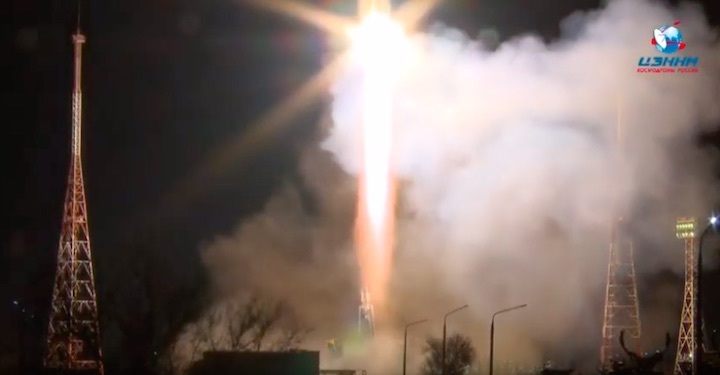 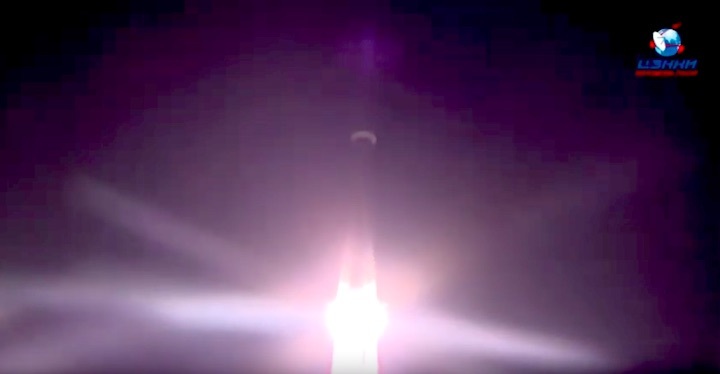 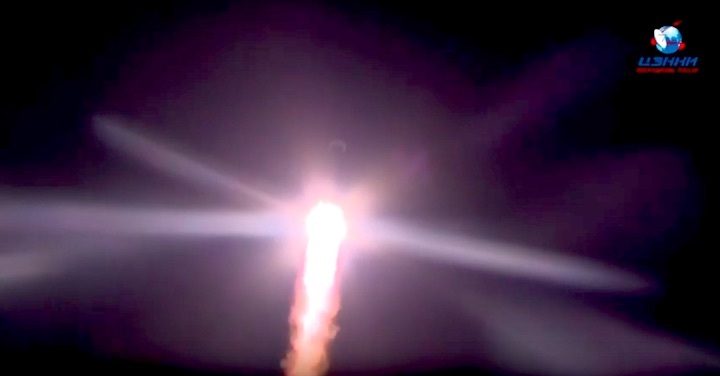 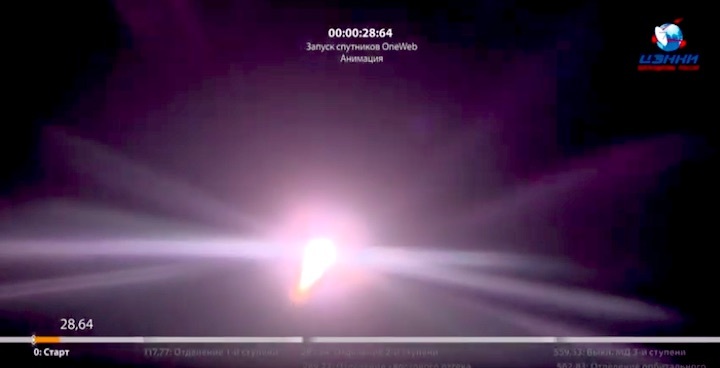 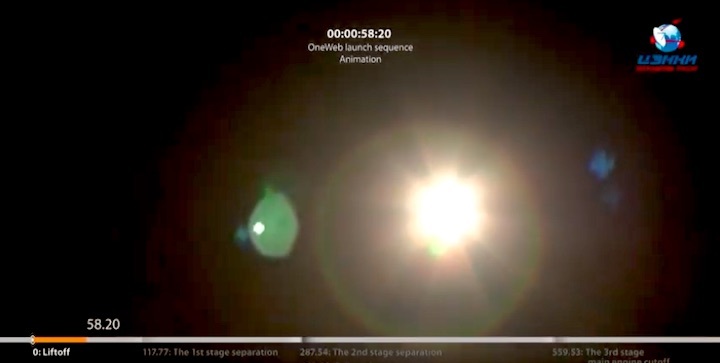 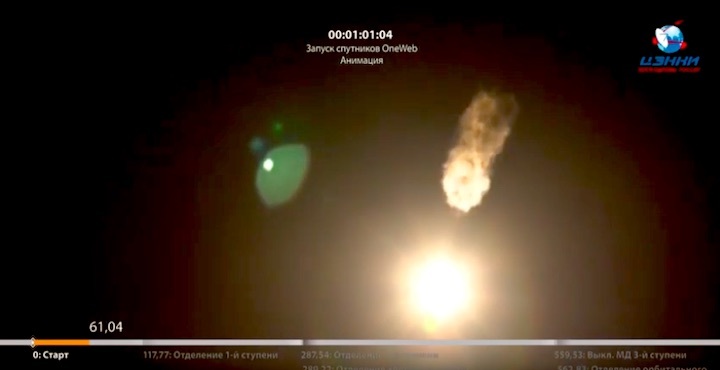 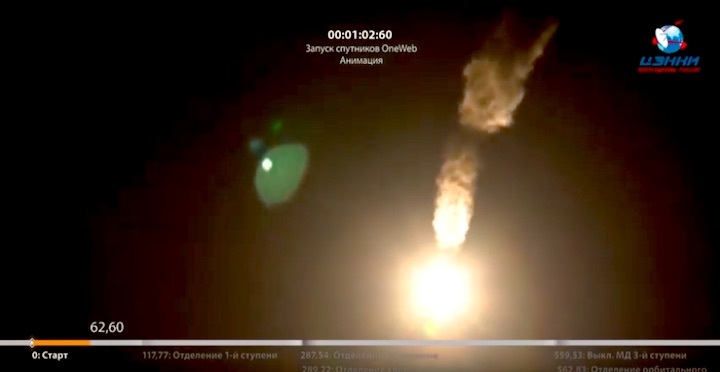 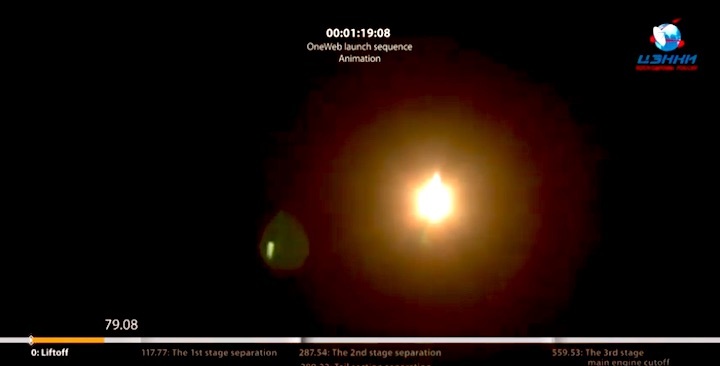 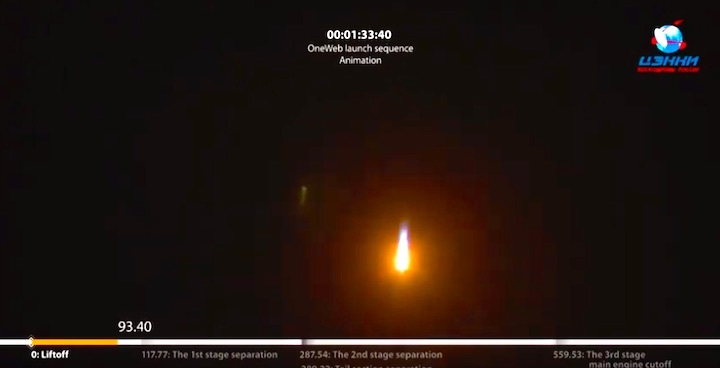 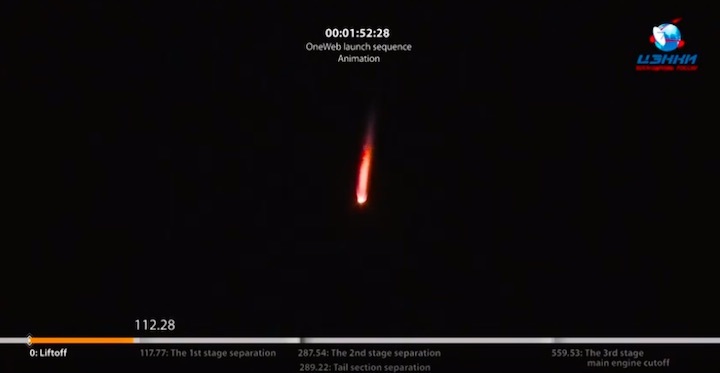 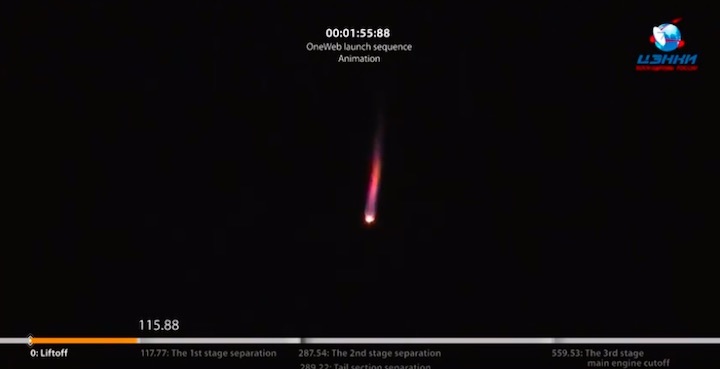 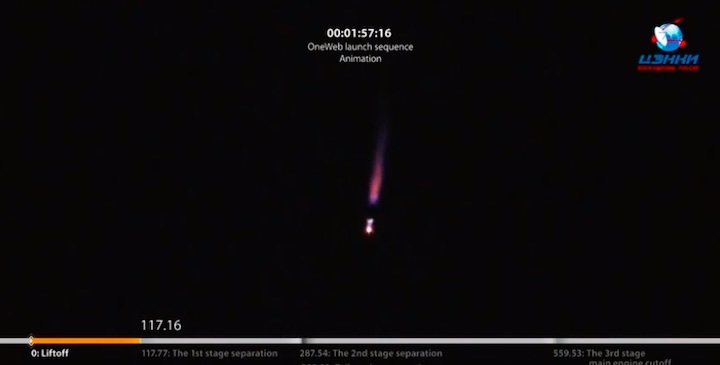 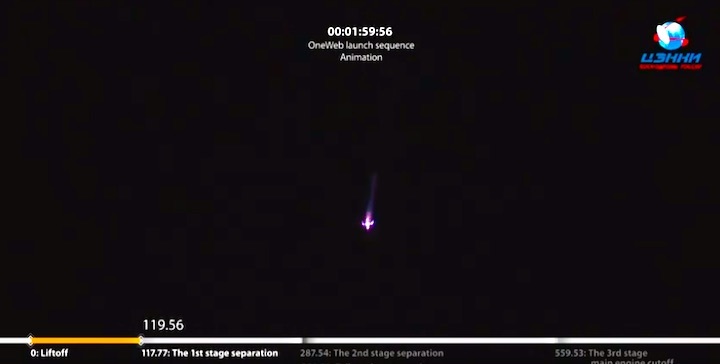