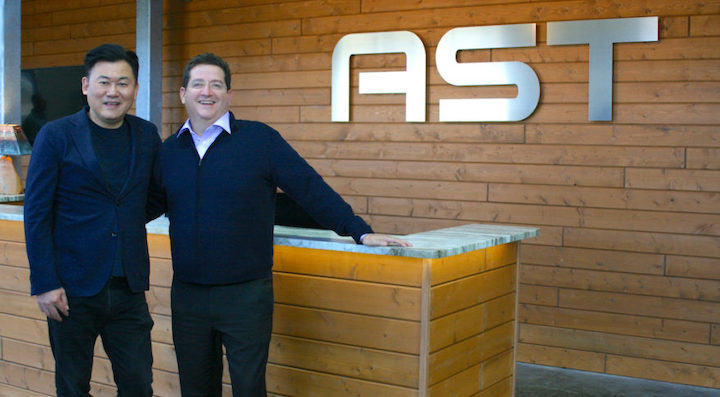 WASHINGTON — Japanese online shopping giant Rakuten and global telecom leader Vodafone led a $110 million investment in a U.S. startup planning to create a cellular broadband network with a constellation of hundreds of satellites that would link directly to people’s smartphones.

Midland, Texas-based AST & Science has raised $128 million in total for its constellation, called SpaceMobile. The company will need several hundred million additional dollars to get to revenue, according to AST & Science founder Abel Avellan, a veteran satellite telecom entrepreneur who invested some of his own money in the Series B round announced March 3.

Avellan said AST & Science has already started in-house production of its first satellites and has begun talking with launch providers.

AST & Science is building its satellites in an 85,000 square-foot facility at the Midland Air and Space Port in western Texas. NanoAvionics, a Lithuanian cubesat builder backed by AST & Science and led by Avellan, will help build the SpaceMobile constellation, he said.

In 2018, AST & Science acquired a controlling interest in NanoAvionics and Avellan became chairman of the board. Avellan formed AST & Science in late 2016, shortly after leaving Emerging Markets Communications, a company Global Entertainment bought that year for $550 million.

AST & Science’s immediate focus is starting revenue generation in the next few years with low Earth orbit satellites numbering in the “low twenties” in an equatorial orbit, Avellan said. Completely funding those satellites will require additional investment that Avellan said will consist of equity and debt. He declined to share the cost of the full, global constellation.

AST & Science joins rival startup Lynk Global in an effort to deploy a satellite constellation that beams connectivity directly to cellular phones. Falls Church, Virginia-based Lynk raised $12 million last year to kick off a constellation of thousands of satellites with an initial 30-satellite constellation. Lynk is currently testing a communications payload on the Northrop Grumman Cygnus cargo tug that received permission from the FCC this week to remain in orbit until April 2.

For its operational constellation, AST & Science needs much bigger satellites. They will be larger than the 860-kilogram Iridium Next mobile telephony and data satellites, Avellan said. Each SpaceMobile satellite will be comprised of identical modules linked together, reducing manufacturing costs, he said.

SpaceMobile will fill in the coverage gaps mobile network operators have beyond the reach of their cellular towers, Avellan said. He estimated that market consists of roughly five billion people who regularly move in and out of cellular coverage.

Vodafone and Rakuten are AST & Science’s target customers for SpaceMobile, Avellan said. Vodafone has more than 600 million mobile subscribers across 24 countries, and Rakuten is preparing to launch its own mobile network across Japan in the coming months. Both investors touted SpaceMobile as a promising system.

“We believe SpaceMobile is uniquely placed to provide universal mobile coverage, further enhancing our leading network across Europe and Africa — especially in rural areas and during a natural or humanitarian disaster — for customers on their existing smartphones,” Vodafone Group CEO Nick Read said in a statement.

“AST & Science’s SpaceMobile venture is a perfect fit for us,” said Mickey Mikitani, Rakuten Inc. chairman and CEO. “Our investment is part of our broader strategy to become a leading mobile network operator in Japan and a global solution provider to markets around the world.”