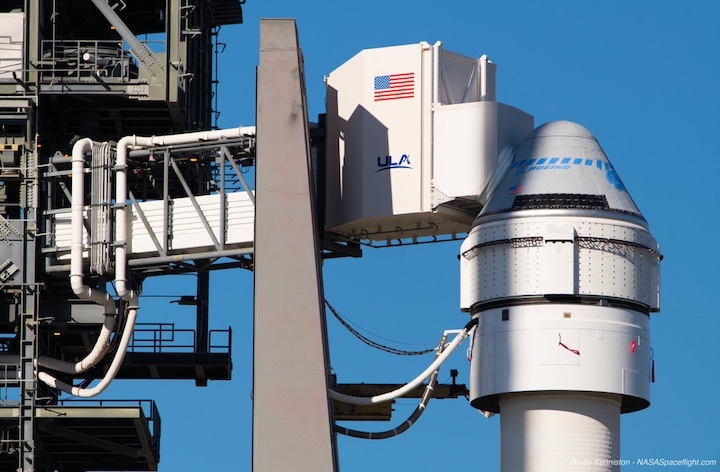 A software error left the Starliner capsule in the wrong orbit in December and precluded a docking with the International Space Station. Another software flaw could have ended up destroying the capsule, if not fixed right before reentry.

A Boeing vice president, John Mulholland, said both mistakes would have been caught if complete, end-to-end testing had been conducted in advance and actual flight equipment used instead of substitutes.

“We know that we need to improve,” he said.

The company is still uncertain when its next test flight might occur and whether astronauts might be aboard. NASA — which will have the final say — will announce the outcome of the ongoing investigation review next Friday. The first flight test had no crew.

Mulholland, who serves as the Starliner program manager, said the company is still reviewing the Starliner's 1 million lines of code to make certain no other problems exist.

Because Boeing tested the Starliner's software in segments rather than in one continuous stream to simulate the flight to and from the space station, the company failed to catch an error that knocked the capsule's internal timer off by 11 hours shortly after liftoff. An unrelated communication problem prevented flight controllers from quickly sending commands in a bid to salvage the docking portion of the mission.

Then, just hours before the capsule's early return to New Mexico, a second software error was detected by ground controllers. This mistake stemmed from the use of substitute equipment during preflight testing rather than actual flight hardware.

Mulholland stressed that the situation had nothing to do with saving money.

The December mission was supposed to be the company's last major hurdle before launching the first Starliner crew — two NASA astronauts and a Boeing astronaut. NASA astronauts have not launched from home soil since the space shuttle program ended in 2011.

NASA and Boeing will host a media teleconference at 11 a.m. EST Friday, March 6, to discuss the outcome of the joint independent review team investigation into the primary issues detected during the company’s uncrewed Orbital Flight Test in December as part of NASA’s Commercial Crew Program.

Participants in the briefing will be:

Audio of the teleconference will stream live online at:

To participate in the teleconference, media must contact Joshua Finch at joshua.a.finch@nasa.gov by 10 a.m. Friday for the dial-in information.