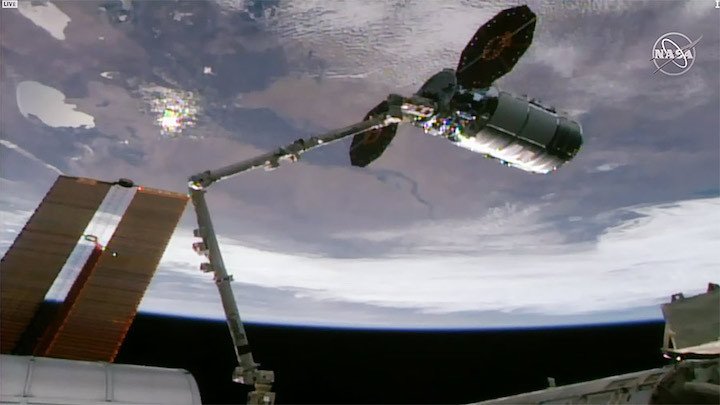 At 4:05 a.m. EST, NASA Flight Engineer Andrew Morgan grappled Cygnus and NASA astronaut Jessica Meir acted as a backup. After capture, the spacecraft will be installed on the Unity module’s Earth-facing port.

The station was flying over southeastern Russia when it was captured.

NASA Television coverage of installation will begin at 6:00 a.m. Cygnus will remain at the orbiting laboratory for a three-month stay before it disposes of several thousand pounds of trash through its fiery reentry into Earth’s atmosphere.