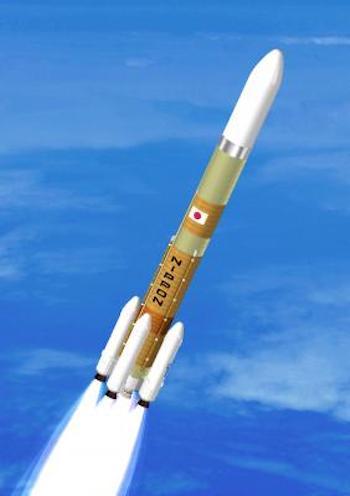 The Japan Aerospace Exploration Agency, or JAXA, is developing the H3 rocket to replace the H2A. The H3 is due to be launched in fiscal 2020. It is capable of carrying two or three main engines.

Media were invited to view the engine test on Thursday at a site in Odate in Akita Prefecture.

The three LE-9 engines were fired simultaneously to confirm the flow of fuel and the operation of the engine systems.

There was a loud roar when the engines were fired after a countdown, and massive clouds of steam rose from the burning hydrogen.

JAXA will spend about a week analyzing the results before conducting a pre-launch test at the Tanegashima Space Center in Kagoshima.

It plans to launch the first H3 rocket with the new engines in the fiscal year that begins in April.

JAXA project manager Masashi Okada says that since the engine test has been successfully completed, he feels the development of the rocket is close to the final stage.