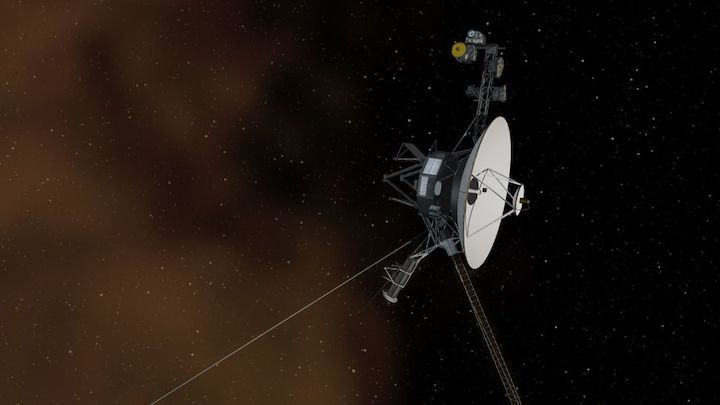 An artist's depiction of one of the twin Voyager spacecraft exploring interstellar space.
(Image: © NASA/JPL-Caltech)

NASA's venerable Voyager 2 spacecraft is recovering from a glitch, but engineers are confident that the probe will be back to normal science operations soon, the agency said.

The issue began on Saturday (Jan. 25), when, mission scientists believe, the spacecraft failed to take a quick spin that it needed to make to calibrate an instrument. That meant that two power-hungry systems stayed on longer than usual. To cope with the sudden power shortage, the spacecraft automatically turned its science instruments off, according to a NASA statement.

NASA engineers are troubleshooting the problem, but it's slow going given Voyager 2's distance from Earth. With the probe 11.5 billion miles (18.5 billion kilometers) away, signals take 17 hours to travel one way and mission personnel must wait a total of 34 hours to see whether a command worked.

However, Voyager 2's engineers think they've coaxed the spacecraft into shutting down one of the power-sucking systems and rebooting its science instruments, although the probe is not yet gathering data again.

As the mission continues, power issues become ever-more serious for both Voyager probes, which launched in 1977. Each spacecraft carries a radioisotope thermoelectric generator as a power supply. But at more than 40 years old, those generators are steadily losing their oomph, leaving each spacecraft with a little less power.

In response to power reduction over the years, engineers on the Voyager team have turned off instruments and heaters that are less relevant to the mission's science goals, saving the spacecraft's resources for where they really count.

Both spacecraft are focused on studying the region just outside the heliopause, a sheath created by the solar wind of charged particles that constantly streams off the sun. Voyager 2 crossed that boundary in November 2018, joining its twin, which had done so in 2012.

NASA isn't sure how much longer the Voyager probes will be able to keep running, but scientists on the mission estimated in November 2019 that the spacecraft could lose power within about five years.

Raumfahrt - Voyager 2 just missed a spin in interstellar space. But it should be fine, NASA says.
1068 Views
Created with page4