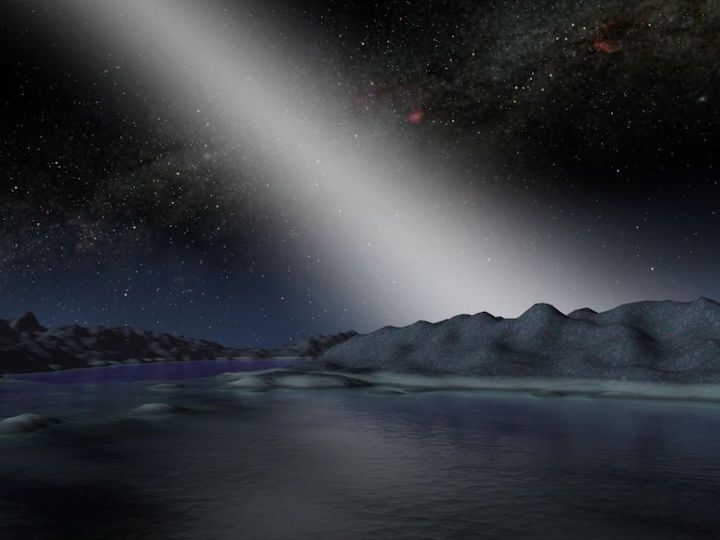 If extraterrestrials are living on alien worlds, what types of signals would they send us? Our human biases might limit what we can imagine.
(Image: © NASA)

HONOLULU — Our hunt for aliens has a potentially fatal flaw — we're the ones searching for them.

That's a problem because we're a unique species, and alien-seeking scientists are an even stranger and more specialized bunch. As a result, their all-too human assumptions may get in the way of their alien-listening endeavors. To get around this, the Breakthrough Listen project, a $100-million initiative scouring the cosmos for signals of otherworldly beings as part of the Search for Extraterrestrial Intelligence (SETI), is asking anthropologists to help unmask some of these biases.

"It's kind of a joke at Breakthrough Listen," Claire Webb, an anthropology and history of science student at the Massachusetts Institute of Technology, said here on Jan. 8 at the 235th meeting of the American Astronomical Society (AAS) in Honolulu. "They tell me: 'We're studying aliens, and you're studying us.'"

Since 2017, Webb has worked with Breakthrough Listen to examine how SETI researchers think about aliens, produce knowledge, and perhaps inadvertently place anthropocentric assumptions into their work.

She sometimes describes her efforts as "making the familiar strange."

For instance, your life might seem perfectly ordinary — maybe involving being hunched over at a desk and shuttling electrons around between computers — until examined through an anthropological lens, which points out that this is not exactly a universal state of affairs. At the conference, Webb presented a poster looking at how Breakthrough Listen scientists use artificial intelligence (AI) to sift through large data sets and try to uncover potential technosignatures, or indicators of technology or tool use by alien organisms.

"Researchers who use AI tend to disavow human handicraft in the machines they build," Webb told Live Science. "They attribute a lot of agency to those machines. I find that somewhat problematic and at the worst untrue."

Any AI is trained by human beings, who present it with the types of signals they think an intelligent alien might produce. In doing so, they predispose their algorithms to certain biases. It can be incredibly difficult to recognize such thinking and overcome its limitations, Webb said.

Most SETI research assumes some level of commensurability, or the idea that beings on different worlds will understand the universe in the same way and be able to communicate about it with one another, Webb said. Much of this research, for example, presumes a type of technological commensurability, in which aliens broadcast messages using the same radio telescopes we have built, and that we will be able to speak to them using a universal language of science and math.

But how universal is our language of science, and how inevitable is our technological evolution?  Do alien scientists gather in large buildings and present their work to one another via slides and lectures and posters? And what bearing do such human rituals have on the types of scientific knowledge researchers produce?

It was almost like trying to take the perspective of a creature on another planet, who might wonder about humanity and our odd modern-day practices. "If E.T. was looking at us, what would they see?" Webb asked.

The assumptions and anxieties of alien-hunters can creep in in other ways. Because of the vast distances involved in sending a signal through space, many SETI researchers have imagined receiving a message from an older technological society. As astronomer and science popularizer Carl Sagan famously said in his 1980 book and television series "Cosmos," that might mean E.T. has lived through a "technological adolescence" and survived nuclear proliferation or an apocalyptic climate meltdown.

But those statements are based on the specific anxieties of our era, namely nuclear war and climate change, and we can't automatically assume that the history of another species will unfold in the same way, Webb said.

Veteran SETI scientist Jill Tarter has told Webb that, in some ways, we are looking for a better version of ourselves, speculating that a message from the heavens will include blueprints for a device that can provide cheap energy and help alleviate poverty.

The ideal of progress is embedded in such narratives, Webb said, first of scientific and technological progress, but also an implicit assumption of moral advancement. "It's the idea that, as your technology develops, so does your sense of ethics and morality," she said. "And I think that's something that can be contested."

Even our hunt for organisms like ourselves suggests "a yearning for connectivity, reflective to me of a kind of postmodern loneliness and isolation in the universe," she said.

Webb joked that SETI researchers don't always understand the point of her anthropological and philosophical examinations. But, she said, they are open to being challenged in their ideas and knowing that they are not always seeing the whole picture.

"One thing Jill [Tarter] has said many times is, 'We reserve the right to get smarter,'" she said. "We are doing what we think makes sense now, but we might one day be doing something totally different."

Ultimately, the point of this work is to get SETI researchers to start "noticing human behavior in ways that could push SETI to do novel kinds of searches," Webb said. "Inhabiting other mindscapes is potentially a very powerful tool in cultivating new ways to do science."

Perhaps beings on another planet might use gravitational waves, or neutrinos, or even some other unknown aspect of reality we have yet to come across to send messages into the heavens.

Astronomie - To find intelligent alien life, humans may need to start thinking like an extraterrestrial
422 Views
Created with page4