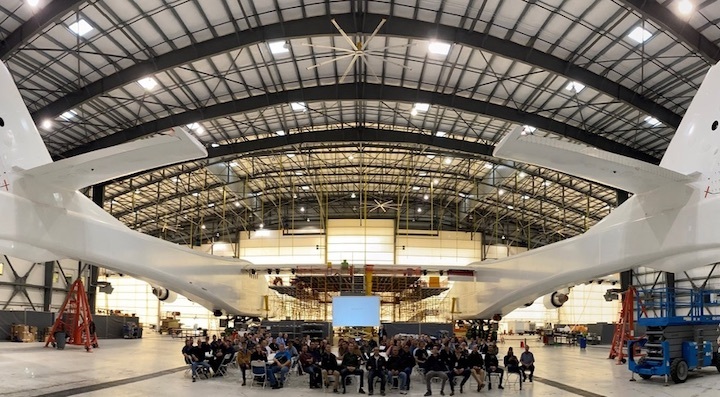 WASHINGTON — As Stratolaunch ramps up operations after being sold last year, it says it remains interested in providing launch services as well as supporting hypersonic vehicles.

“Stratolaunch is exploring the development of aerospace vehicles and technologies, including the need for reliable, routine access to space,” Pettigrue said. “This exploration includes the need to significantly advance the nation’s ability to design and operate hypersonic vehicles.”

The statement was prompted by the recent resurfacing of a paper by three Stratolaunch employeespresented at the American Institute of Aeronautics and Astronautics Space 2018 conference in Orlando, Florida. That paper described the company’s interest at the time in using the giant aircraft it built to host air-launched hypersonic experimental vehicles.

The paper described two concepts the company was studying at the time. One, called Hyper-A, would be capable of reaching speeds of Mach 6, while the larger Hyper-Z vehicle would fly to Mach 10. Both vehicles would be rocket-powered, released from Stratolaunch’s aircraft.

“This hypersonic testbed could provide risk reduction and technology maturation for hypersonic and space-launch vehicles in areas such as aerothermodynamics, air-breathing propulsion, guidance, navigation, and control (GNC), instrumentation, high-temperature materials, design tool validation, and other areas,” the paper stated.

At the time, the company was studying a number of concepts for vehicles that could launch from its aircraft, including a reusable spaceplane that could carry cargo or crew into orbit. A hypersonics testbed like the Hyper-A and Hyper-Z concepts, the company explained in the paper, could “validate technologies and reduce risk related to the design and operation of both space launch and hypersonic vehicles.”

According to the paper, Stratolaunch was only in the “early development stages” of those hypersonic vehicles. It’s unclear if the company is still interested in pursuing either those designs or other hypersonic concepts given the company’s recent interest in “high-speed research and development,” a phrase used in descriptions of the company in job openings. The company declined to comment further on its plans beyond its statement.

Stratolaunch abandoned work on its own launch vehicles in January 2019, about three months after the death of the company’s founder and principal funder, Microsoft co-founder Paul Allen. The company also ended development of the PGA rocket engine that would have been used by those launch vehicles, as well as the Hyper-Z hypersonic vehicle.

The company’s future appeared in question last year after just a single test flight of the company’s giant aircraft. However, in October Stratolaunch announced that Vulcan Inc., Allen’s holding company, had sold the company to an unidentified owner. That new owner was later identified in regulatory filings as Cerebus, a private equity fund, as first reported by GeekWire.

The company has been on a hiring spree since the change in ownership. In a Dec. 10 tweet, Jean Floyd, president and chief executive of Stratolaunch, said the company had grown from 13 to 87 employees in two months. He said the company’s mission was “to be the world’s leading provider of high-speed flight test services.” 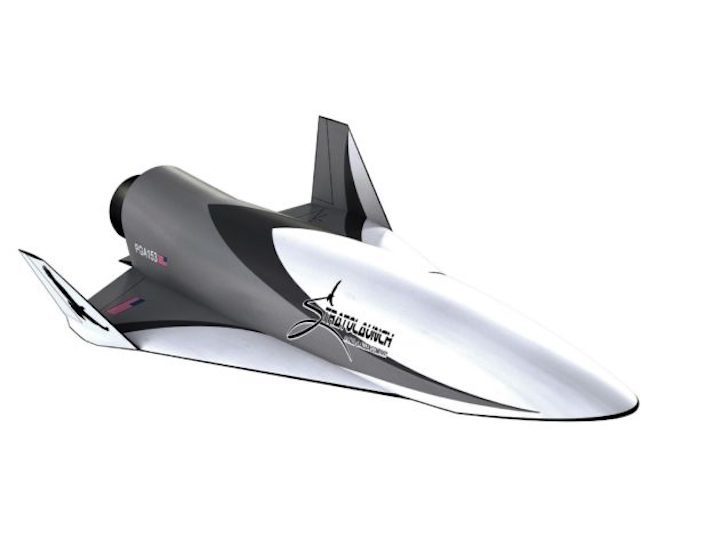 It’s been three months since ownership of the Stratolaunch space venture was transferred from the late Seattle billionaire Paul Allen’s estate to a private equity firm, but the new owners say they’re still pursuing one of the old owner’s dreams: hypersonic flight.