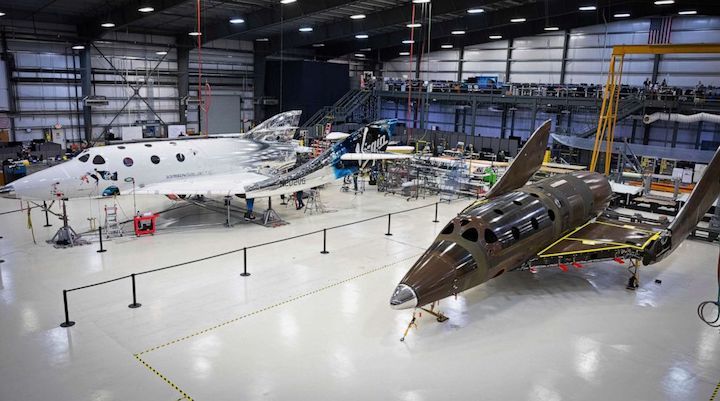 This photo released by Virgin Galactic Wednesday, Jan. 8, 2020, shows Virgin Galactic's next passenger spaceship, at right, standing next to the Virgin Space Ship Unity spacecraft that has already been to space, in a hangar at the company's Mojave Air & Space Port in Mojave, Calif.

Virgin Galactic showed off its sleek new commercial spacecraft on Wednesday, announcing the ship had passed its structural "weight on wheels" milestone.

The company previously said it would start launching private astronauts into space, albeit for a hefty price, beginning this year.

"In this milestone, all major structural elements of the vehicle were assembled, and the vehicle deployed its main landing gear and carried its own weight for the first time," the company said in a statement.

The new spaceship is the second commercial spacecraft produced by Virgin Galactic. The first, VSS Unity, is currently in flight tests. Construction of a third spacecraft is approximately 50% complete.

"These spaceships are destined to provide thousands of private astronauts with a truly transformative experience by performing regular trips to space," George Whitesides, the CEO of Virgin Galactic, said in a statement. 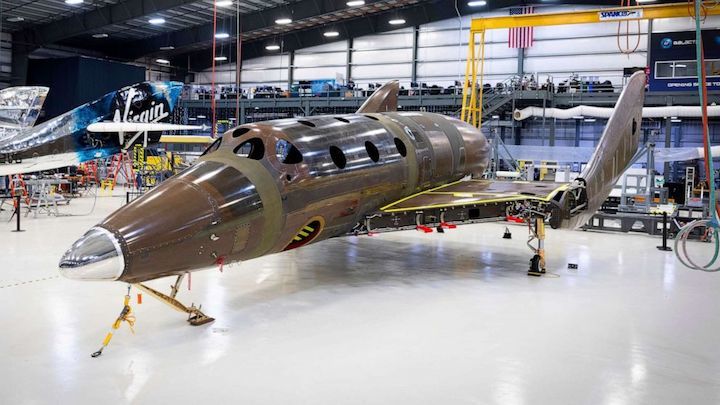 This photo released by Virgin Galactic Wednesday, Jan. 8, 2020, shows Virgin Galactic's next passenger spaceship standing on its landing gear in a hangar at the company's Mojave Air & Space Port in Mojave, Calif.

In October, the company revealed the first spacesuits "for the masses," made in partnership with Under Armour. 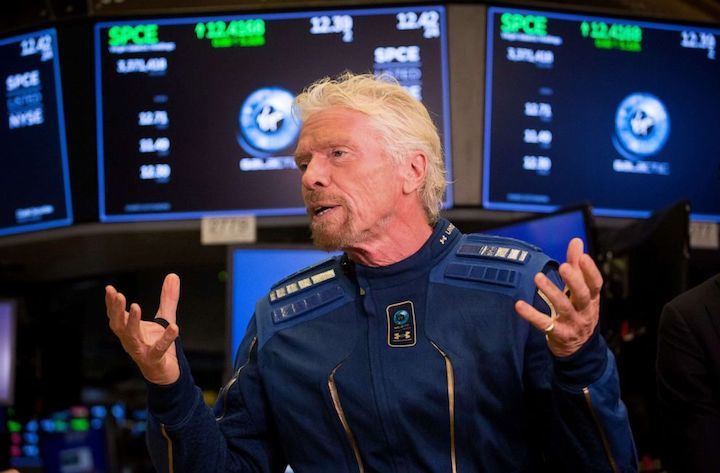 Virgin Galactic, spearheaded by British business tycoon Sir Richard Branson, previously said hundreds of people have already put down a deposit for their tickets to space, which are $250,000 a person.