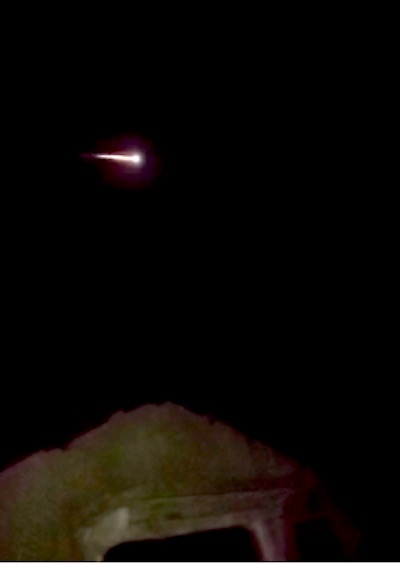 Also here's a great (probable) capture of the reentry of the Long March-5 first stage over the northern Mariana islands from this AMs launch. (H/T @Dunlap_Obs) - 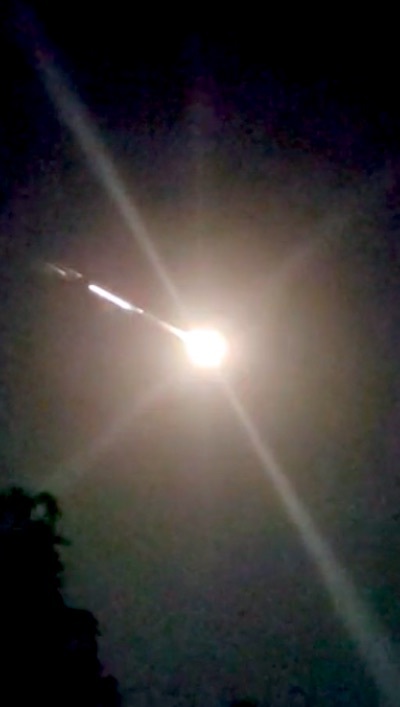 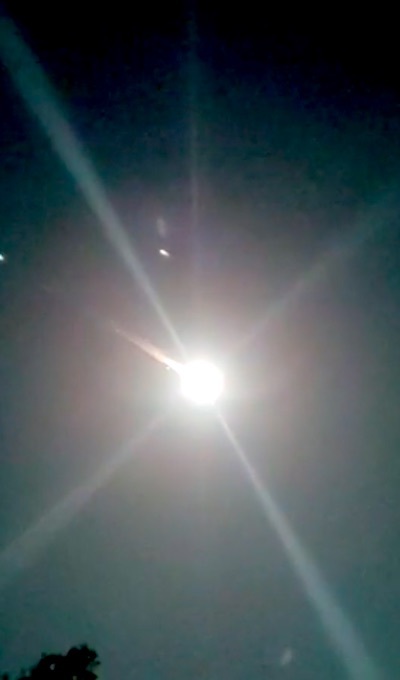 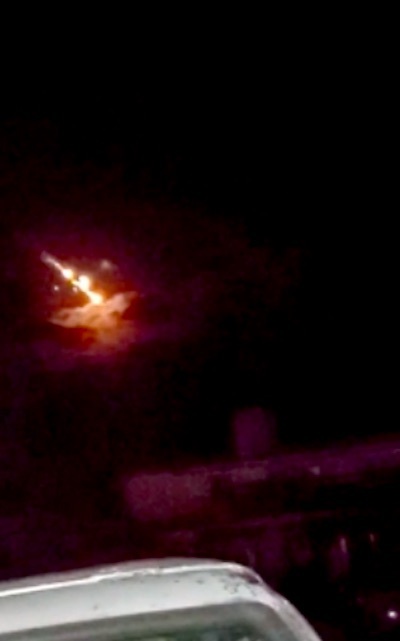 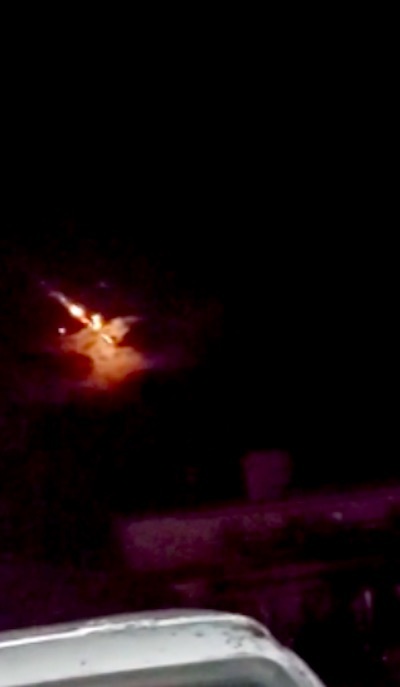 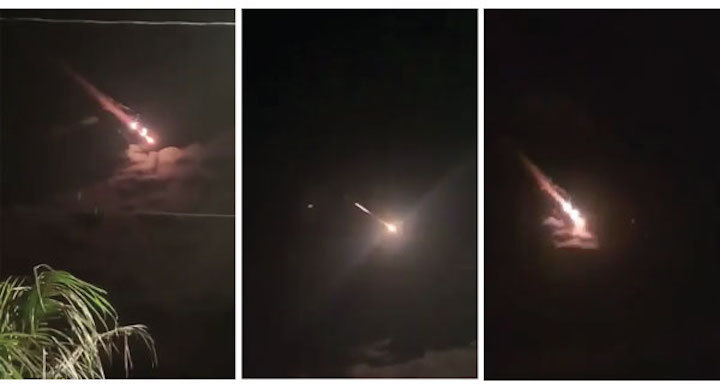 Video and frame grab show the blinding light that streaked over the sky of Saipan last Friday night. Credit to Seiji Gonzales, who took the video and has given permission to Saipan Tribune to post the video on its website. (SEIJI GONZALES)

A bright object streaking across the Marianas skies and breaking into pieces before plunging into the sea late Friday night provoked much speculation on social media whether it was a meteor or a missile after video footage of the event surfaced minutes after the incident, which was seen both on Saipan and in Guam. The CNMI Homeland Security and Emergency Management Agency now says it may have been debris from a test rocket launched from China.

Video footage surfaced on many social media sites of what appeared to be a bright, meteor-like object entering the Marianas atmosphere at around 11pm on Friday before disappearing into the ocean.

The National Weather Service in Tiyan, Guam, issued a public post at 11:57pm on Friday stating that, based on the videos, it was possibly a meteorite breaking up in the sky as it entered the Marianas’ atmosphere.

However, another possibility is that it could be debris from an earlier Chinese rocket or booster test.

According to the CNMI Homeland Security and Emergency Management Agency, Chinese media reported that the entity was a test launch from China and posed no threat to the Marianas

“Chinese media outlets report that a heavy-lift Long March 5 rocket carrying a test satellite payload blasted off from the Wenchang launch site on the southern island of Hainan at 8:45pm,” the report stated.

Homeland Security stated in a press release that the commercial space launch occurred at 10:45 ChST and corresponds with a Federal Aviation Administration Notice to Airmen that was active from 10:43pm until 2:41am.

The atmospheric phenomenon occurred in the vicinity of the Marianas around 11:25pm, corresponding with the time of the NOTAM.

It is now strongly believed that what was seen in the footage littering social media is the leftover debris from the Chinese rocket.

“My husband and I came from a night out with friends and, before going to bed, decided to enjoy the breeze coming from the ocean. Suddenly, a blinding light came out of the night sky behind my husband’s head. Directly in our line of sight, the bright light slowly became visible with a big fireball in front followed by a tail. We were unsure of what it was as we watched it for a good 7 to 8 seconds before the big fireball broke into three parts and then further to smaller parts plunging into the ocean,” she said.

A few moments later it dawned on them that it could be a falling meteor.

“Then it hit us—those were not fireworks but meteor entering the earth’s atmosphere! While celebrating what we witnessed, we heard a series of explosions 2 minutes after we saw the meteor explode that were similar to thunder. We stayed for another 30 minutes in the patio, expecting to see possible brother meteors that will follow. Nothing happened anymore and the night sky resumed with its abundance of stars and visible satellites crossing the Marianas. It was so unreal and we will probably not see anything like that in our lifetime again!”