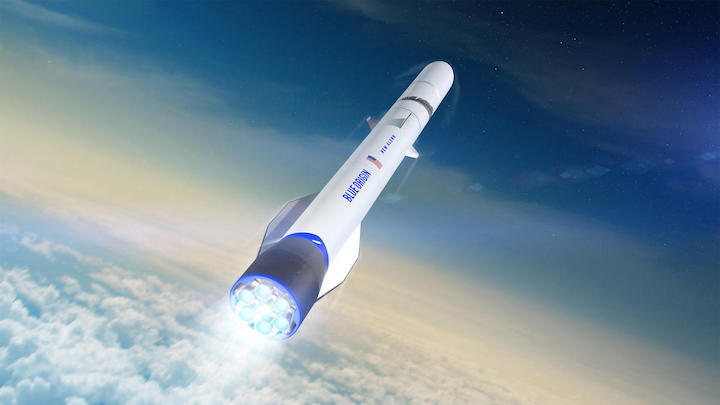 While the future of the Port of Pensacola isn’t cast in stone, the trend appears to be away from the traditional industrial businesses. WUWF’s Dave Dunwoody has part three of his look at the facility, focusing on a space-age firm.

Some of the so-called “niche” organizations already at the port may provide a blueprint. Port Director Amy Miller recently held an open house to display their tenants, and discuss the future. Before the walking tours, she delivered a pep talk of sorts.

“It’s an opportunity for you to hear from the businesses that operate here,” Miller said. “What they do, what their employment numbers look like, what their impact to the community in terms of economic impact is, and why they’re here at the Port of Pensacola. These are multinational, national companies that frankly could do business anywhere.”

What appears to be the port’s highest-profile work is being done by Offshore Inland Marine – converting a former cargo ship for a role in the next phase of the U.S. Space Program.

“This ship will be out in the middle of the Atlantic Ocean, and the recoverable portion of the rocket will land on the ship – unlike the old days, when they used to crash into the ocean and a Navy ship would go recover them,” said Miller. “Somebody with a joystick is maneuvering those things and they can literally land on a dime,” said Miller. The rockets will cause some damage to the ship’s landing platform, so she would be returned to the Port of Pensacola for repairs. Miller’s also hoping to get some additional work from that, and other parts of the project.

“Blue Origin has plans to have one more ship converted; we hope we get that work in the future,” Miller said. The long-term, permanent long-term ongoing business that will come out of this is the repairs in between launches, and the homeporting of the vessel.”

“This is my baby; I’m responsible for all the marine actives at Blue Origin,” says Toby Selcer, who led his company’s part of the tour. Amazon CEO Jeff Bezos' private space company is a year into its project to repurpose the 600-foot ship at the port to handle “catching” a rocket on its deck.

“The reason is that particular orbit, we cannot get our rocket back,” Selcer says. “And we want to reuse our rockets. There’s not enough fuel left to turn around and get back to land, so we have to give it a place to land in the ocean and then we’ll bring it back.”

Also under construction is the project’s launch facility at Cape Canaveral. The first mission is tentatively scheduled for some time in 2021. Selcer says workers already have stripped everything not needed from the ship, and now the focus is on building it back for its new task.

“Currently we’ve removed a little over a million pounds of steel out of the vessel, and we’re just now starting to add steel back in,” said Selcer. “Next year, we’ll start building the decks. We’re rerouting the exhaust so that the rocket doesn’t have anything to have to overcome. We want it as flat as possible.”
The company had to get Coast Guard approval to store the ship at the port without a crew or engine -- meaning it could not be moved in the case of a hurricane. Selcer says Blue Origin had to pay to install large bollards at the port to keep the ship stabilized in a storm.

“We have designed a system to keep this thing in place up to a Category-5 storm,” said Selcer. “Those pylons go 80 ft. down; those are very, very, strong bollards. The port’s cooperated with us; we’ve had a great experience. It’s been wonderful being here.”

At the end of the first few missions, the ship will return to Pensacola; but Selcer says that will eventually change out of necessity.

“We’ll finally get to the point where I don’t have enough time to get back here; we’ll have to work on it on the East Coast,” Selcer said. “But in the early parts of the program we’ll come back here and do all of the repairs here. Hopefully not too many – that’s what I’m worried about. That rocket’s hard on ships – that’s what I’m worried about – let me put it that way.”

The Air Force plans to spend up to $500 million for future national security launches on Blue Origin's rocket. If all goes as planned, Blue Origins will be the second company to launch reusable rockets and land them at sea. SpaceX was the first, when its vessel captured the first stage of a rocket in 2016.