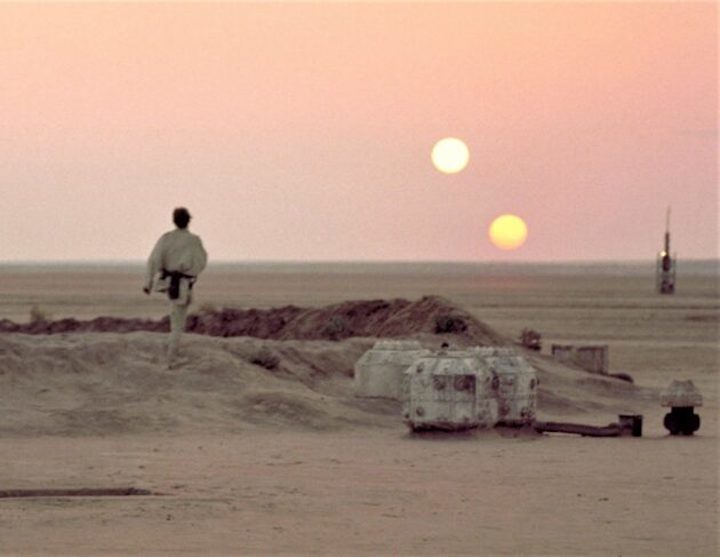 Over the past 42 years, filmgoers have seen exotic worlds come to life in a succession of Star Wars movies — a series that is now coming to a climax with “Star Wars: Episode IX, The Rise of Skywalker.” But are those exoplanets really all that exotic anymore?

Sure, we’ve seen two suns in the sky over the sands of Tatooine, Luke Skywalker’s home planet. We’ve been to an ice planet (Hoth) and a lava planet (Mustafar). We’ve even spent time on a habitable exomoon that’s in orbit around a gas giant (Endor).

Back in 1977, most of us might have thought those types of worlds to be science-fiction fantastical. Today, they’re seen as totally plausible categories in the study of thousands of planets beyond our solar system. And Rory Barnes, a University of Washington astronomer who focuses on astrobiology and the habitability of exoplanets, suspects Star Wars creator George Lucas knew this could happen.

Barnes points to a book called “Habitable Planets for Man,” which was written for the Rand Corp. in 1964 (and is freely available on the Web).

“There’s stuff in there about circumbinary planets, something like Tatooine, and about exomoons,” Barnes told me. “It was only seven or eight years before George Lucas started writing Star Wars … so I suspect that he was at least aware of it.” 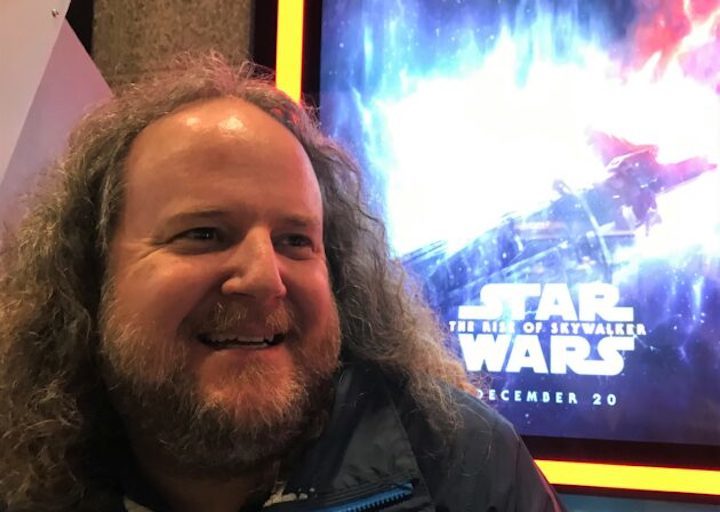 Even the fact that Lucas missed out on what’s now thought to be the biggest category of real-life planets — the ones that orbit red dwarf stars — serves as evidence for Barnes’ case.

The 1964 book discounted the idea that red-dwarf planets would be habitable, because of an undesirable tidal-lock effect in their orbits. Today, planetary scientists are warming up to the idea of habitable red-dwarf planets, but the only clear references to such worlds in the Star Wars canon are found in offshoots of the central nine-movie Skywalker series.

When Disney’s producers, writers and directors put together their post-Skywalker Star Wars movies, maybe they should work some red-dwarf planets into the plots.

To prime the pump for a look back at four decades of Star Wars planetary science, Barnes and I attended an advance screening of “The Rise of Skywalker” earlier this week — and then sat down for a Q&A in a nearby cafe. You’ll shouldn’t find any plot spoilers in the following transcript, which has been edited for brevity and clarity. But if you’re dead-set against reading anything about the movie, stop here and check back when you return from the theater.

GeekWire: It’s interesting to see how Earthlike most of the planets are in “The Rise of Skywalker.” Some have more desert, some are cold and icy, some have huge oceans. But you could walk around all of them without a spacesuit. Has it gotten to the point where people know if a planet has deserts or oceans?

Q: The farthest you can get is to analyze an exoplanet’s atmosphere.

A: Yeah. And even that’s only possible for the giant planets so far. People are starting to get down to some Neptune-size planets, but they have to be extremely close to their star. Getting down to the terrestrial worlds that we would be able to live on, that’s still a long way out.

The first chance will be with the James Webb Space Telescope [currently due for launch in 2021]. The key thing about the James Webb Space Telescope is that it’ll be the first telescope humanity’s ever built that’s able to detect passive life — meaning life that’s not broadcasting their television signals at us. Not intelligent life, but microbial life.

With something like five or more years of data, it might be able to tell us something about terrestrial planets. They’d have to be around some of the lowest-mass stars in the galaxy, something like 10% of the mass of our sun. Then maybe we can see a planet, and maybe sniff out the atmosphere.

Q: How will Webb sniff out the signs of life?

A: It would do that with something called transit transmission spectroscopy. When a planet crosses between Earth and the disk of a distant star, some of the light from that star gets filtered through the exoplanet’s atmosphere on its way to Earth. Then we can see the chemical fingerprints in the atmosphere, embedded in that stellar spectrum.

Q: I know there’s been some discussion about what the chemical fingerprints of life might be. It’s not just a case of finding oxygen, right?

A: Yeah, that was some research that came out of my group a few years ago. … It turns out that there’s a natural way to build up enormous amounts of oxygen, to the point where you can’t get rid of it all. That was important, because up to that point, a lot of people thought that finding oxygen would be the smoking gun for life.

There’s not one particular thing you can look for. What we now understand is that you need to look for a combination of things. It’s really about what type of star the planet is orbiting, what the size of the planet is, what the rest of the system is like, and then looking for a set of molecules in the atmosphere, not just a single one.

You really need to see multiple elements or molecules in the atmosphere, where you can say, “OK, this has to be from life.” There’s no geological or purely atmospheric process that could produce the composition of the atmosphere. The only answer that’s left is life.

A: That’s a classic example. That’s one thing that Carl Sagan proposed, that the biosignature of life on Earth was the simultaneous presence of oxygen and methane — because oxygen and methane hate each other, and they try to break each other apart and go back into water, oxygen and carbon dioxide. There’s not a non-biological process that can create the chemical equilibrium that you see. Life would have to be the factor that is enabling them to be in equilibrium.

Q: One of the interesting things about the Star Wars movies is that you have all these different species and cultures getting together on the flight deck, or at the bar, and they’re all able to breathe the same air and understand each other. On one level, that’s just Hollywood. But on another level, you could wave your hands and say that all of these similar species gravitate toward each other.

Q: How confident are you that astronomers will be able to find Earthlike planets with environments that are hospitable for life?

A: I guess it’s a matter of time, right? I’m confident that those planets are out there. I just think this can’t be a complete one-off. But the question is, how common are they? That gets to the importance of objects like the interstellar comet [2I/Borisov, which is currently passing through our solar system].

If we start seeing all these comets that have the same composition as those in our solar system, it starts to tell us that maybe there’s not a huge diversity of composition of planets. … It starts to suggest that maybe most of those planets are going to be alike in their composition.

Q: There’s the value of studying interstellar comets from an astrobiological point of view.

A: There’s always an advantage of studying everything in an astrobiological context. … I often tell people that we need to come up with something like “The Journal of Bad Earth Science,” where Earth scientists say, “Wouldn’t this be cool? But oh, no, we need like 20 times more calcium on our planet for this to work.” Well, write that down and give to an exoplanet scientist. That way, we can have your great insight, and maybe that’ll help us explain an observation. So far, nobody’s taken me up on that suggestion. But, hey, someday maybe it’ll happen.

Q: Well, that brings us back to Star Wars, where you’ve got all these different species like Wookiees and Ewoks and humans working together. It would be good to have different “species” of scientists working together on Earth to address the big questions.

A: Absolutely. That’s why there’s a big push to increase diversity in science, right? I mean, most people who are scientists look like me, and that’s a limited range of perspectives. You want to get diverse ideas and diverse perspectives together to address the really hard problems that we have. That’s why there’s a big push to bring in more women and people of color — hopefully, to get to the answers faster.

For more on Star Wars planetary science, check out “Dunes on Planet Tatooine,” a paper by Johns Hopkins University’s Ralph Lorenz and colleagues about sand migration in Tunisia, based on its portrayal as a Tatooine landscape in “Star Wars: Episode IV, A New Hope.” You can also delve into the science of Star Wars as explained by researchers at Georgia Tech and Stanford, or check out a couple of books: “The Science of Star Wars” by Jeanne Cavelos (1999) and “The Physics of Star Wars” by Patrick Johnson (2017).

Astronomie - Not so far, far away: How the Star Wars galaxy falls short of the real-life search for planets
741 Views
Created with page4