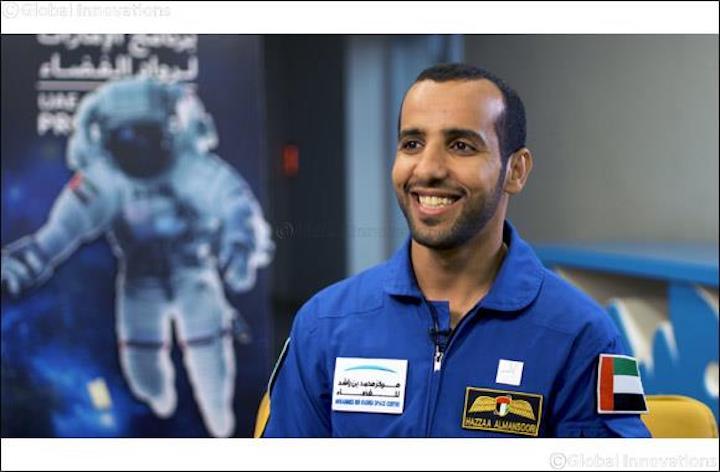 Following his trip to the International Space Station, Hazza Al Mansouri now focuses his attention to the UAE's Hope Mission, which is set to reach Mars on the UAE's 50th anniversary, making it the ninth country to touch down on the planet.

Hazza Al Mansouri is also working on the UAE's main space mission, the hundred-year program named 2117 with an objective of sending people to Mars by this date.

In an interview to air on Euronews on 12th December, Hazza Al Mansouri commented on the 2117 mission and said: 'One of the really most challenging things is food security, energy, how we can survive there with the high radiation affecting our bodies. So, all of these challenges that we encounter we have to study them now from here and to build up also a culture of science. Just to mention… we will build up like a simulation of habitat here in the UAE. We simulate the living on Mars. And with that, we will build up like different buildings, museum and also scientists will be hosted also in this habitat simulation or to study more Mars environment. And definitely just to highlight that the challenges that we'll have onboard the station or also on future on Mars or on moon, that they will also affect us here on ground from food security, energy or how to provide water also. (sic)

Commenting on introducing UAE food to the International Space Station and the reaction he received, Hazza Al Mansouri said: 'I offered them UAE food on board the station. It was amazing for them and interesting because our food, as you know, it has its unique flavour and also spices…. So they liked it, actually. And we did a lot of pictures and they liked it. And they said that we want to order this more in future. So I hope it will be the permanent.

After a yearlong training regime in Russia and the 25th September voyage to the International Space Station which has made Hazza Al Mansouri a well-known name around the world, the UAE's first astronaut is spearheading the UAE's future space missions and engaging the UAE youth about the space culture.

The full interview, exclusive to Euronews, will air on Wednesday 18th December at 8.55pm CET on Target, a business show that highlights innovative and forward-thinking pioneers.
Euronews is Europe's number one international news channel, currently delivering 24/7 news to almost 400 million TV households in 160 countries. Euronews reaches 142 million people every month and is available in 12 distinct language editions and has a strong presence on digital platforms.

Raumfahrt -The UAE's First Astronaut, Hazza Al Mansouri Talks to Euronews About What's Next for the UAE's Space Mission
1072 Views
Created with page4