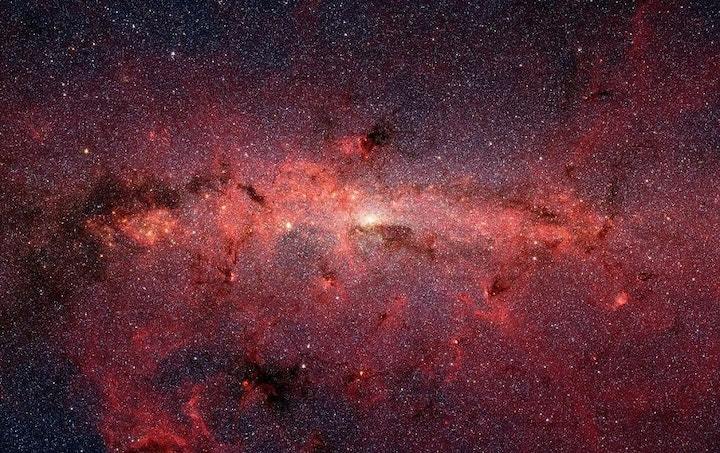 The Milky Way’s “thick disc” is about 10 billion years old, according to an international team of scientists.

They used data from NASA’s now-defunct Kepler space telescope to study star-quake vibrations – and appear to have cleared up a long-standing mystery.

“Earlier data about the age distribution of stars in the disc didn’t agree with the models constructed to describe it, but no one knew where the error lay – in the data or the models,” says Sanjib Sharma from Australia’s ARC Centre of Excellence for All Sky Astrophysics in Three Dimensions (ASTRO-3D).

Sharma is lead author of a paper published in the Monthly Notices of the Royal Astronomical Society. He worked with 37 other researchers from Australia, the US, Germany, Austria, Italy, Denmark, Slovenia and Sweden.

The Milky Way – like many spiral galaxies – consists of two disc-like structures.

The thick disc contains only about 20% of the galaxy’s stars and, based on its vertical puffiness and composition, is thought to be the older.

To find out just how much older, Sharma and colleagues used asteroseismology – a way of identifying the internal structures of stars by measuring their oscillations from star quakes.

“The frequencies produced tell us things about the stars’ internal properties, including their age,” says ASTRO-3D’s Dennis Stello. “It’s a bit like identifying a violin as a Stradivarius by listening to the sound it makes.”

The researchers don’t “hear” the sound generated by star-quakes. Instead, they look for how the internal movement is reflected in changes to brightness.

“Stars are just spherical instruments full of gas,” says Sharma, “but their vibrations are tiny, so we have to look very carefully.

“The exquisite brightness measurements made by Kepler were ideal for that. The telescope was so sensitive it would have been able to detect the dimming of a car headlight as a flea walked across it.”

The data delivered by the telescope during the four years after it launched in 2009 presented a problem. It suggested there were more younger stars in the thick disc than models predicted.

The question confronting astronomers was stark: were the models wrong, or was the data incomplete?

In 2013, however, Kepler broke down, and NASA reprogrammed it to continue working on a reduced capacity – a period that became known as the K2 mission. The project involved observing many different parts of the sky for 80 days at a time.

This allowed for a fresh spectroscopic analysis. This revealed that the chemical composition incorporated in the existing models for stars in the thick disc was wrong, which affected the prediction of their ages.

Taking this into account, the researchers found that the observed asteroseismic data now fell into “excellent agreement” with model predictions.