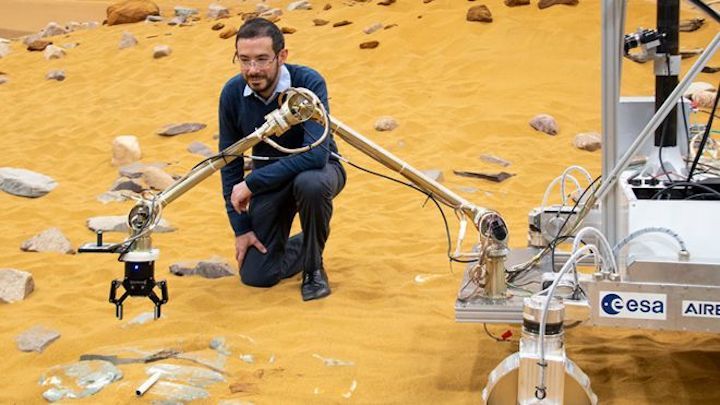 British engineers have begun testing technologies that will be needed to bring samples of Martian rock to Earth.

The Airbus team is training a prototype rover to recognise and pick up small cylinders off the ground.

It's a rehearsal for a key part of a multi-billion-dollar project now being put together by the US and European space agencies - Nasa and Esa.

Returning rock and dust materials to Earth laboratories will be the best way to confirm if life exists on Mars.

It is, though, going to take more than a decade to achieve.

The small tubes - about the size of whiteboard markers - being manipulated by the Airbus prototype represent the Martian samples.

The idea is that these will have been selected, packaged and cached on the surface of the Red Planet at various locations by the Americans' next big rover, which launches in seven months' time.

It would then be the job of a later European robot, launching in 2026, to run around and pick up the cylinders. This "fetch rover" would deliver the tubes to a handling station, from where they could be despatched to Earth. 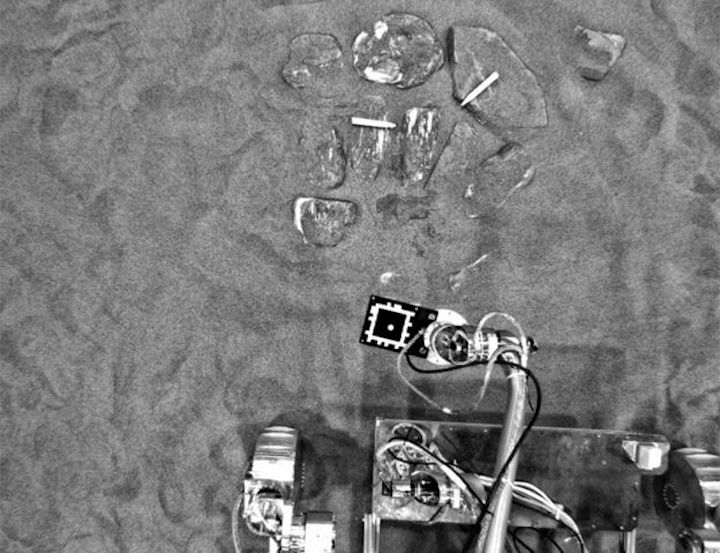 At Airbus's Stevenage facility, they've built a "Mars yard" to simulate the Red Planet's surface. It's here that robots can be put through their paces on the sort of terrain they might encounter on Earth's near neighbour.

Right now, engineers have got a dummy rover practising the business of retrieving packaged rock samples. And, yes, the stand-ins really are whiteboard markers.

A vision-based software system directs a robot arm and claw to move into position over a cylinder. Very slowly, the mechanism reaches down and grabs its target.

The exercise works extremely well, even when the tubes are partially buried to mimic the aftermath of a Martian dust storm. But a sandpit in southern England is not quite Mars, where temperatures can be excruciatingly cold and the environment is bombarded with radiation from space. The eventual "flight model" will need to be super-robust. 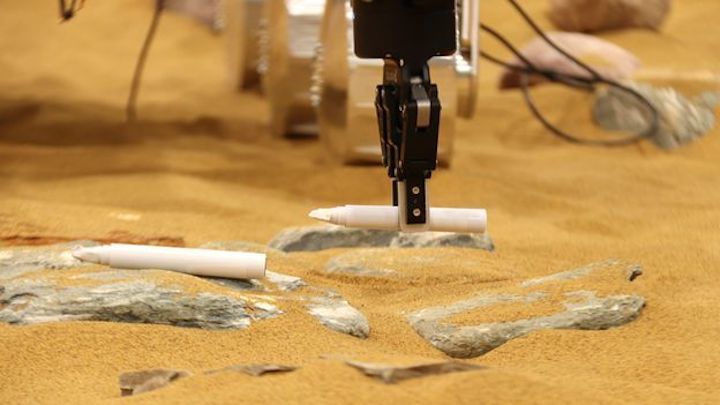 The Airbus engineers are confident, however. They have just completed construction of Esa's ExoMars Rosalind Franklin rover, which will be heading to Mars in July on a separate mission. They'll take the lessons learned from that vehicle into the development of the fetch rover, follow-on contracts from Esa permitting.

"We've learned about how to design mechanisms, structures, electronics, overall systems, software autonomy - for working on Mars. We know the Martian environment; we know how to make things robust. And so we're going to use all that experience and expertise to make sure that 'Sample Fetch Rover' is an optimal design," he told BBC News.

Last week, Europe's research ministers approved a near-€600m (£515m;$660m) budget for the robotic exploration of Mars. It will enable Esa to push forward on the designs, not just for the fetch rover but for the other European elements in the project. These include a satellite to carry the samples from Mars orbit back to Earth. 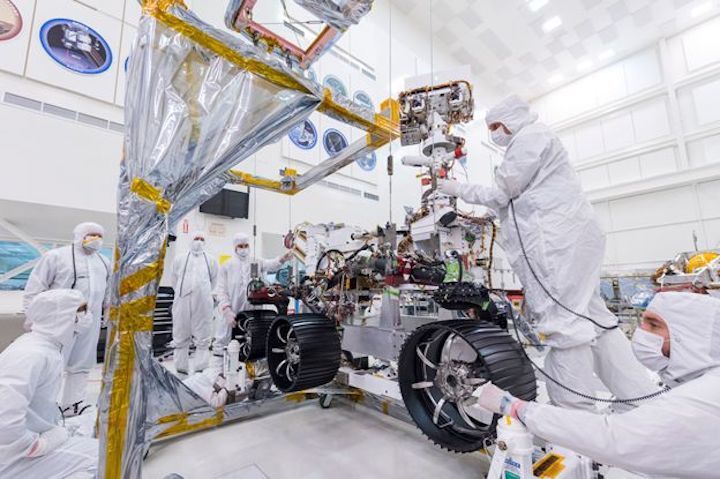 America has already funded and built next year's rover which will be sent to find the rock samples. But it is expected shortly to put in place a parallel funding stream to progress its other contributions.

These would include a landing system and processing station. This large mechanism would release the fetch rover on its quest and then handle the retrieved sample canisters, loading them into a rocket that could then head skyward to meet up with the European satellite.

"Nobody's ever tried something this challenging before," said Mr Camilletti. "We've returned samples from space before but I don't think you'll find a project that has so many different spacecraft with such an ambitious science return. There's been nothing comparable." 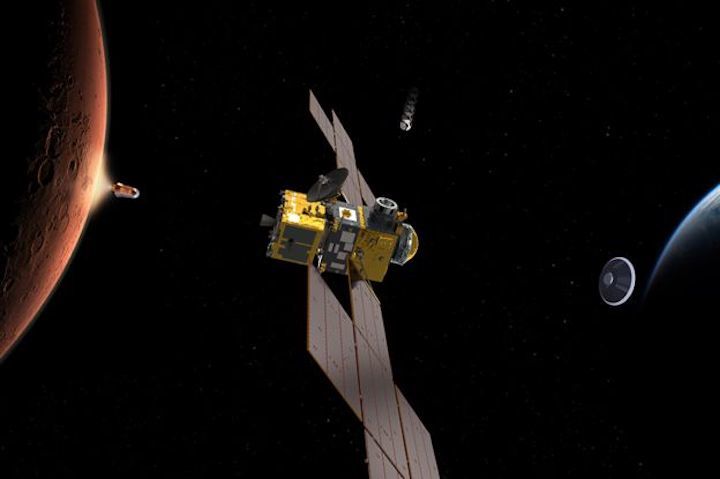 Artwork: A US rocket will lift the samples into space; a European satellite will do the transfer to Earth