As NASA presses forward with the agency's mission to the Moon, Mars and beyond, the development of top-tier technology is critical to success. With emphasis on lunar exploration and scientific investigation, the desire to deliver a wide variety of payloads to the Moon has increased.

For NASA's Commercial Lunar Payload Services (CLPS) initiative -- which is leading the effort -- this is no new concept. NASA has already awarded commercial contracts for payload delivery to the lunar surface, and expects to establish additional partnerships to support upcoming lunar ventures. 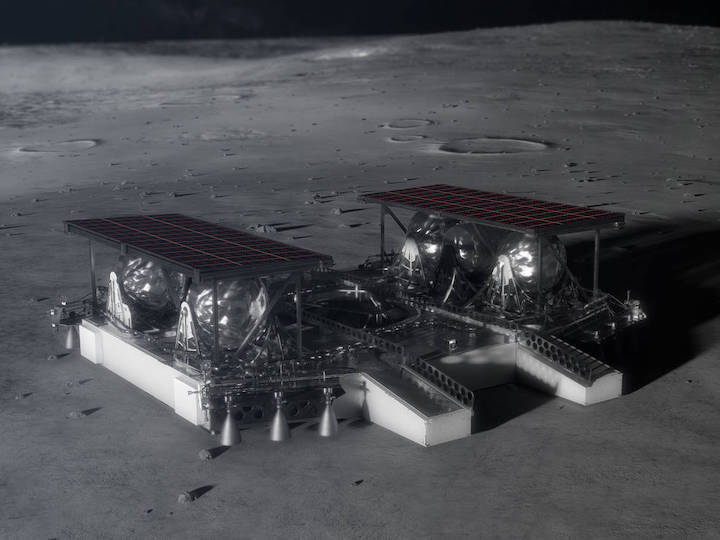 Several of these payloads will require vehicles capable of exploring the environment -- such as a rover -- to achieve their scientific objectives. To prepare for these missions, NASA has conducted a number of studies to identify and examine the technologies needed not only to reach, but to gather valuable data from, the Moon. These studies have led to important developmental efforts in areas such as advanced propulsion, navigation, communication, landing and other critical lander subsystems.

In one recent study, NASA developed a concept for a mid-sized lander that would deliver a rover to the polar regions of the Moon. This design focuses on demonstrating a highly accurate, large payload lunar landing vehicle. The system-level requirements focus on maximizing the mass delivered to the surface while maintaining landing site accuracy.

“This lander was designed with simplicity in mind to deliver a 300 kilogram rover to a lunar pole," said Logan Kennedy, the project's lead systems engineer at NASA's Marshall Space Flight Center in Huntsville, Alabama. "We used single string systems, minimal mechanisms and existing technology to reduce complexity, though advancements in precision landing were planned to avoid hazards and to benefit rover operations. We keep the rover alive through transit and landing so it can go do its job.”

Multiple NASA field centers contributed to this complex effort -- the results of which are captured in a technical paperavailable to the public on the NASA Technical Reports Server. As NASA turns to commercial partners to land scientific instruments -- and eventually humans -- on the Moon’s surface, companies can benefit from work NASA has already done.

“As robotic lunar landers grow to accommodate larger payloads, simple but high-performing landers with a contiguous payload volume will be needed,” Kennedy said. “This concept was developed by a diverse team of people over many years and meets that need.

“We hope that other lander designers can benefit from our work,” he added.