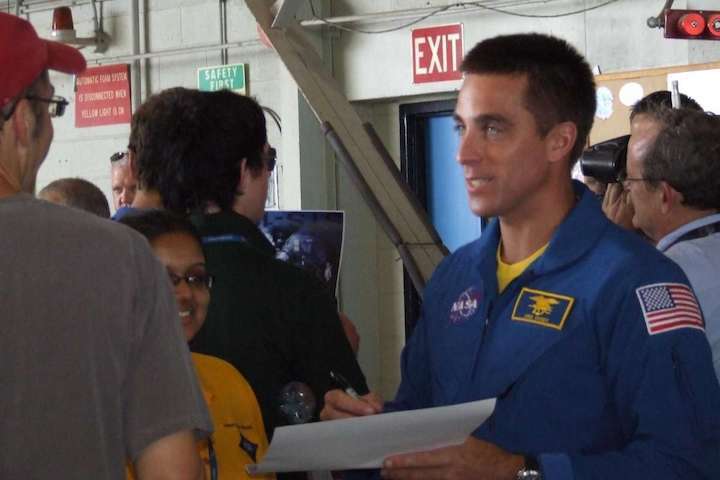 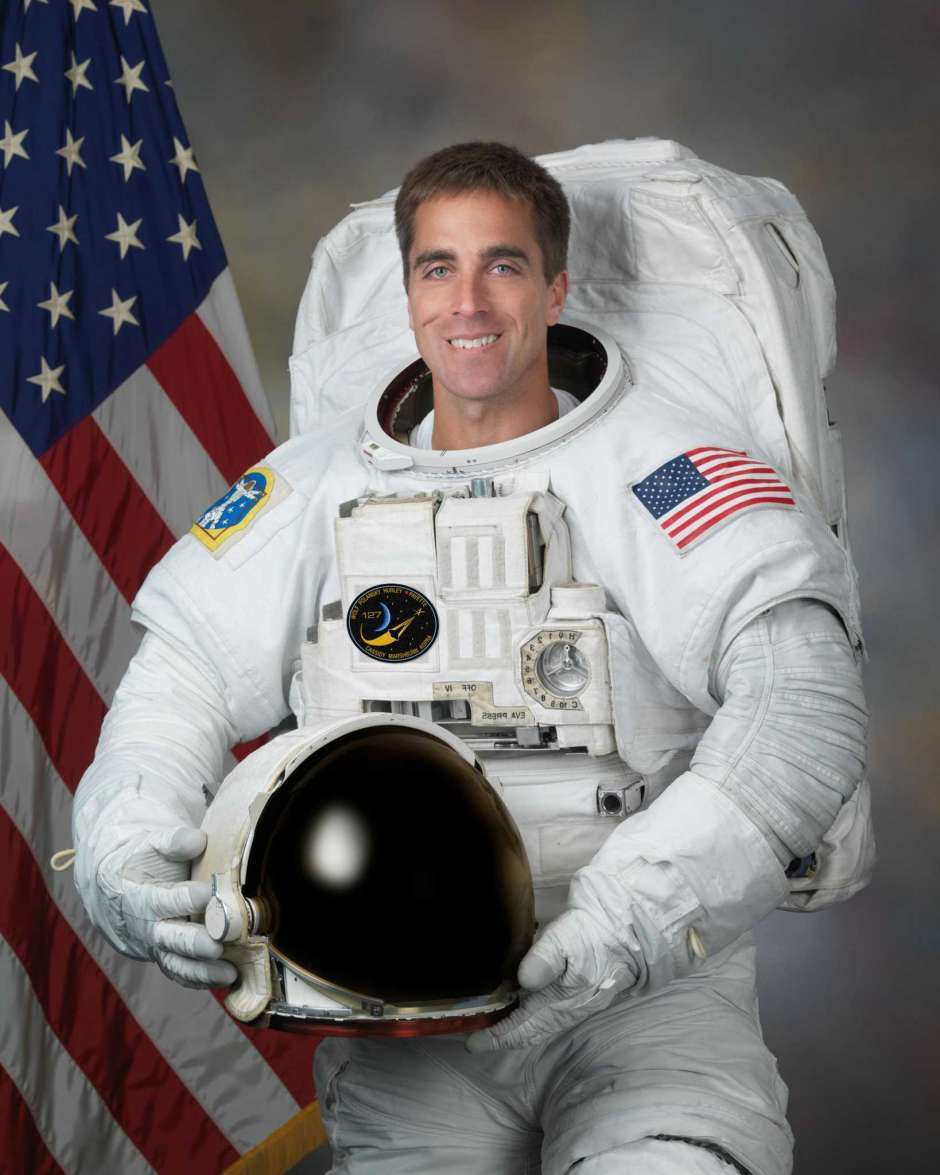 NASA astronaut Chris Cassidy has spent 182 days in space, and is well-versed in the unexpected hazards of space travel as he prepares to return to the International Space Station next spring.

In 2013, during Cassidy’s first long-duration mission at the space station, he was tasked with an emergency spacewalk to troubleshoot a radiator leaking ammonia in the station’s power system. The leak was repaired in less than 3 hours, a minor hiccup by space standards, but as Cassidy prepares to return to the space station in April 2020 with the Expedition 63 crew, he believes they are prepared for any new problems that should arise on their 6-month mission.

“The reason we train is to be ready for any contingency that happens,” Cassiday said at a media briefing at Johnson Space Center with his crewmates, Russian cosmonauts, Nikolai Tikhonov and Andrei Babkin. “You don’t know what the next weird thing that’s gonna happen is but we practice for all the weird situations that we can think of.”

The Expedition 63 mission will be Cassidy’s third spaceflight, and his second aboard the Russian Soyuz rockets that have been ferrying NASA astronauts to the space station since the agency shuttered its space shuttle program in 2011. Commercial rockets being built by SpaceX and Boeing are meant to alleviate that reliance, but those programs are behind schedule.

The Russian Soyuz spaceflights have not always gone smoothly. Astronaut Nick Hague and Russian cosmonaut Alexey Ovchinin were scheduled to join the space station’s Expedition 57 crew in October 2018, but they were forced to abort their mission when the Soyuz spacecraft transporting them to the space station experienced a rocket booster malfunction shortly after launch.

Russian officials later announced that the failed launch — the first of its kind in 35 years — was the result of a malfunctioning sensor, which caused the first and second stages of the rocket launching the Soyuz to crash into each other, breaking the second stage and forcing an emergency landing.

The abort was preceded by the discovery of an air leak-causing hole in a different Soyuz docked to the space station in late August.

Subsequent Soyuz launches have gone smoothly, but Cassidy acknowledged the risks that come with any rocket launch carrying a human crew. He said he is confident that both Russian and American engineers and scientists have worked to ensure the Soyuz’s systems are as safe as possible.

“If you’re not a little bit nervous on launch day, you don’t understand the physics behind you,” Cassidy said. “That being said, we’re all really well trained and I think (Hague’s) aborted mission shows that the equipment actually is pretty robust too. There’s a reason there’s an abort system and there’s a reason that it’s automated and things happen quickly.”

“This is an interesting time because the astronaut and cosmonaut communities (are) very small and tight-knit,” Cassidy said. “So even though we are formally together for just a very short period of time, we’ve known each other for several years and our families have dined together in both countries, so there’s a familiarity there that’s rooted in friendship.”

It will be the first spaceflight for the two cosmonauts, and Tikhonov mentioned that he was happy to have Cassidy’s prior space experience to lean on.

Tikhonov had previously been scheduled for space travel three different times before finally being named to the Expedition 63 crew. He said there was a point that he thought he would never make it to space and said he is proud to carry on the tradition of international collaboration in space, regardless of the occasionally tense Russian-American relations on the ground.

“Right now we have some different points of view, different understanding, maybe different traditions,” Tikhonov said. “The International Space Station actually shows us how it’s possible to not allow your traditions, your habitats, (to) affect international cooperation. Our partnership and friendship just continues through these years, 20 years of ISS. It’s really wonderful and I’m looking forward to these new steps.”