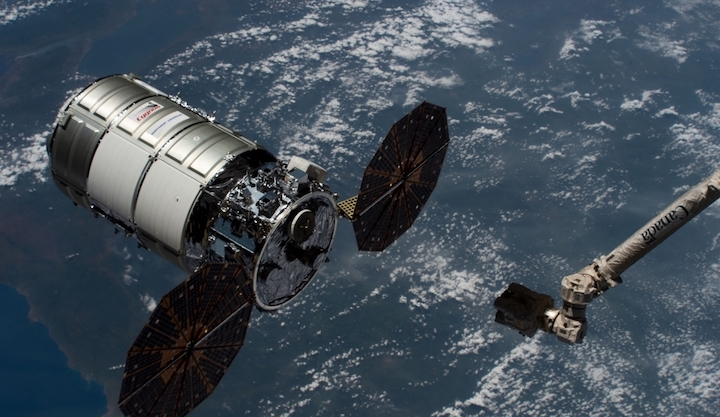 While the main focus last weekend was on the successful launch of the Cygnus NG-12 mission with a fresh set of science experiments and supplies for the Expedition 61 crew of the International Space Station, Northrop Grumman was eagerly awaiting the opportunity to test a critical new capability for Cygnus.

That new effort was the ability for two Cygnus spacecraft to fly in space at the same time – with the team able to properly command each spacecraft individually.

This testing is crucial for Northrop Grumman’s plan to offer Cygnus as a free-flying science platform for NASA, government, and commercial companies after its primary Station mission is complete.

This effort was only possible because Northrop Grumman used their NG-11 Cygnus – launched 17 April 2019 – to test some of the long-duration Cygnus systems after that craft left the Station in August.

Since then, NG-11 has spent the last three months free flying in Low Earth Orbit.

Normally, Cygnus vehicles depart the International Space Station, deploy a few CubeSats, and then re-enter Earth’s atmosphere within a couple of weeks. 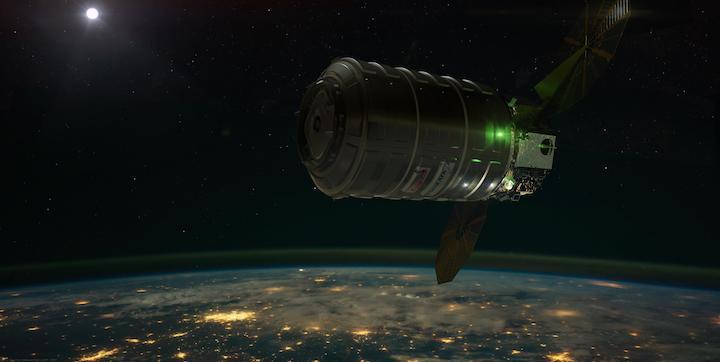 For NG-11, the last three months have seen the craft test out the new Cygnus long-duration systems and equipment – most notably the Control Moment Gyroscopes, or CMGs.

The new CMGs on Cygnus provide attitude adjustments and orientation changes of the craft without having to use the precious and limited onboard supply of fuel for the vehicle’s thrusters and engine.

According to Frank DeMauro, Vice President and General Manager of Space Systems Division at Northrop Grumman, those CMG tests have gone extremely well.

And that success laid the groundwork for the most crucial test that could only be performed once the NG-12 Cygnus was on the launch pad and in orbit: commanding two separate Cygnus spacecraft at the same time with the same control teams.

“To control and monitor two Cygnus vehicles at the same time, we have never had the need to do that,” said Mr. DeMauro in a one-on-one interview with NASASpaceflight a few days before the NG-12 Cygnus launch.

“And we wanted to do it as efficiently and safely and effectively as possible.  So we have the same Mission Ops team monitoring both vehicles. We have the telemetry from both spacecraft piped into our mission control center.

“So any of the spacecraft operators can view the telemetry in their particular area by simply clicking a button to move between NG-11 and NG-12 telemetry.”

To make this operation as seamless as possible for the control teams, Northrop Grumman implemented a series of changes to their consoles to increase situational awareness of which Cygnus vehicle each operator is currently working with.

In terms of human-computer interfaces, each Cygnus is color coded.  For example, if NG-11’s telemetry is displayed against a blue background, NG-12’s data would have a purple background – enabling controllers to instantly recognize which vehicle’s data they are looking at.

This situational awareness is quite important because the console operators had to monitor both craft at the same time with a near-constantly stream of telemetry coming in from both NG-11 and NG-12.

“We did put safeguards in place so that we don’t accidentally send the wrong command to the wrong spacecraft.  And so all of that has been tested and simulated on the ground. All the rehearsals have taken place. So for us, it’s an exciting capability to be able to demonstrate,” said Mr. DeMauro.

“And we are constantly recording both sets of telemetry so the team can downlink both sets and review it offline.”

In an update to this effort provided to NASASpaceflight today, Northrop Grumman said, All testing has gone well in regards to both spacecraft in orbit at the same time.”

With NG-12 now safely berthed to the International Space Station following a flawless launch and rendezvous with the orbital outpost, Northrop Grumman will now turn their attention to determining if they have enough data from commanding both Cygnus spacecraft at the same time.

If they have enough data, plans will then be made as to when to deorbit NG-11.

“Our baseline plan is to end NG-11 first,” related Mr. DeMauro.  “Once we demonstrate the two Cygnus spacecraft flying at the same time, and as long as the team feels that we’ve gathered enough data on our free-flying demonstration, then we’ll start the process of planning for it to be brought in.

“We haven’t picked a firm date for that.  We wanted to get NG-12 up in orbit and berthed and make sure that is in good shape.  And then we’ll turn our sights on how the mission has gone, if there’s anything else we need to demonstrate that we haven’t thought of yet, and then we’ll start the planning process to end NG-11.

“But I do expect that mission to end before NG-12 most likely.” 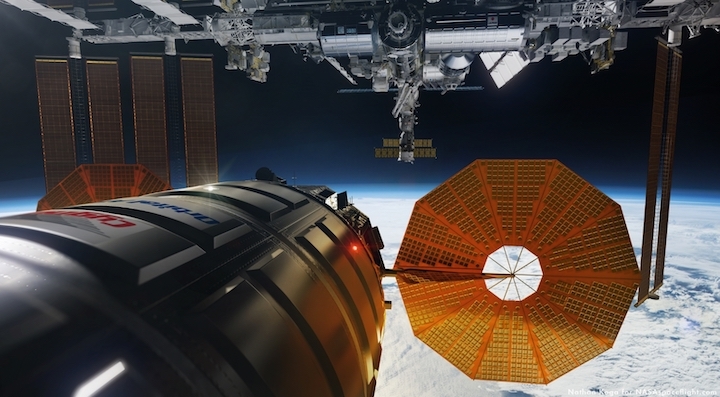 In a previous interview with NASASpaceflight earlier this year, Mr. DeMauro noted that NG-11 would likely re-enter sometime in the late-November or December time period this year.

As for NG-12, it will remain berthed to the International Space Station until 13 January 2020 under the current plan.

After it is released from the Station, it will deploy a few CubeSats and then deorbit within a couple of weeks.

There are no plans, at this time, to leave NG-12 in orbit for a long-duration, post-Station mission.