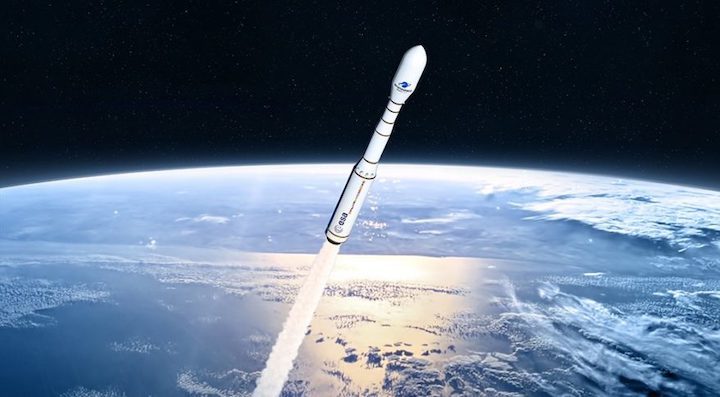 Avio CEO Giulio Ranzo said during a Nov. 7 earnings call that Vega is on track for a return to flight by March, though what payload will launch on the mission is still to be determined.

Avio, based in Colleferro, Italy, has started building hardware for the return-to-flight mission, Ranzo said, including second stage components modified to prevent a repeat of the rocket’s July failure.

Meanwhile, the maiden flight of the next-generation Vega C, which was previously planned for March, is now projected for sometime in the first six months of the year, he said.

Ranzo said there is a recognition among European leaders that Vega C and the upcoming Ariane 6 rocket that ArianeGroup is building, also for a 2020 launch, will face a more competitive global launch market than what was anticipated when both rockets began development in 2014.

ESA’s 22 member states will decide what initiatives to fund for rockets and other space programs for the next three years at the agency’s ministerial conference Nov. 27-28 in Seville, Spain. Ranzo said Colleferro, Italy-based Avio is anticipating two programs that will benefit Vega C, Ariane 6, and the P120C booster that both rockets use — Vega C as a first stage, Ariane 6 as a strap-on.

“On the P120 program, on the Vega C program, and on the Ariane 6 program, there will be streams of technology development targeted at cost reduction using new materials, using commercial off the shelf equipment, using simple more automated production processes, and further changes in the way we do things may allow for further cost reduction,” Ranzo said.

That first program targets improvements that can be implemented between 2023 and 2025, he said. A second “stream of projects” focuses on longer-term improvements for both rockets, he said.

For Avio, the longer-term focus is Vega E, a future version of the rocket that uses a more versatile liquid-oxygen and methane upper stage. Vega E would also be a three-stage rocket, compared to the current Vega and upcoming Vega C, which are four-stage launchers.

ESA, at the ministerial, could provide enough funding to bring that upper stage close to completion, Ranzo said.

Completing the M10 upper stage “will give us another opportunity to turn Vega into something even more cost competitive, flexible and capable,” he said.

Avio is preparing to enter a transition phase from 2020 to 2023 when it will build Vega and the more powerful Vega C rocket simultaneously. Vega E is expected to debut in 2025, according to ESA’s website.

Ranzo said Avio is discussing with Arianespace of Evry, France, whether its Vega smallsat rideshare mission should be the vehicle’s return to flight launch. The mission, using the new Small Spacecraft Mission Service adapter from SAB Aerospace, still has 42 smallsats coordinated to launch despite the delay, he said.

SSMS was one of two missions originally anticipated this year, the other being the UAE’s second Falcon Eye remote sensing satellite, that are now delayed to 2020. Vega’s July failure destroyed the UAE’s first Falcon Eye satellite, which was insured for about $415 million.

Ranzo said the July failure has made selling Vega launches more difficult, but has not stopped market traction. He offered as proof the selection of Vega late last month to launch the European Space Agency’s Biomass satellite in 2022. The launch vehicle decision was made by Airbus, which also procured the July launch of UAE’s Falcon Eye 1.

“It was quite reassuring for us to continue on the relationship with Airbus in spite of the failure,” Ranzo said.

Airbus is building Biomass, a 1,200-kilogram carbon dioxide-monitoring satellite, under an ESA contract from 2016.

Ranzo said Avio and the independent commission that reviewed the July failure concluded that a “rigorous implementation” of its recommendations will ensure a safe return to flight. He did not detail the nature of those recommendations.

Ranzo said the impact of the failure on sales is also limited because Vega’s backlog stretches into 2022, meaning sales efforts are focused on launch slots three years from now.

Avio reported 270.3 million euros ($298.7 million) in revenue for the first nine months of 2019, up 3% from the same time last year. The company’s EBITDA, or earnings before interest, taxes, depreciation and amortization, grew 5% to 23.5 million euros over the same period.