How possible is the Von Braun Rotating Space Station? 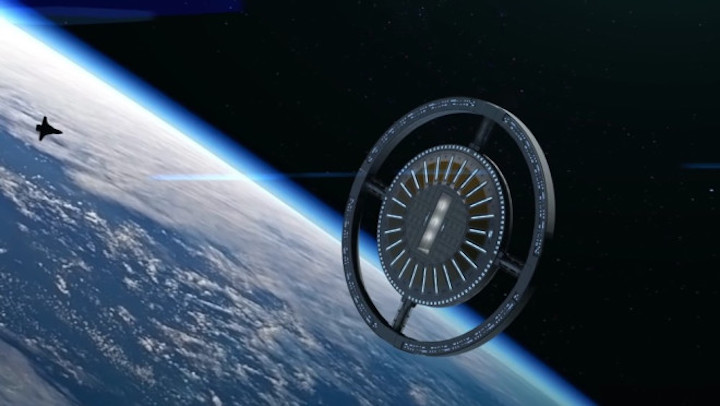 A visualization of the orbiting Von Braun Rotating Space Station which will support scientific experiments but also function as a "space hotel" for tourists.

Will you be planning a trip to an orbiting "space hotel" as early as 2025?

The Gateway Foundation, a private company developing this "space hotel," thinks so. The organization plans to build what it describes on its website as "the first spaceport." This spaceport, the Von Braun Rotating Space Station, will orbit Earth and will accommodate not only scientific research but also visiting tourists looking to experience life away from our home planet.

But, while any timeline for the creation of such a structure would be daunting, the Gateway Foundation plans to build the spaceport as early as 2025 (with the support of the space construction company Orbital Assembly). 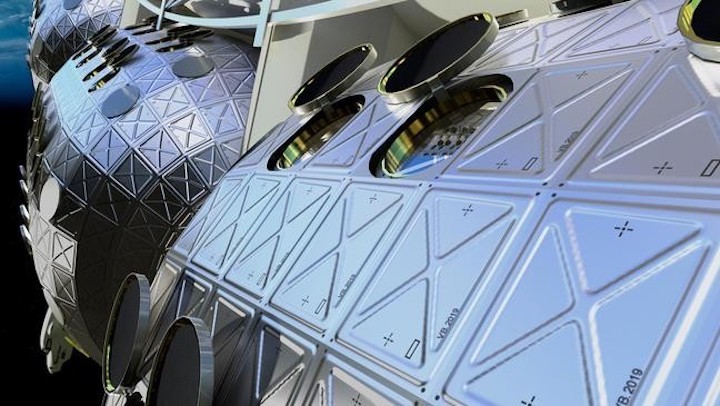 According to Timothy Alatorre, the lead architect of this space station, who also works as the treasurer and an executive team member at the Gateway Foundation, the Von Braun station is designed to be the largest human-made structure in space and will house up to 450 people. Alatorre is also designing the interiors of the station, including the habitable spaces and gymnasium.

As its name implies, the concept for the station is inspired in part by the ideas of Wernher von Braun, who pioneered in the field of human spaceflight first for Nazi Germany and then for the U.S. This design is inspired by his ideas for a rotating space station, which were derived from other, older ideas. "He had inherited a lot of ideas from previous scientists and authors and theorists, so it wasn't entirely his idea for the torus-shaped, doughnut-shaped space station, but he kind of adopted it. He expanded upon it and eventually, he popularized it," Gary Kitmacher, who works for NASA in the International Space Station program, told Space.com. Kitmacher also has worked on the design of the space station, NASA's shuttle program, Spacehab and Mir, and has contributed as an author in textbooks and to the book "Space Stations: The Art, Science, and Reality of Working in Space (Smithsonian Books, 2018)."

Additionally, "the inspiration behind it [this space station] really comes from watching science fiction over the last 50 years and seeing how mankind has had this dream of starship culture," Alatorre told Space.com. 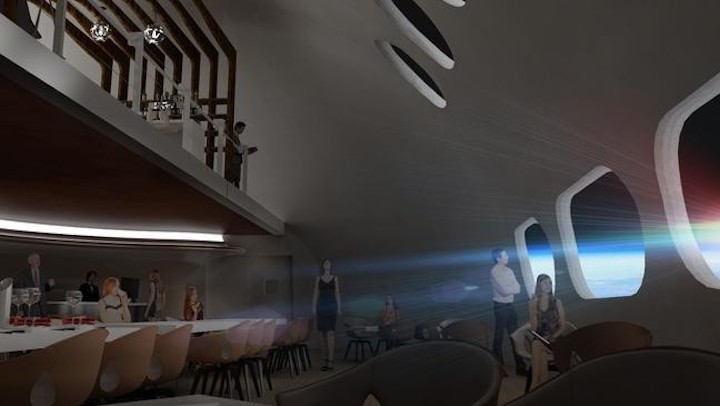 "I think it started really with 'Star Trek' and then 'Star Wars,' and [with] this concept of large groups of people living in space and having their own commerce, their own industry and their own culture, as it were," he added.

The team drew inspiration partially from Von Braun's concept of a rotating space station that utilizes artificial gravity for the comfort of its passengers. But, while this new design will use artificial gravity in areas of the station, it will also have spaces on board that will allow passengers to feel the weightlessness of space.

The ultimate goal for this station is to have it include amenities ranging from restaurants and bars to sports that would allow passengers to take full advantage of weightlessness on board the station. The station will also have programs that include the arts, with concerts on board. "We do hope, though, that people take the time to be inspired, to write music, to paint, to take part in the arts," Alatorre said.

Gateway Foundation officials acknowledge that the station might not be entirely finished by 2025, but the group aims to develop the station's main structure and basic functions by then. "We expect the operation to begin in 2025, the full station will be built out and completed by 2027. … Once the station's fully operational, our hope, our goal and our objective is to have the station available for the average person," Alatorre said. "So, a family or an individual could save up reasonably … and be able to have enough money to visit space and have that experience. … It would be something that would be within reach."

He added that "once or twice a week, we would have new people coming up, and they would be able to spend a couple days or a couple weeks."

So … how would this all work? Is it at all possible?

Alatorre said that the Gateway Foundation feels that such a project is now possible because the growing success of commercial aerospace companies like SpaceX has made launch options more affordable.

He added that the company admits that it's possible its timeline is pushing it somewhat. "We completely understand that delays are almost inevitable with aerospace, but based on our internal projections and the fact that we're already dealing with existing technology, we're not inventing anything new. … We really feel that the time frame is possible," he said.

The company also concedes that its plans are ambitious.

"I think you could do it," Kitmacher said. "You'd have to have the way to transport it into orbit."

"It might not be done the way in which we would go about doing it at NASA, but I think you can design and build hardware on a fairly rapid schedule," Kitmacher added.

But while it may be possible, there are a number of variables specific to space that the team will need to consider. For instance, the temperatures in space for those orbiting our planet range from extreme heat to extreme cold, depending on whether the astronauts are in direct sunlight or in the dark. "The real concern is to design the habitat — the pressurized module that you're going to be living in — [in] such a way that it can handle those kinds of temperature changes," Kitmacher said.

With a tight timeline and a number of difficult variables, Kitmacher said that the main obstacle the Gateway Foundation will have to overcome is actually cost. The "cost not only of designing and certifying and getting the whole thing into orbit but also the cost associated with taking the paying passengers, the tourists, up and back," he said. 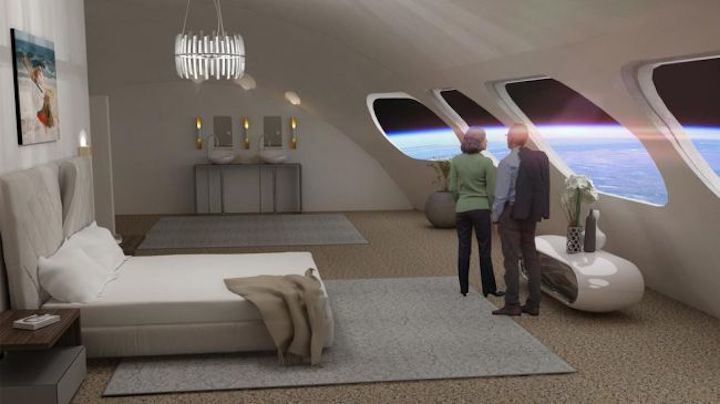 In addition to the technical challenges involved in building this space station, there are a heap of social concerns that could make its success more difficult.

For starters, if there is a "space hotel," that means the facility would have to have employees. That would mean extended periods of time in space, and research has shown that spaceflight and being in microgravity can have a number of effects on human health.

This would also mean that, if the space station actually becomes an accessible spaceport in orbit around Earth, more people (and not all of them highly trained astronauts) would be flying to space much more regularly than humans do today. There would likely be physical risks involved with such an increased amount of space travel for a wider variety of people, as well as significant legal red tape that the company would have to deal with to get this space station not only off the ground but also to allow for travel to this "space hotel."

Another issue that could affect the public's perception of this developing concept is its association with Wernher von Braun, who was a member of the Nazi partyand an SS officer during World War II.

"We were drawing off of his [von Braun's] inspiration, which is why we started describing it as the von Braun station," Alatorre said. But, "there have been people who've questioned the name, definitely."

While many might disagree, Alatorre added, "our opinion on it is Wernher von Braun was a reluctant Nazi."