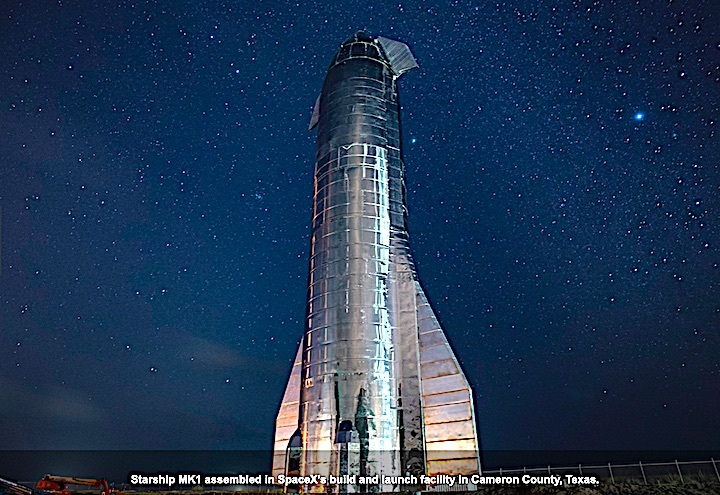 NEW YORK CITY – SpaceX President and COO Gwynne Shotwell outlined plans for its two development programs at a recent investor conference, giving her forecast for when the company will fly people on its next-generation rocket and begin offering internet from its satellite network.

The company has raised more than $1.3 billion this year to build both Starship, the massive rocket it wants to use to fly people to the moon and Mars, and Starlink, a network of as many as 30,000 satellites to provide high speed internet. SpaceX is building multiple Starship rockets at once, as founder Elon Muskhas the company on an ambitious timeline to begin launching Starship regularly and prove that it can be reused easily, like an aircraft.

Shotwell, speaking at Baron Fund’s annual investment conference at the Metropolitan Opera House on Friday, gave an update on SpaceX’s goals for Starship.

“We want Starship in orbit next year; we want to land it on the moon before 2022 with cargo and with people shortly thereafter,” Shotwell said.

However, much like Musk in his presentation last month, Shotwell hedged her estimate, saying that “every time I make a prediction about schedule I turn myself into a liar.” Most of SpaceX is focused on the company’s Crew Dragon capsule, which is undergoing a final series of tests before it flies two NASA astronauts.

“It’s a critical program for us, as it’s our first step to flying astronauts,” Shotwell said.

Shotwell said SpaceX wants to fly Crew Dragon frequently so the company can learn as much as it can about flying people safely. While SpaceX has dozens of successful rocket launches under its belt, it has yet to fly astronauts. The first Crew Dragon flights will go to the International Space Station – much like the uncrewed test mission SpaceX performed with the capsule in March – and will be an important step toward its grander ambitions.

“Then we’ll put people on Starship and send them to farther places,” Shotwell said.

An animation of SpaceX’s rocket Starship launching through the Earth’s atmosphere.
SpaceX

Once complete, Starship will be an immense rocket as SpaceX designed the rocket to carry as many as 100 people. But, more importantly, the company is applying the lessons its learned landing rockets to make Starship fully reusable, Shotwell explained.

SpaceX has successfully recovered 44 boosters from its Falcon 9 and Falcon Heavy rockets. But while the booster recoveries have been a step forward in rocketry, it only represents the bottom portion of the rocket. SpaceX wants to recover both Starship, which will be the upper part of the rocket, and its Super Heavy booster.

“So we’re not going to waste anything ... all we’ll spend money on is fuel,” Shotwell said.

Raumfahrt - SpaceX wants to land Starship on the moon within three years, president says, with people soon after
850 Views
Created with page4