UFOlogy continues to make little, if any, progress in resolving the UFO mystery. Despite numerous organizations and govern- ment agencies throughout the world studying the problem, the only thing that has been learned is that people mistake normal events for exotic ones. Yes, there are “unidentified” cases but they resolve nothing. There can be many reasons for the an “uniden- tified” classification. I have demonstrated, repeatedly, in this newsletter that many UFO cases that have been classified by others as “unidentified” can be identified if properly investigated/evaluated. Others have been just as successful in resolving such cases. Unfortunately, UFO organizations/UFOlogists, who claim to be scientific, often are not interested in any potential explanations for these sightings. For instance, in SUNlite 10-1, I clearly demonstrated a video taken in Squamish, British Columbia, was the Inter- national Space Station. Instead of admitting the possibilty they had made a mistake, those who took the video chose to continue promoting it. MUFON, a ”scientific” organization dedicated to researching UFOs, chose to classify it as one of their best UFO cases of 2017! Their investigator simply rubber stamped the claims and the organization apparently endorsed it because of its publicity value. Meanwhile, the videographers now have revealed they are producing a movie about their adventures, with one of the high- lights being this Squamish video. When it comes to UFOs, it seems that money, not science, is the biggest motivating factor.
Quite a few individuals in UFOlogy are counting on the“To The Stars Academy”(TTSA) to deliver the goods and resolve the“mystery” surrounding UFOs. Amid much fanfare, they quickly showed three videos they managed to get from the Department of Defense. The TTSA then managed to get their own television program, which simply repeated more UFO stories and one-sided interpretation of the videos. All this demonstrated was the TTSA is in it for the money and not in it for scientific research. If UFO proponents are hoping for this group to resolve the UFO problem, they are going to be disappointed because it is no different than the other UFO organizations that exist today or have existed in the past.

What great UFO revelations have been linked to money making schemes? The Alien Autopsy and Roswell slides come to mind. What about the various individuals, who have tried to make money by promoting UFO videos and photographs that fail to convince anybody outside of the UFO community? Then there are the annual conventions, where all sorts of items are on sale to take advan- tage of the gullible. UFOlogy’s desire for financial gain results in them losing any credibility.

I realize that there are some UFO researchers that do good work. I applaud their efforts since they attempt to be objective in their approach. Unfortunately, they are a minority and their voices are not heard by the “leaders” in UFOlogy, who are interested in pro- moting themselves for financial gain, personal fame, or both. 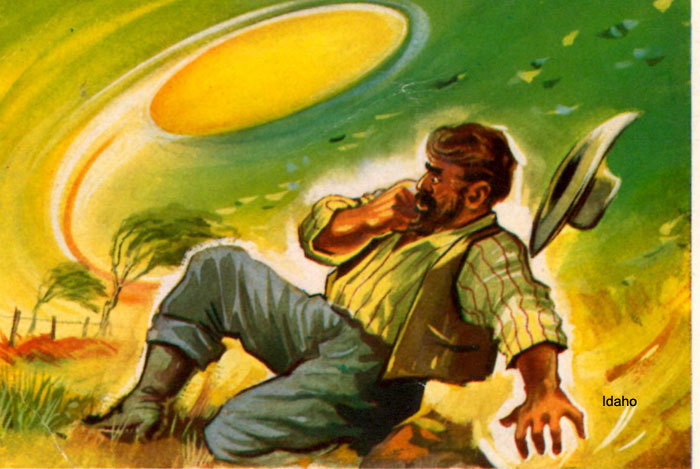 People say seeing is believing, but I disagree. All the evi- dence suggests the opposite is the truth. In plain fact, we see what we believe.

UFO-Forschung - Unfortunately, UFO organizations/UFOlogists, who claim to be scientific, often are not interested in any potential explanations for these sightings.
926 Views
Created with page4