The EROSITA X-ray telescope aboard a German-Russian satellite has taken its first images of the hot universe.

Between October 17th and 19th, the German-built EROSITA telescope used all seven of its X-ray-collecting modules to reveal the hot and violent universe in the galaxy next door.

Following its launch on July 13th, the telescope flew for three months aboard the Spektrum-Röntgen-Gamma (Spektr-RG) satellite before arriving at its destination: the Earth-Sun system's L2 Lagrange point, 1.5 million kilometers (1 million miles) from Earth on the opposite side from the Sun. There, the telescopes aboard Spektr-RG underwent commissioning, where engineers turn on the instruments and work out any kinks. Despite some hiccups during this phase, and after some extensive testing to show that everything was operating as expected, EROSITA is now seeing the universe near and far with X-ray vision. 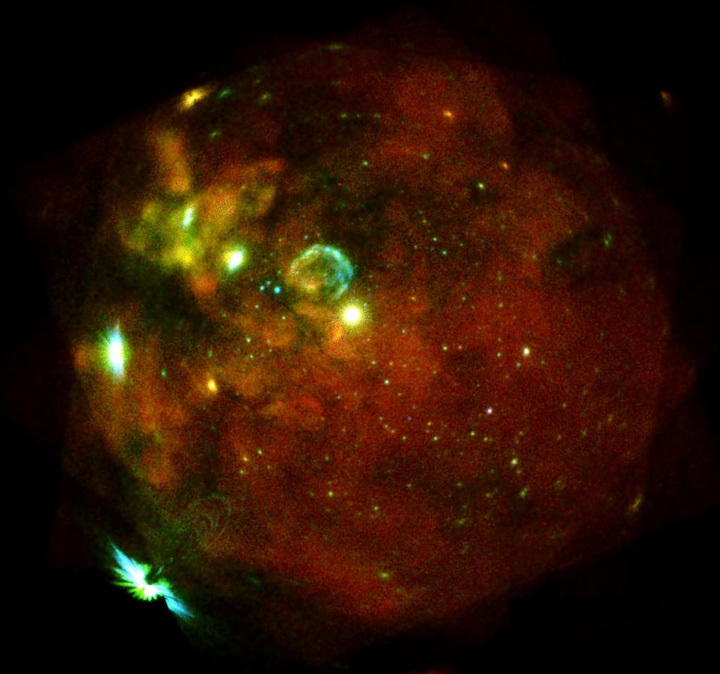 The Large Magellanic Cloud (LMC) is the largest satellite galaxy of the Milky Way and hosts stellar nurseries whose hot, X-ray-emitting gas can be seen in this image. At 170,000 light-years from Earth, the LMC makes for a relatively close and well-studied target. EROSITA images can thus be compared to images taken by other X-ray observatories such as XMM-Newton and Chandra.

A second image from EROSITA shows the hot gas swirling around a set of galaxy clusters in a slow-motion crash. The galaxies in these clusters are 800 million light-years from Earth. 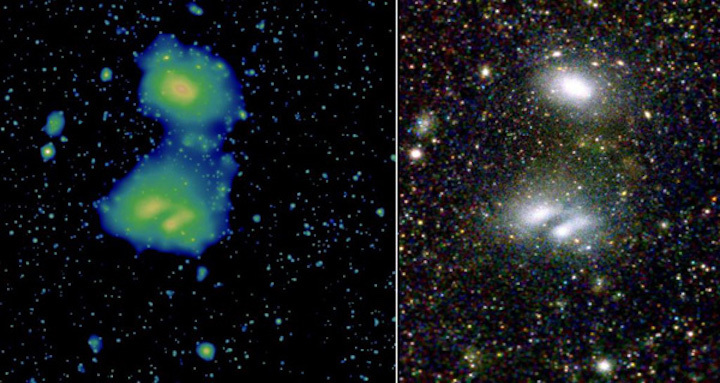 After snapping some more pictures, EROSITA will begin its primary mission: a four-year program to map the X-ray sky in the kind of detail normally reserved for smaller fields trained on selected objects. EROSITA is expected to detect millions of new X-ray sources, including 100,000 galaxy clusters. Ultimately, astronomers hope to use these clusters to shed light on the universe's evolution and the nature of dark energy.