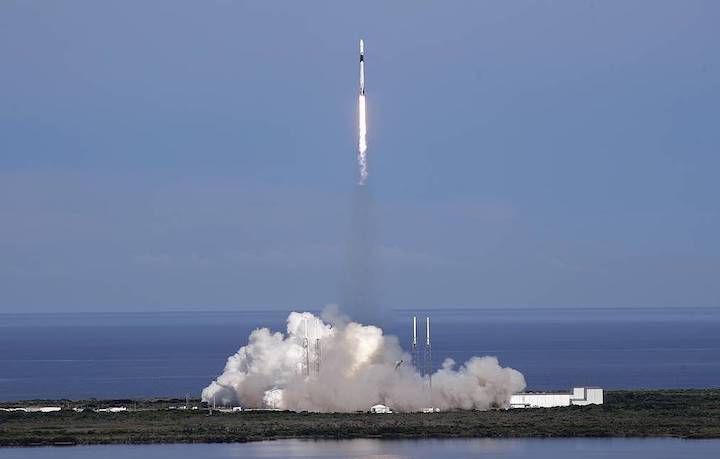 The launch of the first reusable flyback carrier rocket similar to that of Elon Musk’s SpaceX is planned for 2020, owner of the design bureau, privately owned Laros Oleg Larionov told TASS.

Laros is developing a range of reusable small-lift carrier rockets (PH) that will use the mixture of hydrogen peroxide (90%) and aviation kerosene. Laros PH-1, the first modification of the rocket, is a single-stage suborbital rocket with engine with traction of 500 kg.

"We plan to launch the suborbital carrier rocket in 2020. That rocket will be brought to the height of 120-130 km and is required to refine the so-called dynamic landing. Meaning that we pull out the rocket, turn it round and then land it as Musk does," Larionov explained.

Currently the design bureau is working at the rocket’s engines, he said, adding that a range of experimental samples have been produced with traction of 20 kg that use hydrogen peroxide and aviation kerosene. All engines are 3D-printed, Larionov noted. "After those samples reach stable results the engine will be scaled up to 500 kg traction," he said. After the suborbital rocket is refined, the company will start the creation of orbital reusable lightweight launch vehicle Laros РН-2, which will carry playful payload weighing 200 kg to the height of up to 400-500 km.