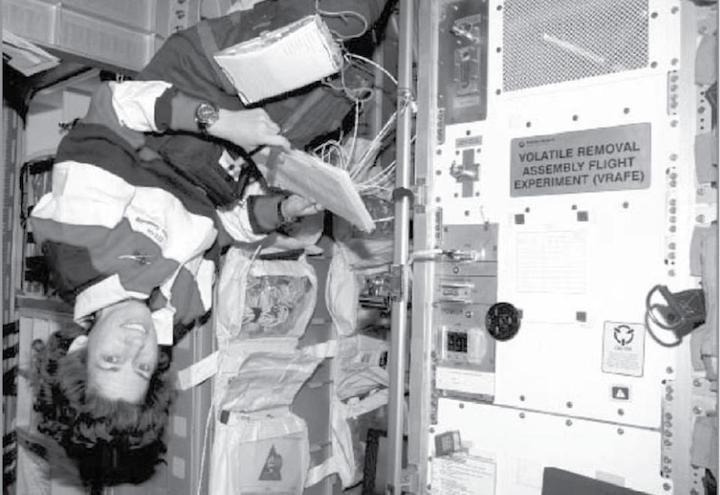 This past week, NASA celebrated its first all female spacewalk. Yay!! Lots of people are inspired by the idea of outer space and space travel. But the reality of daily life in space is probably much different than what you think. For one thing, astronauts on the International Space Station get most of their drinking water by recycling wastewater. That’s because launching fresh supplies of water or air or any other expendable life support equipment to the Station and then returning the used equipment back to Earth is too expensive to keep doing over and over again.

So crewmembers on the Space Station use a Water Recovery System to recycle their urine, condensation from cabin humidity and wastewater to reuse it as their clean drinking water. Without this process, 15,000 pounds of water and other consumables would need to be launched from Earth every year to support the six crewmembers living on the Station.

The Water Recovery System uses a low-pressure vacuum distillation process to recover water from urine. This occurs inside a rotating distillation assembly, which compensates for the absence of gravity and aids in the separation of liquids and gases in space. The water that’s recovered from the urine gets combined with all the other wastewater from hand washing and showering and all of that gets delivered to the Water Processor for treatment.

Before the crew can use the water that’s been recovered, it has to meet stringent purity standards. The Water Processor removes gas and solid materials such as hair and lint. Then a series of multi-filtration beds purify the water even further. Finally, a high-temperature catalytic reactor assembly removes the remaining organic contaminants and microorganisms. Since any contaminants in the water coming out of the system would increase the water’s conductivity, electrical conductivity sensors are used to check the water’s purity. If the water is unacceptable, it gets reprocessed over again.

Eventually the clean water is sent to a storage tank, where it’s ready for use by the crew. Yum.