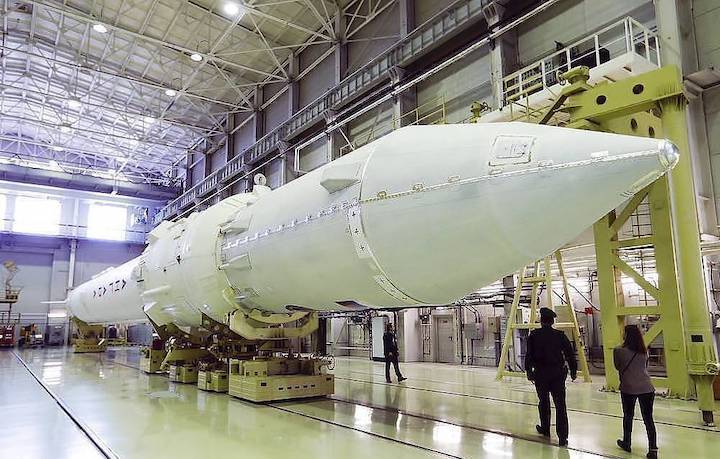 The project of Russia’s Angara-A5P rocket to put into the orbit Russia’s Oryol manned spacecraft is due to be designed by late 2019, a rocket and space industry source told TASS.

"Right now, the project is being designed. It should be ready by the end of 2019," the source said.

In his words, the project is now in its initial stages. According to the source, the prospective rocket should be more reliable and safer than the standard Angara-A5.

Another industry source told TASS that the concept of delivering the manned spacecraft atop the heavy Angara rocket was revived by Roscosmos Director General Dmitry Rogozin after the space corporation’s previous top management suggested using Soyuz-5 for the purpose.

However, the use of Soyuz-5 would have made manned launches more expensive and complicated, the source added.

TASS has requested an official comment from Angara’s designer, the Khrunichev Center.

The Angara is a family of Russian new-generation space rockets. It comprises standardized light-, medium-and heavy-class carrier rockets with a lifting capacity of up to 37.5 tonnes (for operation in a low near-Earth orbit). Russia intends to use these rockets to launch space vehicles of all types: satellites, spacecraft and automatic inter-planetary stations.