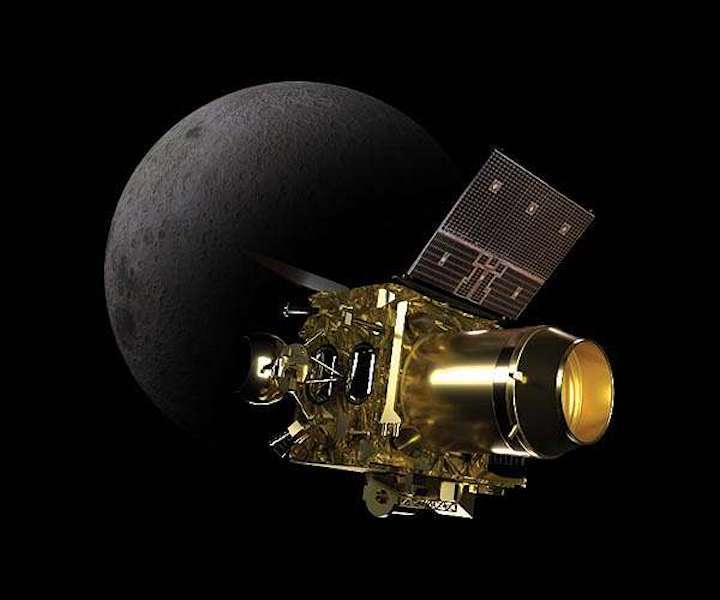 Even though India's second Lunar Mission, Chandrayaan-2, failed to soft-land on the surface of the Moon, the country's space agency, the Indian Space Research Organisation (ISRO) was able to save the Orbiter, which will still rove around the satellite for seven years, collecting data on the lunar surface and atmosphere.

Indian Space Research Organisation (ISRO) had launched the mission, Chandrayaan-2, on 7 September, but suffered a setback after the lander Vikram lost contact with Earth, during its attempt to touch down on the lunar surface, minutes before the scheduled time.

The national space agency said on Thursday that the rover continues to study the properties of the Sun and characteristics of the solar system. The ISRO said the payload on the Orbiter in its first few days, could detect charged particles and their intensity variations during its first passage through the long tail (geotail) of Earth's magnetosphere.

?The Orbiter's life was initially planned to last one year, but during its journey to the Moon, the ISRO was able to save fuel, which made it possible to extend its life for a longer period. It is capable of communicating with the Indian Deep Space Network (IDSN) at Byalalu, near India's southern city of Bengaluru.

"The Earth's magnetosphere is compressed into a region approximately three to four times that of the Earth's radius (~22000 km above the surface) on the side facing the Sun but is stretched into a long tail (geotail) on the opposite side that goes beyond the Moon's orbit. Approximately, once every 29 days, the Moon traverses the geotail for about six days centred around the full Moon. Thus Chandrayaan-2 also crosses this geotail, and its instruments can study properties of the geotail at a few hundred thousand kilometres from Earth," said the ISRO.

Chandrayaan-2, with all its domestically-made payloads, began its voyage on 22 July from ISRO's spaceport on the eastern seacoast of Sriharikota in Andhra Pradesh. After an initial hiccup, it crossed all hurdles seamlessly.

Despite the setback to India's historic attempt, NASA lauded the Chandrayaan-2 mission, saying it "inspired" the US space agency, and it was looking forward to exploring the solar system with its Indian counterpart.

"Space is hard. We commend the ISRO's attempt to land their Chandrayaan-2 mission on the Moon's South Pole. You have inspired us with your journey, and we look forward to future opportunities to explore our solar system together," NASA said in a Tweet early in September.

Former NASA astronaut Jerry Linenger told the Indian news agency, PTI that the lessons learned from India's "bold attempt" to soft-land Chandrayaan-2's Vikram module on the lunar surface would help the country during its follow up missions'.

"We should not be too discouraged. India was trying to do something very, very difficult. In fact, everything was going as planned as the lander came down," Linenger added.