Earlier, the crew including only Russians flew to the Mir orbital station in 2000 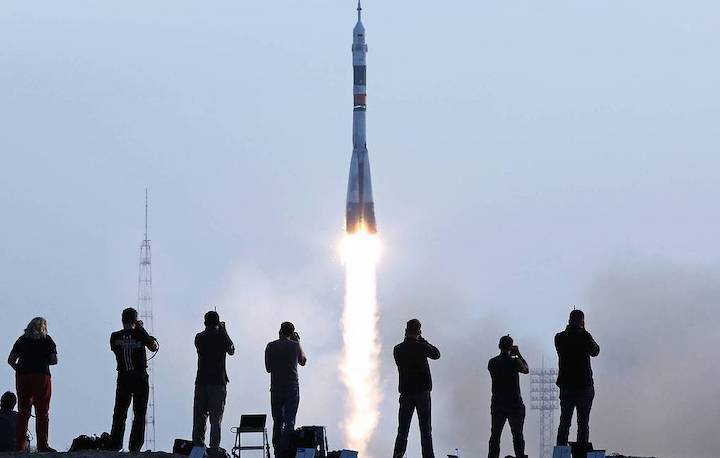 The first crew of the Soyuz MS spacecraft consisting only of Russian cosmonauts could blast off to the International Space Station in autumn 2020, Manned Spaceflight Executive Director at the Roscosmos State Space Corporation Sergei Krikalev told reporters on Friday.

Earlier, the crew including only Russians flew to the Mir orbital station in 2000. Back then, Russian cosmonauts Sergey Zaletin and Aleksandr Kaleri headed there onboard the Soyuz TM-30 manned spacecraft.

"Next year, we will have one launch with two [Russian cosmonauts] and then there will be three of them," Krikalev said, noting that these launches would take place in spring (April or March) and in autumn.

On Thursday, Roscosmos Director General Dmitry Rogozin said during his visit to Russia’s Khrunichev Center that NASA would need flights on Russian spacecraft due to the delayed SpaceX's manned test flight of its Crew Dragon capsule.

The Roscosmos head said that Moscow sought to launch a fully Russian crew consisting of three cosmonauts, but NASA’s demand in seats could ruin these plans.