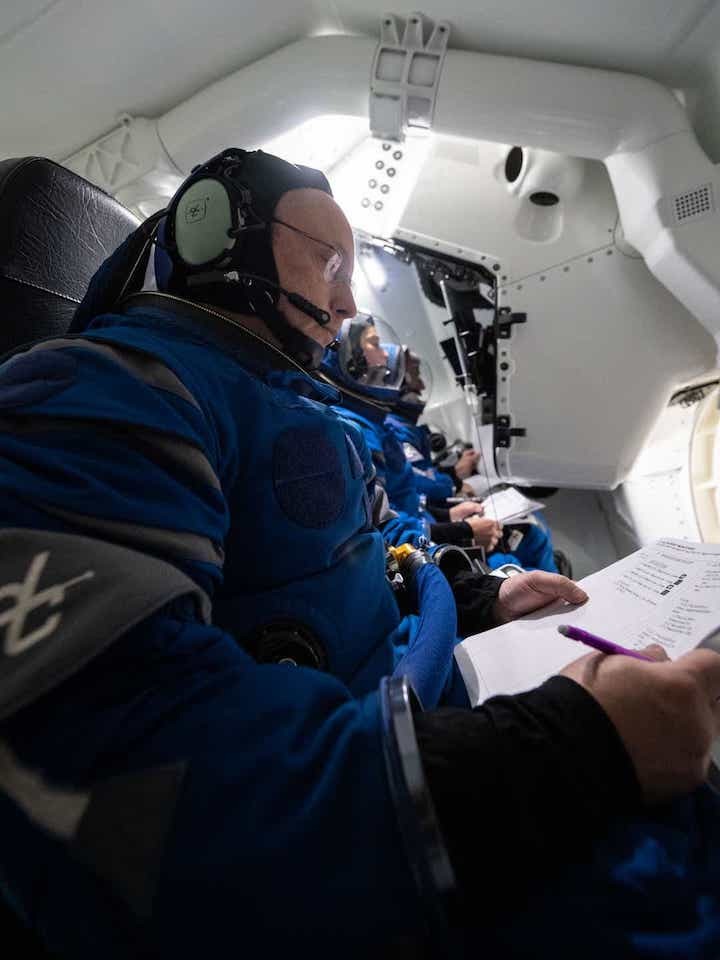 NASA astronaut Mike Fincke works through a check list inside a mockup of Boeing's CST-100 Starliner during a simulation at NASA's Johnson Space Center on Aug. 21, 2019.
NASA / James Blair

On Tuesday, Vice President and program manager of the Boeing Commercial Crew program, John Mullholland spoke at a luncheon for aerospace professionals in Cape Canaveral. Many attendees were hoping he'd reveal the date of the upcoming orbital flight test of Starliner but instead he assured them "we really are close." Boeing last stated the test flight would be in October.

He said they are in the final stages of preparation and testing and "almost across the finish line" to transport the spacecraft to ULA for stacking. The test flight of the Starliner CST-100 uncrewed capsule is the next major step in Boeing's plan to be a commercial launch provider transporting astronauts to the International Space Station for NASA. The spacecraft will launch on a United Launch Alliance Atlas V rocket from Cape Canaveral Air Force Station.

In addition, Boeing is also preparing for the pad abort test at the White Sands Missile Range in New Mexico.

Meanwhile, the astronauts that will launch to the ISS for the highly anticipated first crewed flight are busy preparing.  Astronauts Chris Ferguson, Mike Fincke and  Nicole Mann recently underwent training aboard a mockup of Boeing’s CST-100 Starliner at NASA’s Johnson Space Center in August.

“There’s no such thing as a bad day at work when training for a Starliner spaceflight,” Chris Ferguson tweeted.