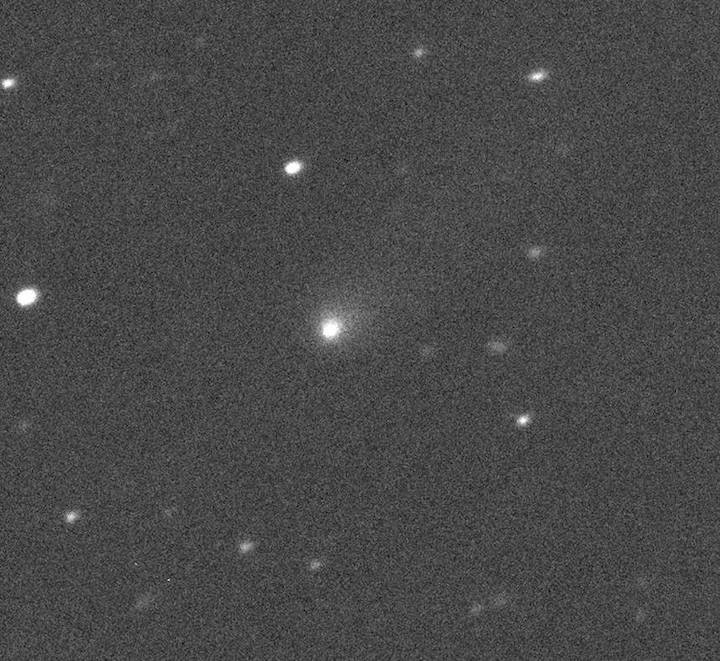 A newly discovered comet has excited the astronomical community this week because it appears to have originated from outside the solar system. The object — designated C/2019 Q4 (Borisov) — was discovered on Aug. 30, 2019, by Gennady Borisov at the MARGO observatory in Nauchnij, Crimea. The official confirmation that comet C/2019 Q4 is an interstellar comet has not yet been made, but if it is interstellar, it would be only the second such object detected. The first, 'Oumuamua, was observed and confirmed in October 2017.

The new comet, C/2019 Q4, is still inbound toward the Sun, but it will remain farther than the orbit of Mars and will approach no closer to Earth than about 190 million miles (300 million kilometers).

After the initial detections of the comet, Scout system, which is located at NASA's Jet Propulsion Laboratory in Pasadena, California, automatically flagged the object as possibly being interstellar. Davide Farnocchia of NASA's Center for Near-Earth Object Studies at JPL worked with astronomers and the European Space Agency's Near-Earth Object Coordination Center in Frascati, Italy, to obtain additional observations. He then worked with the NASA-sponsored Minor Planet Center in Cambridge, Massachusetts, to estimate the comet's precise trajectory and determine whether it originated within our solar system or came from elsewhere in the galaxy.

"The comet's current velocity is high, about 93,000 mph [150,000 kph], which is well above the typical velocities of objects orbiting the Sun at that distance," said Farnocchia. "The high velocity indicates not only that the object likely originated from outside our solar system, but also that it will leave and head back to interstellar space."

Currently on an inbound trajectory, comet C/2019 Q4 is heading toward the inner solar system. On Oct. 26, it will pass through the ecliptic plane — the plane in which Earth and the other planets orbit the Sun — from above at roughly a 40-degree angle.

C/2019 Q4 was established as being cometary due to its fuzzy appearance, which indicates that the object has a central icy body that is producing a surrounding cloud of dust and particles as it approaches the Sun and heats up. Its location in the sky (as seen from Earth) places it near the Sun — an area of sky not usually scanned by the large ground-based asteroid surveys or NASA's asteroid-hunting NEOWISE spacecraft.

Observations completed by Karen Meech and her team at the University of Hawaii indicate the comet nucleus is somewhere between 1.2 and 10 miles (2 and 16 kilometers) in diameter. Astronomers will continue collect observations to further characterize the comet's physical properties (size, rotation, etc.) and also continue to better identify its trajectory.

The Minor Planet Center is hosted by the Harvard-Smithsonian Center for Astrophysics and is a sub-node of NASA's Planetary Data System Small Bodies Node at the University of Maryland. JPL hosts the Center for Near-Earth Object Studies. All are projects of NASA's Near-Earth Object Observations Program and elements of the agency's Planetary Defense Coordination Office within NASA's Science Mission Directorate. 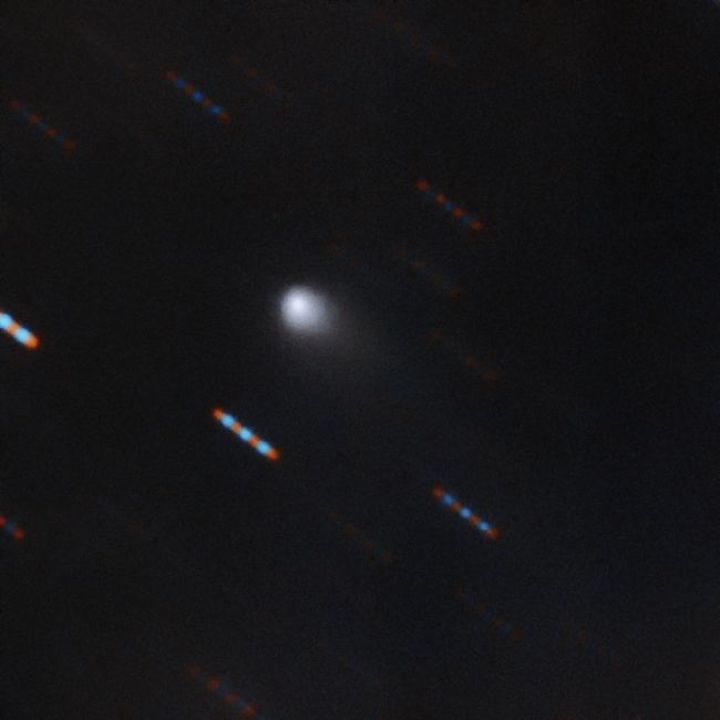 Astronomers have taken the first color photo of a potentially interstellar comet, and it looks spectacular.

The colored image allowed astronomers to spot a comet tail, which is the product of gases flowing off its surface. This tail is unique among the suspected interstellar visitors to our solar system. Of course, there have only been two such guests so far — this comet, named Comet C/2019 Q4 (Borisov), and 'Oumuamua, which is a long asteroid or space rock with no obvious gases flowing from its surface.

Astronomers nabbed the view the night of Sept. 9-10 using the Gemini Multi-Object Spectrograph on the Gemini North Telescope on Hawaii's Mauna Kea.

"This image was possible because of Gemini's ability to rapidly adjust observations and observe objects like this, which have very short windows of visibility," Andrew Stephens, who coordinated the observations at the Gemini Observatory, said in a statement. "However, we really had to scramble for this one since we got the final details at 3:00 a.m. [local time] and were observing it by 4:45!"

The comet was discovered by Russian amateur astronomer Gennady Borisov on Aug. 30. Right now its path in the Earth's sky brings it close to the sun, making it difficult to observe because it is best visible in twilight. In the next few months, the comet is expected to move further away from the sun — making it easier to see.

For these new Gemini observations, the astronomical team obtained them thanks to a target-of-opportunity program led by Piotr Guzik and Michal Drahus at the Jagiellonian University in Krakow, Poland. A research paper, led by Guzik, was uploaded to the preprint server Arxiv on Thursday (Sept. 12) and has been submitted to a journal for publication. (Papers on arXiv are not yet peer-reviewed.)

Astronomers aren't certain if this comet originated from outside our solar system, because its path through space isn't well defined. So far, however, the data suggests that its path is a hyperbola — meaning that it is dipping into the solar system before flying out again. Most comets and asteroids tracked in the solar system have elliptical orbits, which range from nearly circular to egg-shaped to long-looped orbits.