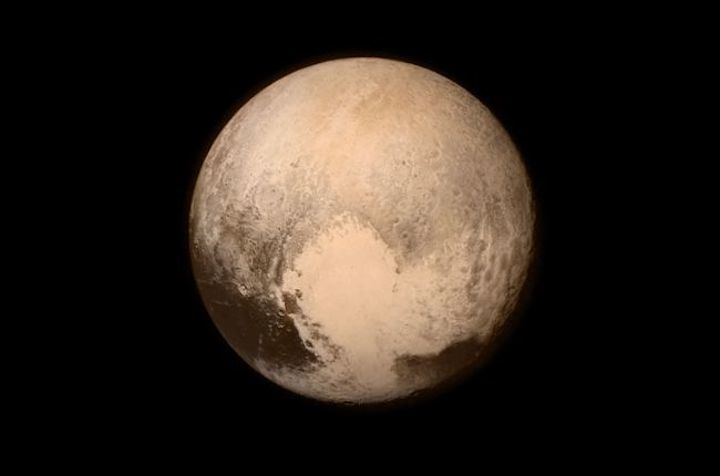 Even though Pluto was officially downgraded from planetary status over a decade ago, fans of the solar system's underdog are still rooting for the small cosmic body. Case in point: NASA Administrator Jim Bridenstine, who stepped into the long-standing debate over Pluto's planethood during press remarks on Friday (Aug. 23).

"Just so you know, in my view, Pluto is a planet, and you can write that the NASA administrator declared Pluto a planet once again, Bridenstine said during a FIRST robotics event in Colorado this week.

Video of the exchange was posted on Twitter by meteorologist Cory Reppenhagen of 9News.

That verdict goes against the official decision made by the International Astronomical Union (IAU) back in 2006, which resulted from a vote among astronomers.

But much to Pluto fans' delight, Bridenstine reiterated his dedication. Pluto is a planet, he said. "I'm sticking by that. It's the way I learned it, and I'm committed to it."

Pluto was discovered by American astronomer Clyde Tombaugh in 1930. Some researchers began calling Pluto's planethood into question in the late 1990s, after it became clear that Pluto was far from alone in the Kuiper Belt, the ring of icy bodies beyond Neptune's orbit.

Following years of debate, and the 2005 discovery of Eris, a distant object even larger than Pluto, the IAU stripped Pluto of its planetary status.

Instead, the IAU determined, Pluto and similar bodies should be classified as dwarf planets. Planethood requires that an object orbit the sun, have a nearly round shape, and "clear its orbital neighborhood," according to the IAU, and the astronomers who voted in the 2006 decision weren't convinced Pluto met that last criterion.

But the decision was highly controversial, and remains so today. Many scientists and laypeople alike advocate for Pluto's planetary status. One of the most prominent is Alan Stern, principal investigator of NASA's New Horizons mission, which flew by Pluto in 2015, revealing a stunningly complex and diverse world with large mountains and vast nitrogen-ice plains.

Stern has long decried the IAU's decision as unscientific, claiming that it was made primarily to keep the number of "official" planets at a manageable number.