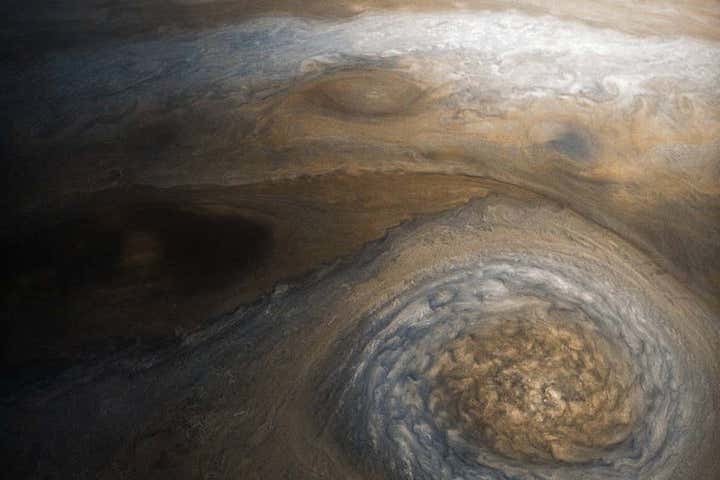 Jupiter has 79 known moons, and now five more of them have official names. In July 2018, Scott Sheppard at the Carnegie Institution for Science in Washington DC and his colleagues announced that they had found 12 new moons orbiting Jupiter. Five of those small moons have now been officially named by the International Astronomical Union (IAU).

When moons are found, they’re given a numerical designation as a placeholder. The discoverers have naming rights, and they submit their preferred names to the IAU for approval.

The IAU has a set of rules for each planet that govern how its moons can be named. All of Jupiter’s moons are named after figures from Greek and Roman mythology – either the lovers or descendants of Jupiter or Zeus. The last letters of the moon’s name are governed by which direction it orbits the planet.

Following those rules, five of Jupiter’s moons have now been named after descendants of Zeus. Two of them are daughters of the moon goddess Selene, called Pandia and Ersa. Another, called Eirene, is named for the daughter of Themis, the goddess of justice and wisdom. The last two are Philophrosyne and Eupheme, after granddaughters of Zeus.

Small moons like these five are probably shards of much larger objects that crashed together long ago, smashing each other into pieces. If we can find all of them – there are almost certainly more than we know of now – it could help us piece together what Jupiter’s original moon system looked like.