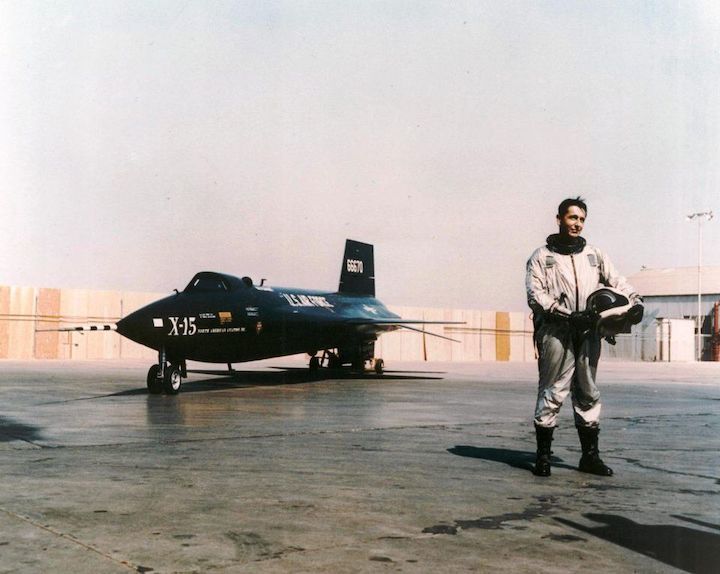 Bulky, black and hypersonic; the X-15 test aircraft was billed as the U.S.’ first crewed attempt to ply the outer reaches of Earth’s atmosphere and beyond. Even though most Americans alive today have likely never heard of it, next month marks 60 years since the X-15’s first powered test flight in California’s high desert.

Early on the morning of Sept. 17, 1959, test pilot Scott Crossfield, an aerospace engineer who also helped in the X-15’s initial design, sat in the rocket plane’s cockpit and waited. To conserve the test craft’s precious fuel, a B-52 was used to carry the X-15 up to its ideal launch altitude of some 40,000 feet. There, the pilot and test craft were dropped from a pylon situated underneath the B-52’s right wing.

On this propitious morning, the X-15’s first successful, powered flight hit speeds of Mach 2.11 and an altitude of 52,341 ft. And its whole flight was over in less than ten minutes.

A joint project of NASA, the Air Force, Navy, and North American Aviation in Inglewood, Calif., the 50-foot X-15 first arrived at Edwards Air Force base on a flatbed truck in mid-October of 1958 . 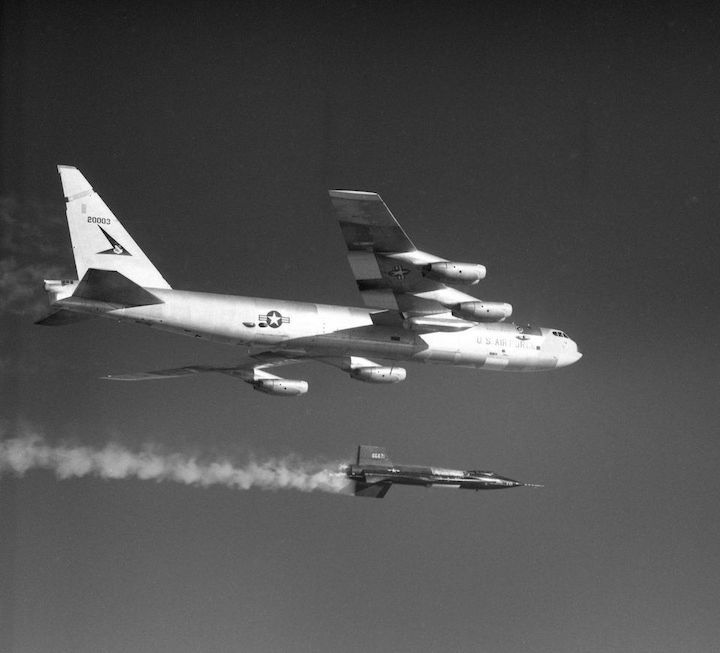 First powered flight of the X-15

“Its tall, thick vertical tail, elongated nose, and smooth body with a V-shaped canopy barely sticking up above the fuselage were fairly standard,” Amy Shira Teitel writes in “Breaking the Chains of Gravity: The Story of Spaceflight before NASA.” “The most obvious unconventional thing about the X-15 was its power plant.”

Its XLR-99 throttleable rocket engine was powered by anhydrous ammonia and liquid oxygen to give it a maximum thrust of 57,000 lb., says NASA; enough to boost it to an altitude of 250,000 ft. and velocities of Mach 6.6. But in fact, the Thiokol-built rocket burned only for the first two minutes of flight; the rest of the 8 to 12 minute flight time, the craft was making a ballistic arc up and then back down again to make a 200-mph landing on a dry lakebed.

The highly-successful, ten year X-15 program saw 199 flights over what was called the "high range" mostly to the East of Edwards Air Force Base, Calif. But here are a few little known facts about the X-15.

The X-15 tested the first space thrusters on a crewed vehicle. 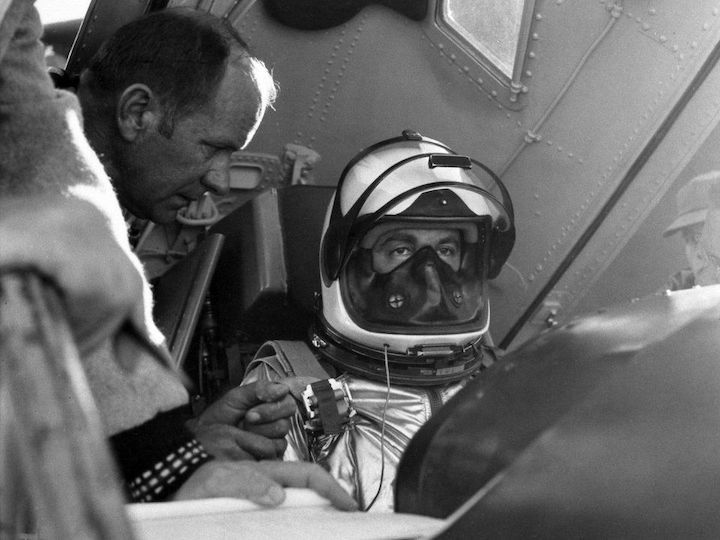 Scott Crossfield sits in the cockpit of the X-15 before a flight. While others hook up oxygen, the G-suit, his seatbelts and more, he focuses intently on the flight ahead of him.

The X-15 would have never been possible without Inconel-X, a new nickel-chrome alloy of the era.

The X-15’s outer skin consisted of Inconel-X that was durable and able to withstand the 1200 to 1300 degrees F.-high temperatures that hypersonic flight and reentry from low-Earth orbit can create. Inconel-X weighs some three times more than standard aluminum. So, the X-15’s manufacturer, North American Aviation, saved considerable weight through the use of titanium in parts of the internal structure not subject to high temperatures, says NASA. Inconel-X, says NASA, would retain most of its strength at 1200° F., a temperature that would melt aluminum and render stainless steel useless.

The X-15 resulted in the development of the first “practical” full pressure flight suit.

At extremely high altitudes, without a full-body pressure suit, a human body is subjected to untenably low pressures. NASA estimates that without a spacesuit in the relative vacuum of space, a human can only survive for about a minute, as the liquids in your body would literally boil and oxygen would be sucked out of your lungs. Thus, pilots of the X-15 needed protection from such low pressures.

The suit ultimately flown on the X-15 served as the prototype for those used later by NASA’s Mercury and Gemini astronauts, says the National Museum of the U.S. Air Force. The helmet contained oxygen equipment, a microphone, earphones and an anti-fogging feature, the museum notes. However, at Crossfield’s insistence, the whole cockpit was pumped full of inert nitrogen in order to mitigate any threat of fire.

The X-15 came equipped with what was basically a tractor seat.

“We asked ourselves who in this country has had the most experience keeping someone in a seat under rough conditions over prolonged periods?” Crossfield and Clay Blair write in “Always Another Dawn: The Story of a Rocket Test Pilot.” “We found that the International Harvester Company (IHC), manufacturers of tractors and farm equipment, had investigated the natural frequency of a human spine.”

Crossfield liked what he learned about the shape of such IHC seats for farm equipment and thus chose the same design for the X-15. As a result, the test plane came equipped with an exact duplicate of a tractor seat. 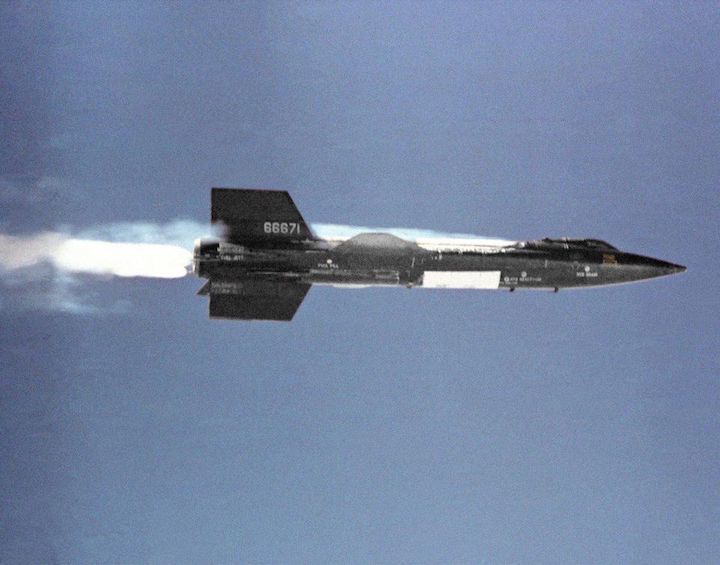 The X-15 in full powered flight.

The hope among X-15 advocates was that the rocket plane would become a reusable link between ground and space.

In 1956, the Air Force initiated what it termed the “Manned Ballistic Rocket Research System.” One of the program’s proposals was to launch the X-15 atop a two-stage Air Force Navaho booster rocket of the era. The idea was to launch from Cape Canaveral and to at least make a single Earth orbit, as co-authors Dennis Jenkins and Tony Landis write in “Hypersonic: The Story of the North American X-15.”

Upon Earth re-entry, the pilot would eject and descend by parachute before ditching the X-15 in the Gulf of Mexico, Jenkins and Landis note. But after the Soviets’ Sputnik launch everything changed. The idea of using a space capsule mounted to the top of an existing ballistic missile gained traction and eventually became the basis of NASA’s Project Mercury, they write.

The design genesis for the X-15 and the spaceplanes of today, ironically, had their roots in Nazi Germany. Apparently, the Third Reich was intent on using a hypersonic rocket-powered suborbital vehicle dubbed Silbervogel (Silverbird) to bomb targets inside the U.S. Thankfully, their plans never came to pass.

But the X-15’s peacetime research over the dry lakes of the American Southwest is credited with speeding the way for NASA’s crewed space flight programs, including Apollo. 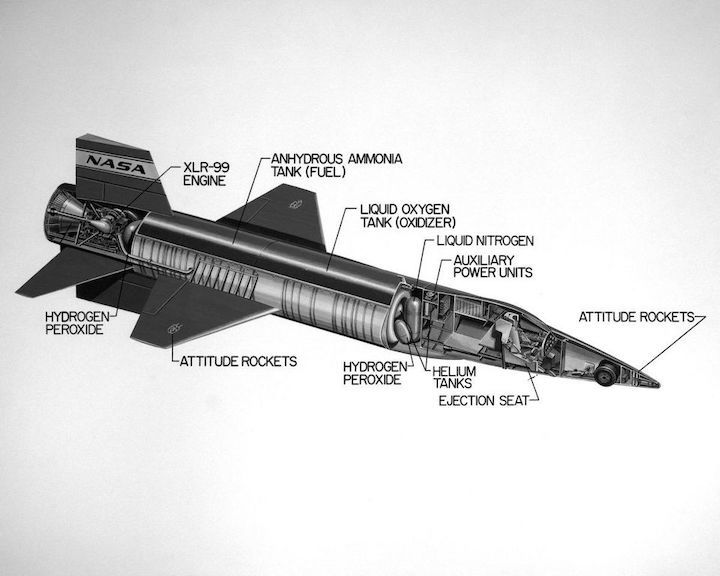